Economic devastation from climate crisis will be like two COVID pandemics per year by 2050: analysis 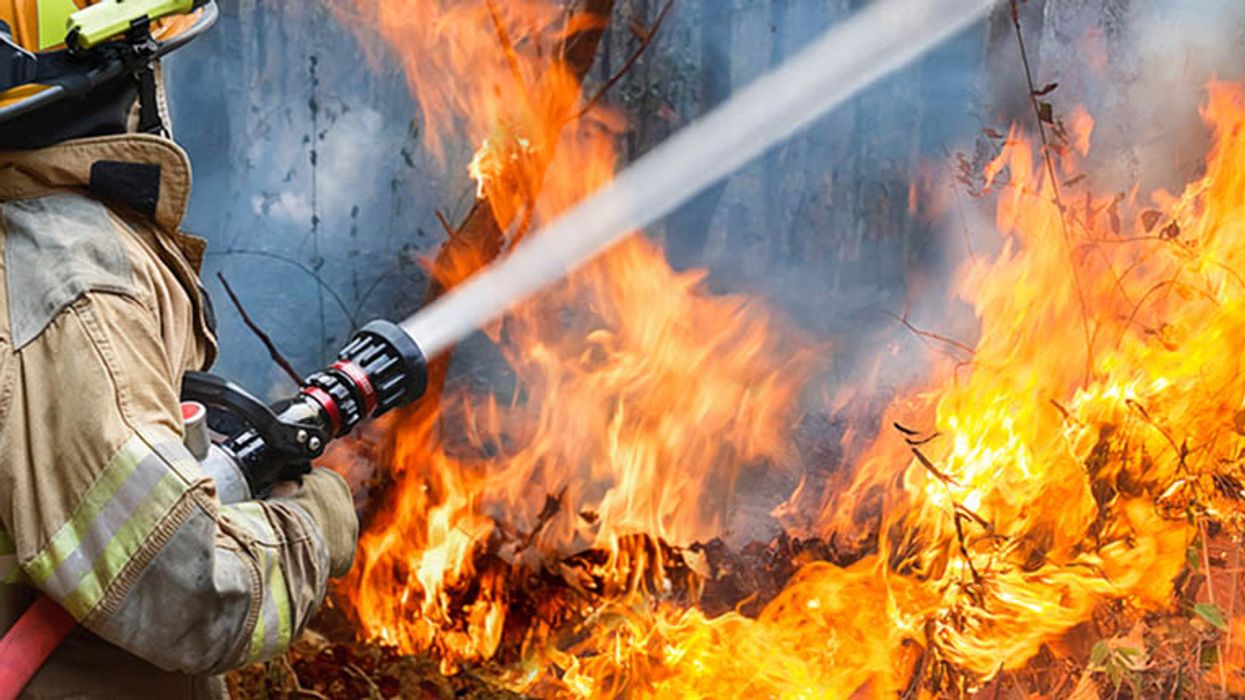 New research by global insurance giant Swiss RE warns that the looming devastation of runaway greenhouse gas emissions and the climate crisis could result in economic retractions twice as potent as the global recession unleashed by Covid-19—a calamity, unlike the pandemic, which could go on for many years without end.

Analyzing the figures compiled in a research report (pdf) by Zurich-based Swiss RE, Oxfam International said while the world's poorest nations will be hardest hit, even the rich nations—like those of the G7 meeting this week in the United Kingdom—will not be spared from the economic pain that will come if world temperatures rise by 2.6ºC that some scenarios predict.

According to Oxfam, economies of the G7 nations could see an average loss of 8.5 percent annually by the middle of the century―equivalent to $4.8 trillion―if more urgent action to address global warming is not taken immediately.

The international aid and anti-poverty group said this potential drop in GDP is double that of the coronavirus pandemic, which resulted in an average 4.2% reduction among G7 nations, recessions that resulted "in staggering job losses and some of the largest economic stimulus packages ever seen." But, Oxfam added, "economies are expected to bounce back from the short-term effects of the pandemic, the effects of climate change will be seen every year."

The devastation for poor nations would be enormous.

"The economic turmoil projected in wealthy G7 countries is only the tip of the iceberg: many poorer parts of the world will see increasing deaths, hunger and poverty as a result of extreme weather," said Max Lawson, head of Inequality Policy at Oxfam, in a statement. "This year could be a turning point if governments grasp the challenge to create a safer more liveable planet for all."

As the group's analysis notes:

Jerome Haegeli, a chief economist at Swiss Re involved with the research, told the Guardian that: "Climate change is the long-term number one risk to the global economy, and staying where we are is not an option—we need more progress by the G7. That means not just obligations on cutting CO2 but helping developing countries too, that's super-important."

The research from Swiss RE, as Oxfam details,

modelled the economic impacts of climate change on 48 countries in four different temperature paths and used different impact scenarios to account for the large parameter uncertainty and missing climate impact channels usually present in the climate economics literature. The projections used in this press release assume high stress factors and global warming of 2.6°C by mid-century, which is a level of warming that could be reached based on current policies and climate pledges from all countries. All figures relate to real GDP. The GDP projections compare a warmer world with a world unaffected by climate change.

Ahead of the G7 summit in the U.K., global climate campaigners have continued to urge the world's richest and most powerful nations—also its largest emitters—to not only commit to stronger pledges on reducing fossil fuel pollution, but to increase their financial pledges to the developing world that have contributed far less to the climate crisis but continue to face its most devastating impacts.