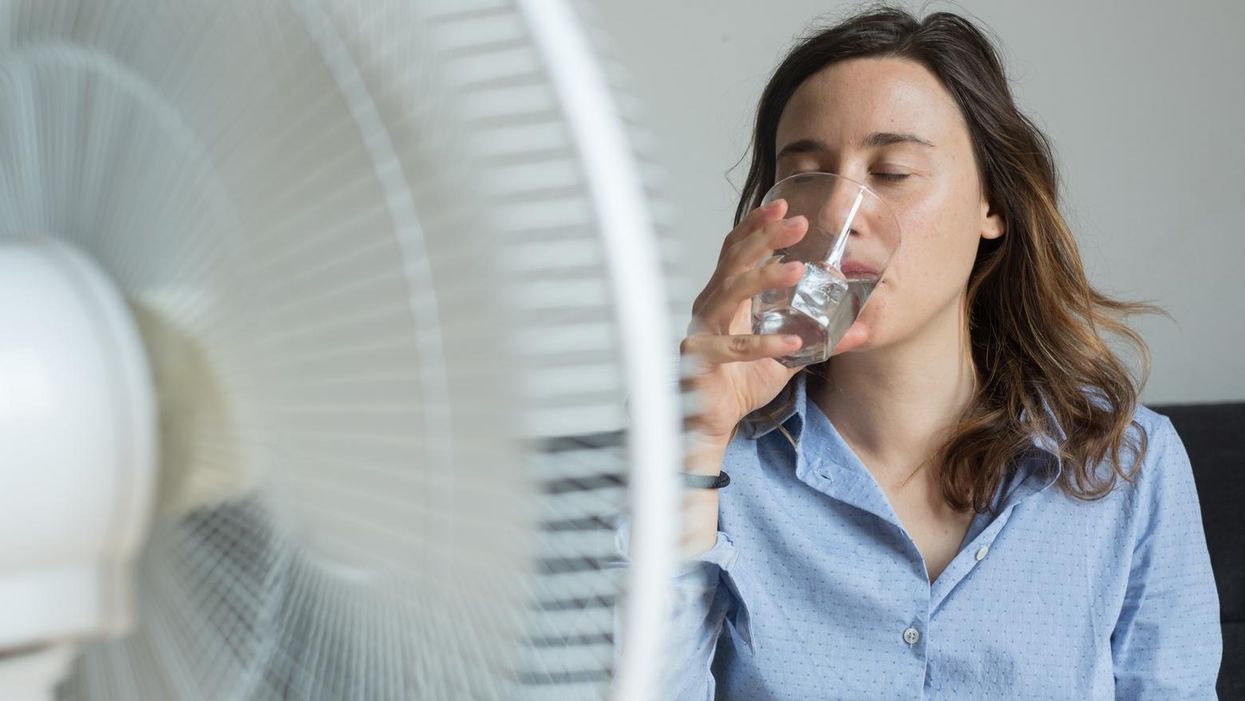 As what the National Weather Service described as "dangerous and record-breaking heat" affects 50 million people across the Western United States even before the first day of summer, climate experts and activists are using the hot conditions to reiterate warnings and calls for policy change as scientists are seeing their dire predictions come true.

"The current heatwave and drought leave no doubt, we are living the dangerous effects of the climate crisis," activist and former Democratic presidential candidate Tom Steyer tweeted Friday. "Action is urgently needed."

Steyer shared a Thursday New York Times report on the extreme heat that also caught the attention of Campaign for Nature director Brian O'Donnell, who warned that in the absence of bold action to address the climate emergency, "this will all get much worse."

Extreme heat, drought and wildfires are all happening now in my hometown of Durango, CO. This will all get much wor… https://t.co/KPX2vQdUmA
— Brian O'Donnell (@Brian O'Donnell) 1623939639.0

O'Donnell's ominous warning was echoed by Daniel Swain, a Colorado-based climate scientist at the Institute of the Environment and Sustainability at the University of California, Los Angeles.

"We'e still a long way out from the peak of the wildfire season and the peak of the dry season," Swain told the Times. "Things are likely to get worse before they get better."

The newspaper detailed some of the current conditions in the U.S. West:

A heat dome is baking Arizona and Nevada, where temperatures have soared past 115 degrees this week and doctors are warning that people can get third-degree burns from the sizzling asphalt.

At Lake Mead, which supplies water for 25 million people in three southwestern states and Mexico, water levels have plunged to their lowest point since the reservoir was filled in the 1930s. In California, farmers are abandoning their thirstiest crops to save others, and communities are debating whether to ration tap water.

In Texas, electricity grids are under strain as residents crank their air-conditioners, with utilities begging customers to turn off appliances to help avert blackouts. In Arizona, Montana, and Utah, wildfires are blazing.

As National Weather Service meteorologist John Salmen put it to the Associated Press while discussing temperatures in and around Las Vegas that are expected to continue this weekend: "This is pretty impressive. We're seeing all-time records fall."

Swain told The Guardian that "the most distressing part is that this is very much in line with predictions. Climate scientists have been repeating essentially the same messages and warnings since before I was born."

Katharine Hayhoe, a Texas-based climate expert and chief scientist at the Nature Conservancy, responded similarly in comments to the newspaper.

"The extreme heat and the wildfires aren't surprising. But it is just surreal to see what you only ever saw before in your research studies and models, actually happening in real life. And you're almost dumbfounded by the speed at which your projections have become reality," she said.

Citing survey results that suggest even though about three-quarters of Americans recognize that the planet is warming, less than half think it will directly harm them, she told The Guardian that "right now is a really important time for scientists to communicate with the public that climate change is here, and climate action matters."

Writing Wednesday for Intelligencer, David Wallace-Wells, author of The Uninhabitable Earth, outlined what this summer could look like in California—which has seen some devastating and historic wildfires in recent years—and beyond:

Fire isn't neatly predictable, since it depends both on underlying conditions (moisture on the ground and the amount of dead flora, often called "fuel") and a considerable amount of randomness (wind events and "ignitions" both human and natural). But while there is always the possibility that ignitions could be anomalously quiet, and that the state could endure a year of off-the-charts conditions without having to fight and flee and breathe the smoke of a commensurate fire season, the outlook for 2021 isn't just bad, it is quite a bit worse than that, even if you are modeling expectations off the record-setting recent past. Across the American West, "extreme" drought conditions are more widespread than they've been in at least 20 years. The next category worse, called "exceptional" drought, typically rare, is already this year blanketing most of the West and Southwest; it's so widespread it would probably be better called "unprecedented drought," at least in the age of modern record-keeping. This week arrives, throughout the region, what is expected to be a record-breaking heat wave, with temperature warnings issued for more than 50 million people: In Phoenix, it could reach 118, and in Death Valley 127.

Already this spring, more than twice as many acres in California have burned as had by this point last year, when the state was on its way to more than doubling its previous fire record. Rerun last year's random ignitions on top of this year's underlying conditions, and you won't just have the worst season ever but, potentially, something considerably scarier still. Get relatively lucky, with fewer ignitions than is typical, and you're still probably in for the sort of season that used to set state records and scar the memory of populations as recently as a decade or two ago.

Meanwhile, in Texas, "the temperature at George Bush Intercontinental Airport on Wednesday passed 94 degrees for the sixth day in a row. It was the ninth consecutive day that the peak heat there was worse than normal," the Houston Chronicle reported Thursday.

Noting that warmer weather is an expected result of human-caused climate change, the newspaper spoke with Texas State Climatologist John Nielsen-Gammon, who compared that area's higher temperatures, arriving earlier and lasting longer, to "a rising tide."

"Our climate in Texas is changing," said Suzanne Scott, state director of the Nature Conservancy in Texas. "It really affects everything from our natural resources to our economy and our quality of life."

As Common Dreams reported Wednesday, the high heat comes as negotiations between the White House and Congress over an infrastructure package drag on, and the conditions in the U.S. West are bolstering progressive lawmakers and activists' position of "no climate, no deal."

According to Climate Power executive director Lori Lodes, the "extreme heat, intensifying droughts, electric grids on the brink, and fires already burning hundreds of thousands of acres out West" make clear that "the need to include climate action in any infrastructure package should not be in question."