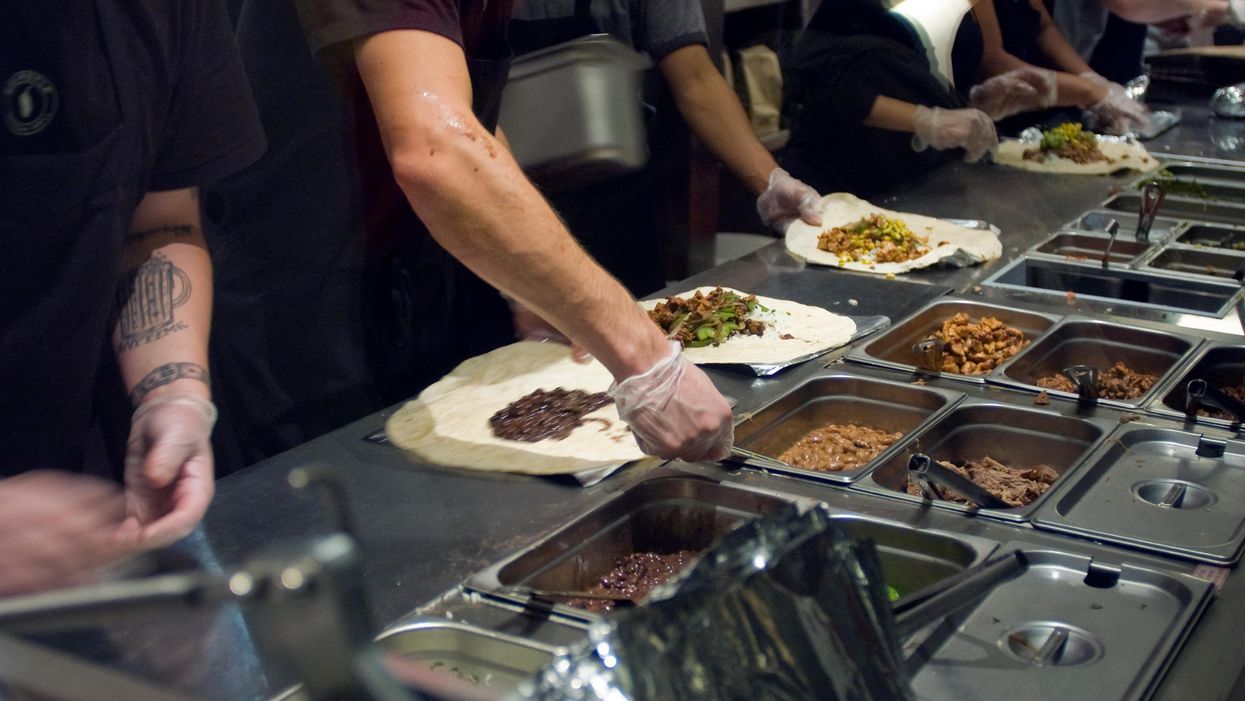 On June 9, National Republican Congressional Committee spokesman Mike Berg issued an official statement blaming Democratic policies for fast food chain Chipotle's decision to raise their prices by about 4%. Democrats have been mocking Berg for that statement. But in an op-ed published by The Guardian on June 13, liberal economist Robert Reich does more than mock Berg's claim — he debunks it.

Reich, in response, writes, "It seems Republicans have finally found an issue to run on in the 2022 midterm elections. Apparently, Dr. Seuss and Mr. Potato Head weren't gaining enough traction. The GOP's tortured logic is that the unemployment benefits in the American Rescue Plan have caused workers to stay home rather than seek employment, resulting in labor shortages that have forced employers like Chipotle to increase wages — which has required them to raise their prices. Hence, Chipotle's more expensive burrito."

Reich, who served as secretary of labor in the Clinton Administration during the 1990s, continues, "This isn't just loony economics. It's dangerously loony economics because it might be believed, leading to all sorts of stupid public policies."

The 74-year-old Reich goes on to explain why it's so ludicrous to blame the American Rescue Plan Act or the Biden Administration for Chipotle's price hike and other recent price hikes.

"Start with the notion that $300 per week in federal unemployment benefits is keeping Americans from working," Reich explains. "Since fewer than 30% of jobless workers qualify for state unemployment benefits, the claim is that legions of workers have chosen to become couch potatoes and collect $15,000 a year rather than get a job. I challenge one Republican lawmaker to live on $15,000 a year."

Reich adds, "In fact, evidence suggests that workers who are holding back from re-entering the job market don't have childcare or are still concerned about their health during the pandemic.

The economist notes that Chipotle raised its average wage but did so voluntarily, not because they were strong-armed by Democrats.

"When Chipotle wanted to attract more workers, it raised its average wage to $15 an hour," Reich notes. "That comes to around $30,000 a year per worker — still too little to live on, but double the federal unemployment benefit. Oh, and there's no reason to suppose this wage hike forced Chipotle to raise the prices of its burrito. The company had other options."

Reich wraps up his op-ed by saying that if the GOP were really the "party of the working class" as it is now claiming, Republicans would have no problem with companies like Chipotle increasing wages.

"If wages at the bottom rise because employers need to pay more to get the workers they need, that's not a problem," Reich stresses. "It's a victory. Instead of complaining about a so-called 'labor shortage,' Republicans ought to be complaining about the shortage of jobs paying a living wage. Don't hold your breath, or your burrito."