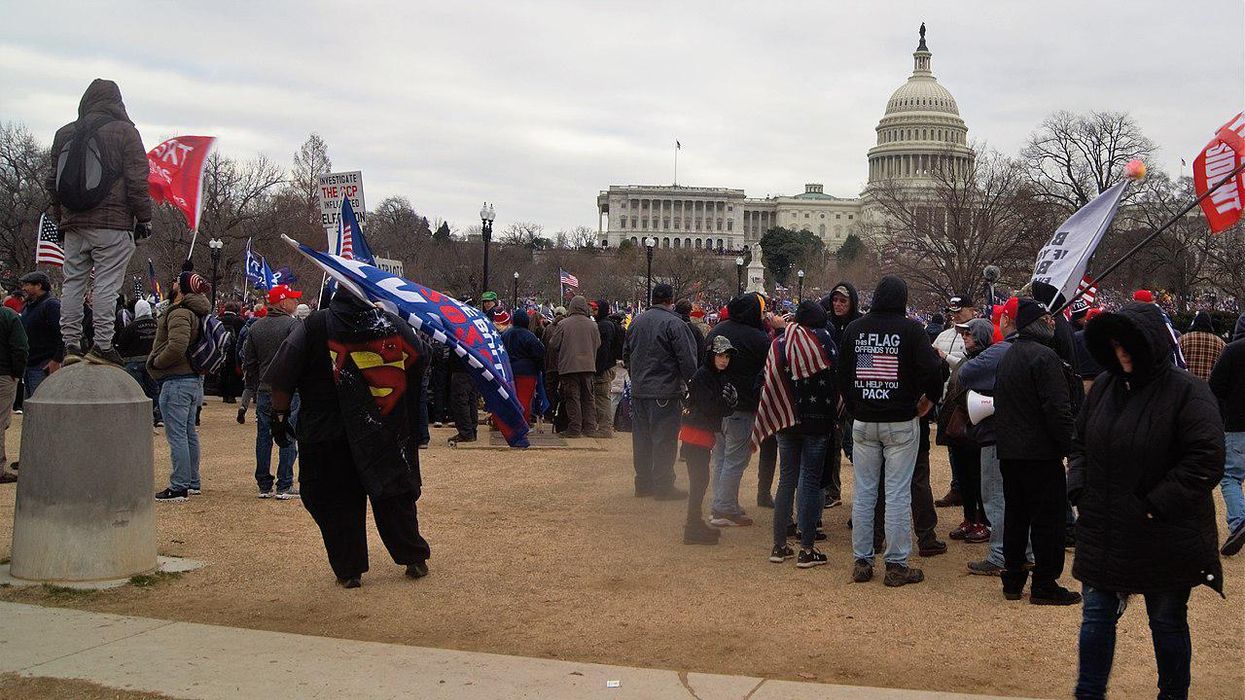 These days, social media posts are being used more and more in law enforcement investigations — and that includes probes of the January 6 attack on the U.S. Capitol Building. Social media, according to Business Insider reporter Erin Snodgrass, was a factor in the arrest of right-wing activist Jody Tagaris — who is facing four misdemeanor charges for her alleged role in the January 6 insurrection.

Tagaris, who was arrested in May, is facing charges that include entering a restricted building without permission and disorderly conduct in a federal building. Snodgrass describes the 67-year-old Tagaris as "a former prominent player in Palm Beach County's conservative circles" in South Florida.

"In mid-January," Snodgrass reports, "the FBI was alerted to a Facebook post under the name Jody Echevarria-Tagaris, that featured a photo of the defendant which indicated she had entered the U.S. Capitol during the pro-Trump attack earlier that month, according to court documents. The photo showed a woman dressed in distinct clothing, including an American Flag scarf, a unique U.S. Olympics American flag jacket, and a red 'Make America Great Again' hat, posing in the frame of a broken window next to the Senate Wing Door at the Capitol with the caption, 'The Capital ... back at hotel safe! Got tear gassed but okay!'"

Snodgrass notes that FBI investigators also saw that Tagaris, on Facebook, had announced her plans to be in Washington, D.C. on January 6 to attend then-President Donald Trump's "Stop the Steal" rally. And video taken on January 6 also confirms that she was in D.C. that day.

According to Snodgrass, Tagaris has been quite active in Republican politics in her state.

"During the early 2000s, Tagaris played a prominent role in Palm Beach County's Republican community, according to the Palm Beach Post," Snodgrass explains. "Then Jody Warmack, she served as a member of the executive committee of the county's Republican Party, associating with top lawmakers like the late U.S. Rep. E. Clay Shaw."

Tagaris, Snodgrass notes, ran for Palm Beach county commissioner in a 2002 GOP primary but lost by a landslide to incumbent Mary McCarty. In 2005, the South Florida Sun-Sentinel reported that Tagaris planned to challenge McCarty again. McCarty was later sentenced to prison for fraud, and Trump gave her a full pardon on December 23.

Furious Trump demanded leaker who revealed he fled to his bunker during protests be executed: report

Trump goes off on Justice Brett Kavanaugh in a new interview: 'Totally disgraced'