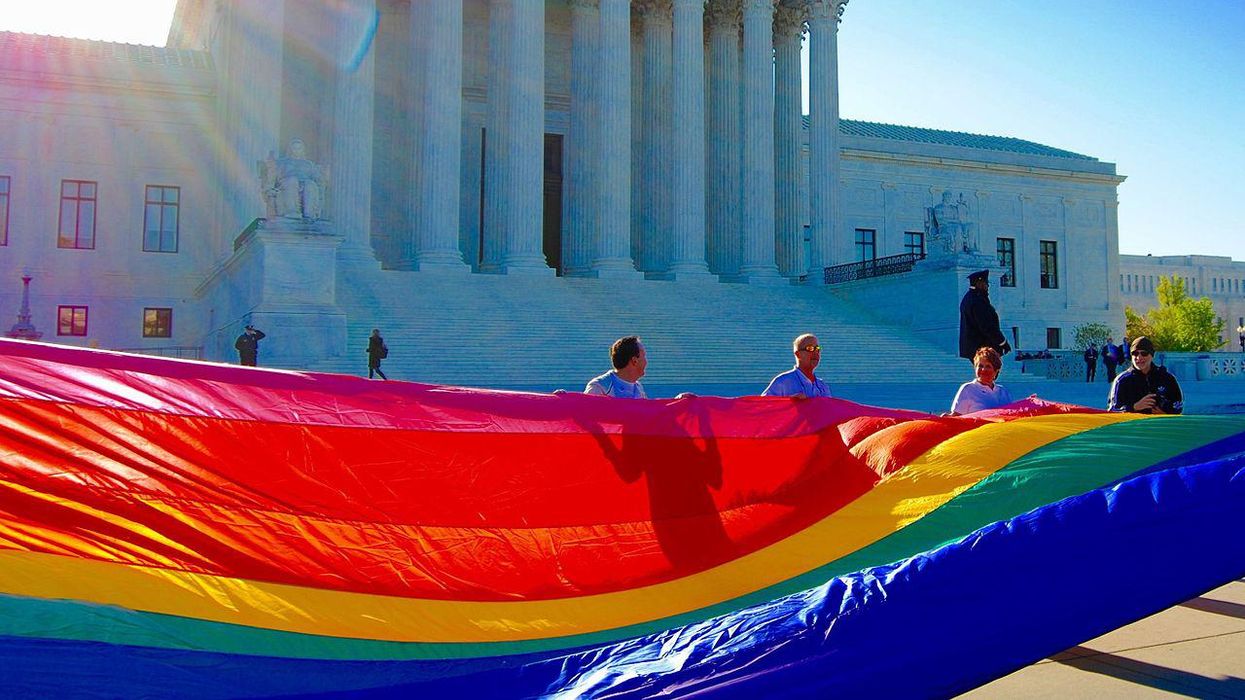 In the right-wing media, MyPillow CEO Mike Lindell is among the extremists who is often portrayed as a victim of "cancel culture" — and Lindell's critics are responding that given his willingness to promote outright lies and bogus conspiracy theories about the 2020 presidential election and his efforts to disenfranchise millions of Americans who voted for President Joe Biden, MyPillow should be boycotted as aggressively as possible. However, boycotts of businesses that promote extremism existed long before the 2020s, and a New York Times article by author Sasha Issenberg looks back on the use of boycotting as a tactic during the same-sex marriage debate of the 2000s and early 2010s.

In his article, published on June 5, Issenberg discusses Proposition 8 — a California ballot measure that called for banning same-sex marriage in that former red state turned blue state. The Christian Right pushed Proposition 8 forcefully, while gay rights activists fought hard against it. One person who fought against the measure was Fred Karger, a retired GOP operative. Karger, Issenberg explains, targeted Proposition 8 donor and California hotel owner Doug Manchester and went after others as well.

Issenberg, author of the book "The Engagement: America's Quarter-Century Struggle Over Same-Sex Marriage," recalls, "Instead of aiming to mobilize voters or move public opinion against the measure…. (Karger) decided to target the money behind it. Doug Manchester's $125,000 donation was not the biggest to the pro-Proposition 8 cause, but he was the most substantial public-facing target Mr. Karger could find. He began picketing Mr. Manchester's pre-eminent holdings, including the namesake downtown convention hotel, with a boycott that would endure for years. It was the first time gay-marriage activists adopted a strategy of scaring their most well-heeled opponents away from the fight."

Karger pushed for boycotting any businesses that donated money to Proposition 8.

"It was (in 2008) Mr. Karger decided to make famous every significant donor to the $40.5 million effort to pass Proposition 8," Issenberg recalls. "His group, Californians Against Hate, mined disclosure reports and listed everyone who contributed $5000 or more to pro-Prop 8 committees on a 'dishonor roll' website, with phone numbers and business addresses. Other activists made the data searchable via Google Maps, and he pitched out-of-state newspapers to cover local megadonors to the pro-Prop 8 group Protect Marriage."

According to Issenberg, "Mr. Karger recognized how the internet had lowered barriers to rallying consumers. Instead of relying on national organizations to mediate their activism, individuals could start and promote their own boycotts."

Proposition 8 passed in 2008, although it was subsequently overturned in court. Eventually, the U.S. Supreme Court legalized same-sex marriage nationwide with its historic 2015 ruling in Obergefell v. Hodges, much to the Christian right's dismay. And the tactic that Karger used with Proposition 8 — going after companies and businesspeople who donated to extremist causes — continued long after the Obama era.

"The Grab Your Wallet campaign disseminated a Google spreadsheet of companies with ties to Trump family members, leading retailers like Nordstrom to drop Ivanka Trump's product line," Issenberg observes. "After the Parkland, Fla. shooting, gun control activists sought to undermine the National Rifle Association by aiming at large publicly traded companies like Delta and FedEx that offered specific discounts for the association's members."

In 2021, Issenberg points out, some businesses have distanced themselves from anyone who promoted lies and bogus conspiracy theories about the 2020 election.

"In the absence of any political accountability for politicians who indirectly encouraged the January 6 attack on the Capitol," Issenberg notes, "recriminations have been felt in the marketplace. Businesses made a dramatic show of withholding contributions from elected officials who voted not to recognize the presidential election results, and have spoken out about electoral measures they consider anti-democratic. Activists and media figures offended by these corporate moves have responded by threatening boycotts. Those who revel in being targeted may come to realize the benefits they reap are short term while the long-term impact is far more than just symbolic."