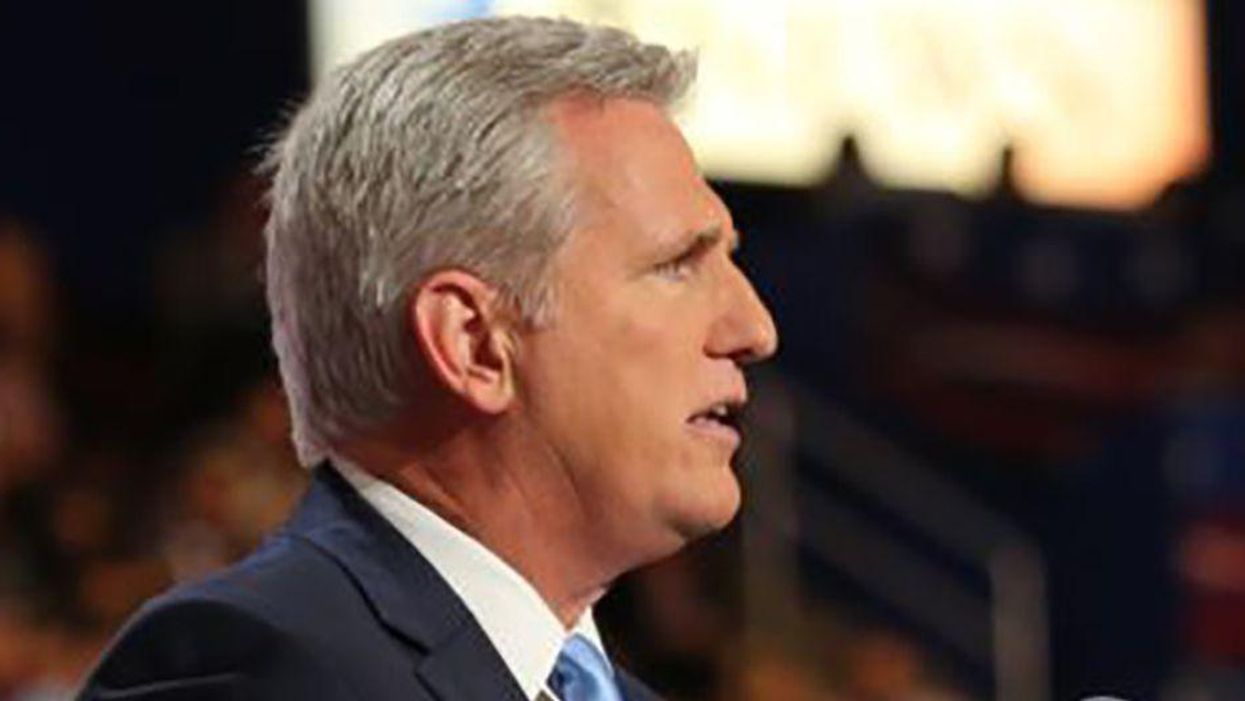 Roll Call reported political action committees (PACs) have restarted making contributions to members of the United States Congress. This includes the 147 Republicans who voted against certifying Electoral College votes after the militant storming of the United States Capitol. Cash to both parties mostly stopped in the weeks after the insurgency, but it's flowing again, according to Kate Ackley. With enough time gone by, these PACs apparently think it's OK to fund politicians who stood against, and who are still standing against, the union of the United States.

The biggest contributors come from defense, commodities and land development (real estate and construction), politically conservative sectors of the economy historically inclined to favor the Republicans. Last month saw a surge of cash from "top business and industry PACs," including "major defense contractors such as General Dynamics, as well as Duke Energy, American Crystal Sugar Co. and PACs connected with the Associated Builders and Contractors and the National Association of Realtors."

The realty PAC seemed so concerned about appearing to fund 147 lawfully elected seditionists to the United States Constitution that it emphasized twice the word "bipartisan" in a public statement, as if giving to both parties, however evenly, somehow absolves the very obscenely rich from bothering to do the moral labor of telling the difference between America's patriots and its enemies. It "is proud to be one of the largest, most bipartisan political action committees in the country and will continue to engage in a bipartisan way on behalf of our 1.4 million members."1

This use of "bipartisanship" could be moral if the parties were equally dedicated to the republic's protection and preservation. But there is no such equivalence. One of the parties is now almost completely anti-democratic. It is going about rigging state election law in order to overturn national election results if need be. This use of "bipartisanship" is not just cynical. It's anti-moral. It tells us that some of the very obscenely rich do not care about the country any more than the Republicans do, as long as they get to influence who's running it and who's willing to play along.

Worst of all, "bipartisanship" in this context expands the scope of conflict such that anything is permissible as long as the politics are right. It might be bad, for instance, to financially support co-conspirators after an attempted coup by a sitting president, but wait a few months, after the headlines cool off, and go right back to funding them. One party stands for republican democracy. One stands against it. These are not equal, but insisting they are, and then adding the weight of cold-hard campaign cash, means treasonable conduct isn't just optional in American politics. It's legitimately optional.

The Republicans are behaving this way, because they have stopped seeing "others" as legitimately American. "Others" include racial, religious and sexual minorities, as has always been the case, but it's more now. They include all Democrats, which, roughly speaking, constitute more than half the country. In 2008, with the election of our first Black president, the Republicans began debiting deference to the authority of the democratic will. They now refuse completely to consent to rule by Democrats.

This refusal to defer to the authority of the democratic will was so strong it was permissible, in 2016, for the Russians to hurt the Democrat. That the Russians were violating our sovereignty was of no concern to Mitch McConnell, the Senate majority leader at the time. It has not been a concern for the rest of the party since. While most people recognize the Republicans as Americans, the Republicans do not act in kind. To the Republicans, anyone who is not a Republican is a Democrat, which is to say that you're an illegitimate, or even illegal, person. Furthermore, asking the Republicans to consent to the authority of the democratic will is an outrage justifying insurrection.

In a just world, the very obscenely rich people who give millions of untraceable dollars to PACs, which in turn hide their identities from public scrutiny, would stop funding traitors for fear of incentivizing and thus normalizing their treasonable conduct. (In a just world, PACs would be illegal.) But we live in this world, one in which cynical party actors don't believe in anything but keeping up appearances for the purpose of doing whatever the hell they want. In this world, the backsliding of democracy into the fascist collectivism of one-party rule is not only OK. It might even be profitable.