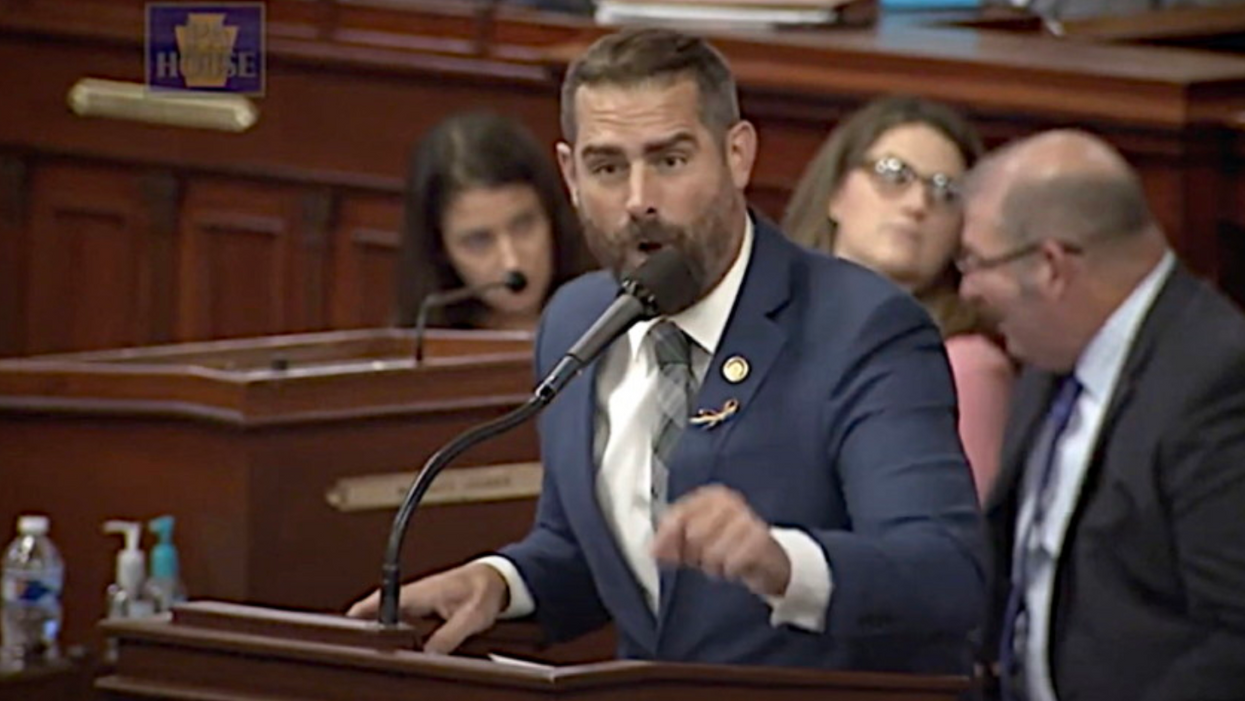 Democratic state Representative Brian Sims shared a few truths with his Republican colleagues on the floor of the Pennsylvania House, truths that they deemed so "inflammatory" they literally cut his mic – twice – and ordered his comments stricken from the official record.

What did they find so "inflammatory"?

Sims, who is running to become the state's next Lt. Governor, was blasting Republican lawmakers for pursuing their "grossly predictably misogynistic agenda."

GOP lawmakers, in a state that ranks fifth in total coronavirus deaths as the pandemic continues, were debating legislation that would require women to treat miscarriages as the death of a human being, forcing them to bury or cremate the fetal remains.

Calling it a "distraction debating a bill that will never become law," Sims slammed the Republican side of the aisle.

"But this feels normal for far too many of us. This is just another act in a political theater that has plagued this chamber for far too long. We are a legislature that has met more to remove mask mandates, strip executive emergency powers, and overturn free and fair elections than we have to make strategic investments in Pennsylvania's women, children and families."

"Lastly, Mr Speaker, it is not lost on me and I'm sure it's not lost on many of the members here today that this legislation is just one more unnecessary overreach in a grossly predictably misogynistic agenda, an agenda pursued by a House, by a party that is 100% white in a chamber that is 70% male."

His remarks were met with anger.

"Oh, your boos mean nothing," Rep. Sims responded. "I've seen what you cheer for."

The House Republican Majority Leader Kerry Benninghoff objected, saying, "I believe these comments are inflammatory for our members. And to this esteemed chamber. We have tried to give latitude on this issue, both yesterday and today, but I will not have our members impugned or insulted or this kind of behavior on this floor."

He was told he was "out of order."

"Mr Speaker, turn off his mic. I wish it be strucken [sic] from the record," the presiding representative declared.