'You must hate Trump': Bill Barr breaks his silence about the 2020 election 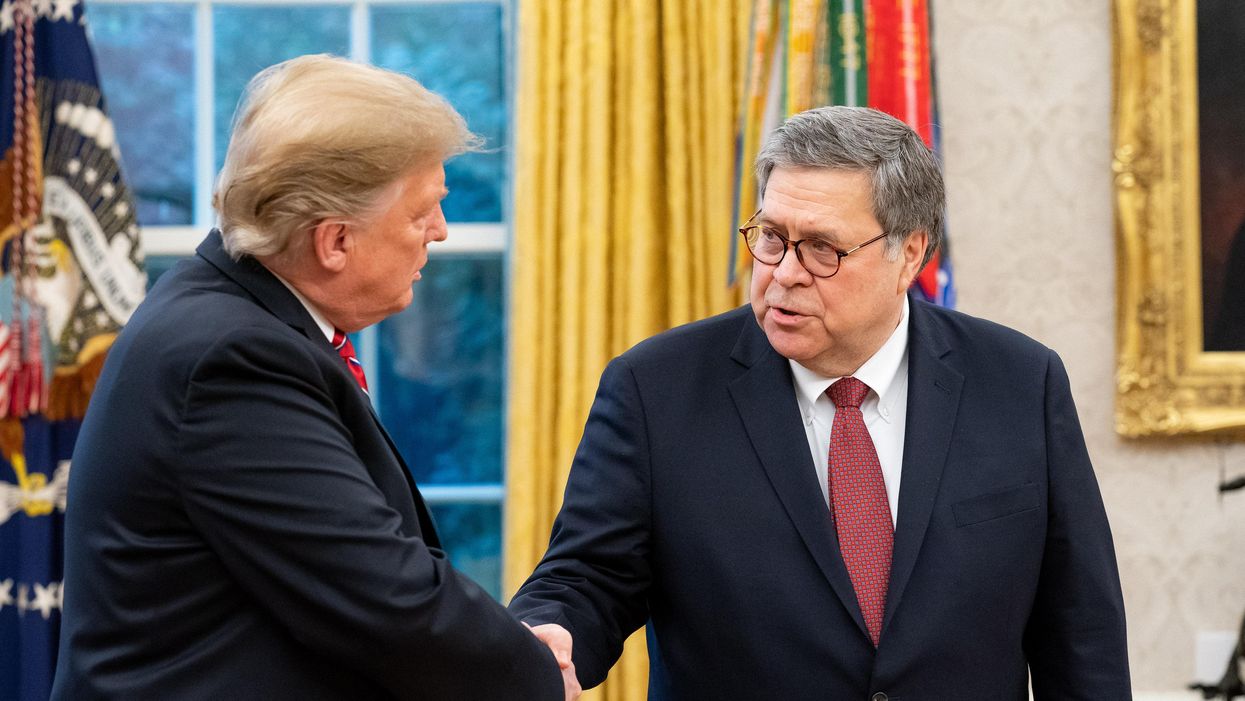 In early December 2020, Trumpworld was bitterly disappointed when someone who had been one of then-President Donald Trump's most aggressive loyalists and defenders — then-U.S. Attorney General William Barr — said that he saw no evidence of the type of widespread voter fraud in the 2020 election that Trump was alleging. Barr's position was clear: He viewed Joe Biden as the United States' legitimate president-elect and believed that Biden had defeated Trump fair and square. Barr has kept a low profile during Biden's five months as president, but an article published by The Atlantic on June 27 offers major insights on what the former U.S. attorney general has been thinking about the 2020 election in 2021.

The article, written by journalist Jonathan D. Karl, focuses on a series of interviews that Karl conducted with Barr during the spring of 2021.

When Barr resigned as attorney general in December 2020, Trump was falsely claiming that he won Pennsylvania, Georgia, Wisconsin, Arizona and Michigan when in fact, Biden flipped all of those states. Trump won those states in 2016; Biden won them in 2020. And Barr saw nothing to back up Trump's claims that Biden didn't.

Karl reveals, "Barr told me he had already concluded it was highly unlikely that evidence existed that would tip the scales in the election. He had expected Trump to lose and therefore, was not surprised by the outcome. He also knew that at some point, Trump was going to confront him about the allegations, and he wanted to be able to say that he had looked into them and that they were unfounded. So, in addition to giving prosecutors approval to open investigations into clear and credible allegations of substantial fraud, Barr began his own, unofficial inquiry into the major claims that the president and his allies were making."

In one of the interviews, Barr told Karl, "My attitude was: It was put-up or shut-up time," Barr told me. "If there was evidence of fraud, I had no motive to suppress it. But my suspicion all the way along was that there was nothing there. It was all bullshit."

According to Karl, Barr "looked into allegations that voting machines across the country were rigged to switch Trump votes to Biden votes" and "received two briefings from cyber-security experts at the Department of Homeland Security and the FBI."

Barr told Karl, "We realized from the beginning it was just bullshit…. It's a counting machine, and they save everything that was counted. So, you just reconcile the two. There had been no discrepancy reported anywhere, and I'm still not aware of any discrepancy."

During one of the interviews, Barr told Karl that in early December 2020, Trump was furious with him because of an Associated Press interview in which Barr said that he saw no evidence of widespread voter fraud in the 2020 election. That AP article was published on December 1, 2020.

Karl explains, "Barr thought that the president was trying to control himself, but he seemed angrier than he had ever seen him. His face was red. Barr's AP interview was dominating every cable news channel except the one Trump was watching. The television in the room was tuned to the right-wing, pro-Trump network One America News."

Barr announced his resignation as attorney general on December 14, 2020.