How Bill Barr's 'clean-up exercise' to save his reputation reveals he's far more corrupt than anyone realized: columnist 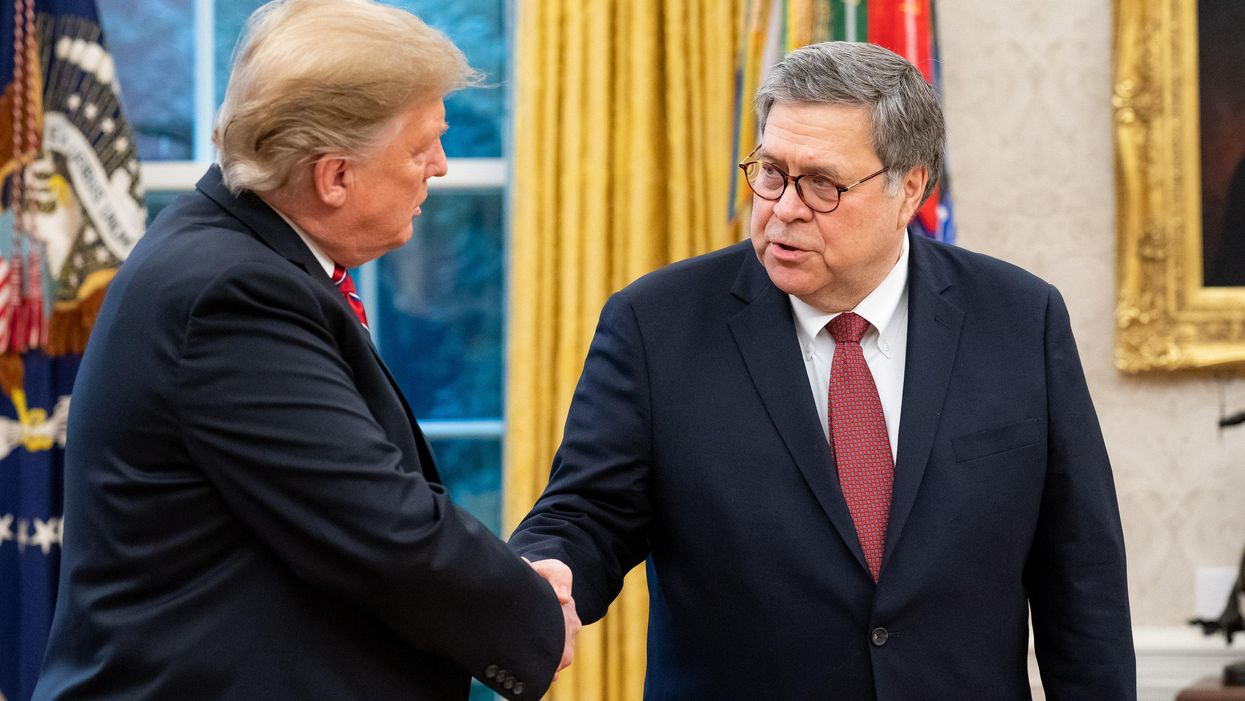 Former Attorney General William Barr is attempting to resuscitate his image after two years of using the Justice Department as a partisan defense agency for former President Donald Trump. In a new interview with reporter Jonathan Karl, Barr claimed he always knew Trump's election conspiracy theories were "bullsh*t" and that then-Senate Majority Leader Mitch McConnell (R-KY) begged him to help push back on them.

But on Monday, writing for The Washington Post's "The Plum Line," columnist Greg Sargent argued that far from exonerating him, Barr's new revelations show the depths of his corruption.

"Having gone to extraordinary lengths to help Donald Trump corrupt the presidency, William P. Barr is working overtime to launder his post-Trump reputation," wrote Sargent. "But the former attorney general's latest clean-up exercise may end up showing that the stain of his corruption is even darker than we thought — in a way that soils other Republicans as well."

The problem is that at the same time Barr was allegedly standing up to Trump's attacks on the election, he also made a major policy change at the Justice Department, authorizing U.S. Attorneys to investigate election fraud — and throwing fuel on the fire even as he allegedly knew there was nothing to Trump's "big lie."

"Barr is unintentionally admitting that he ordered a highly controversial change in department policy — one designed to insulate the department from getting drawn into disputes over election outcomes — even though he had already concluded there was no basis to the election fraud claims," wrote Sargent. "The least charitable interpretation here is that Barr ordered the shift to sustain Trump's narrative of a fraudulent election ... The more charitable interpretation is that Barr greenlighted election fraud investigations merely to arm himself to contest Trump's pressure to demonstrate that his loss was illegitimate. But even if so, the shift was still made to placate Trump."

Barr's telling of these events is also damning for McConnell, wrote Sargent: "Barr told Karl that McConnell had privately urged him to go public all along with the truth about fake election fraud. McConnell didn't want to publicly take on Trump, fearing it would imperil GOP chances in the Georgia runoffs ... But here again, it's even worse than this. Recall that both GOP candidates in Georgia endorsed that Texas lawsuit to overturn the results based on fictions, and both supported GOP efforts to invalidate President Biden's electors in Congress. There is little chance this wasn't done in consultation with McConnell, to keep Trump voters engaged."

Ultimately, concluded Sargent, everything Barr said "strengthens the case for a fuller fumigation of Trump's effort to subvert the election — and his bone deep corruption of the government to help him do it."