Here's how Big Pharma 'can create perverse incentives' for drug approval — even a 'dud': report 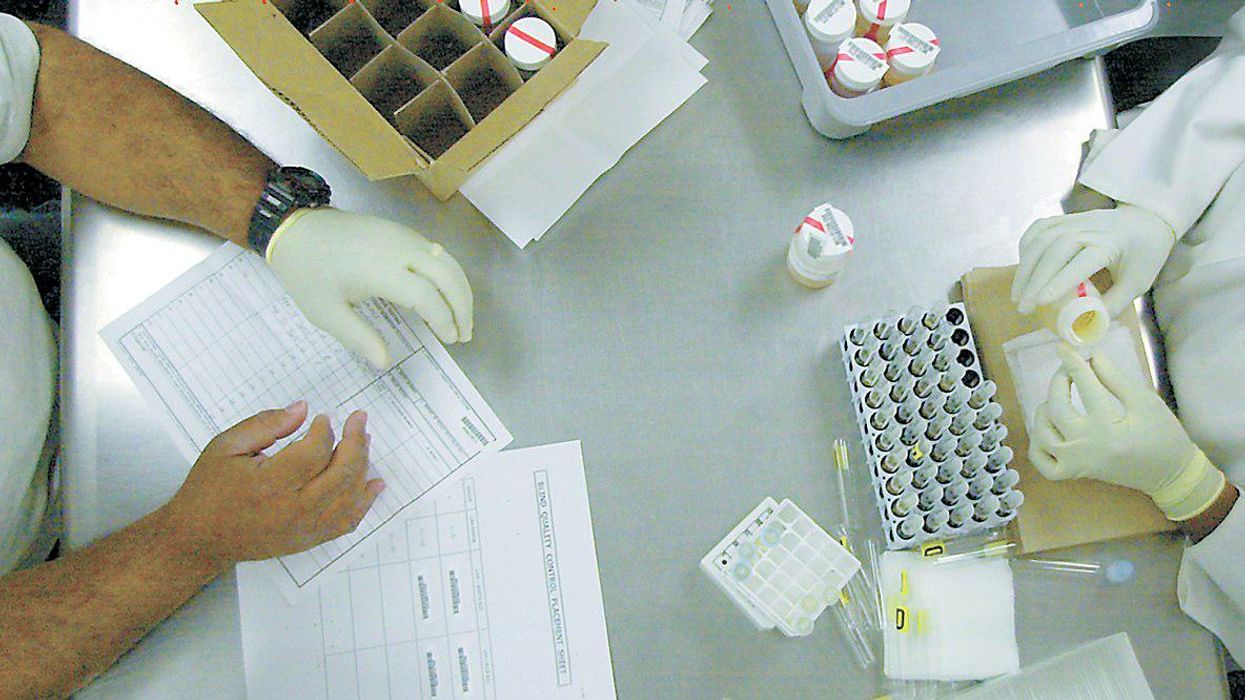 Testing at a toxicology lab in California in 2001, Wikimedia Commons
Alex Henderson
June 17, 2021

On June 7, the U.S. Food and Drug Administration approved Biogen's Alzheimer's drug Aduhelm. There has been some debate, in medical circles, about whether or not that was a wise decision — and Boston-based journalist Natalie Shure, in an article published by The New Republic on June 14, argues that it wasn't.

"Far from hailing the advent of a transformative breakthrough for the six million Americans suffering from a terminal illness marked by prolonged cognitive decline, the FDA's decision to greenlight Biogen's new therapeutic overrode the overwhelming recommendation of its independent scientific advisory committee not to do so — which prompted several to quit in disgust," Shure explains. "In his resignation letter, Dr. Aaron Kesselheim of Harvard Medical School called the move 'probably the worst drug approval decision in recent U.S. history.'"

Aduhelm, Shure writes, has "never even been proven to work" but is "now poised to rake in billions of dollars for its manufacturer." She adds, however, that the FDA's decision to approve Aduhelm is a symptom of a larger problem.

"Aduhelm is far from the first $55,000 flop put forth by the toxic American combination of a highly commodified pharmaceutical industry and disjointed financing stymied by private interests," Shure says. "Without a total overhaul of this dysfunctional status quo, it won't be the last."

Shure goes on to describe the process in which drugs are approved by the FDA.

"While much of the early research and development of a pharmaceutical is often funded by the federal government, the clinical trials are usually funded by drug manufacturers themselves, often for upward of a billion dollars a pop," Shure observes. "This can create perverse incentives such as the ones that presumably prompted not only Biogen's shuttering of an unsuccessful trial of Aduhelm midway through the process in 2019, but also, the company's decision to reexamine the data to find something salvageable — a practice a layperson might colloquially describe as 'cherry picking.'"

Shure adds, "In Biogen's case, the company submitted Aduhelm for FDA approval after it found that some patients on higher dosages had displayed improvement of .39 points on an 18-point scale that measures cognitive ability. The finding was far lower than the one to two points generally considered to be statistically significant improvement. What's more, 40% of those subjects suffered side effects, including severe brain swelling."

Shure notes that the process for approving and regulating drugs can be much different in other countries from what it is in the U.S.

"Once a dud drug gets approved, the United States does something that most other countries do not: It effectively allows the manufacturer unilaterally to name its price," Shure observes. "In the case of Biogen's Alzheimer's gambit, the company landed on $55,000 for a year's course of Aduhelm — all for a drug that may not do anything besides make desperately sick people's brains swollen."