'We have to act now': Historian lays out a 'nightmare' scenario for a stolen 2024 election 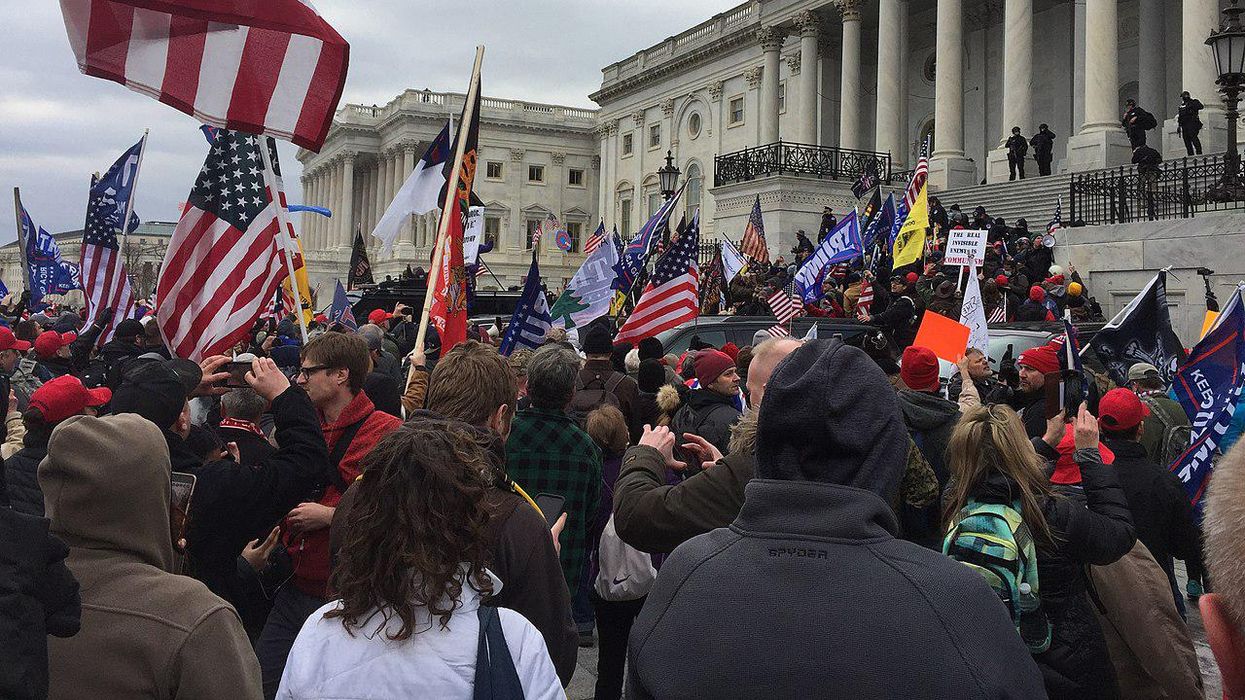 Historian/author Timothy D. Snyder, who teaches at Yale University in New Haven, Connecticut, has had a lot to say about the history of authoritarianism — and during Donald Trump's presidency, he warned about growing authoritarianism in the United States. According to Snyder, the modern Republican Party hasn't grown any less authoritarian since Trump left the White House on January 20. And in a Substack article published on June 4, Snyder describes a "nightmare" scenario in which Republicans could steal the 2024 presidential election even if the Democratic nominee wins both the popular vote and the electoral vote.

"I have the Cassandra feeling this spring because it is so obvious where all of this is heading," Snyder warns. "President Trump tells a Big Lie that elections are rigged. This authorizes him and others to seek power in extra-democratic ways. The lie is institutionalized by state legislation that suppresses voting, and that gives state legislatures themselves the right to decide how to allocate the electoral vote in presidential elections."

Snyder continues, "The scenario then goes like this. The Republicans win back the House and Senate in 2022, in part thanks to voter suppression. The Republican candidate in 2024 loses the popular vote by several million and the electoral vote by the margin of a few states. State legislatures, claiming fraud, alter the electoral count vote. The House and Senate accept that altered count. The losing candidate becomes the president. We no longer have 'democratically elected government.' And people are angry."

"If your platform is that elections do not work, you are saying that you intend to come to power some other way. Th… https://t.co/ayTOElCp5X
— Timothy Snyder (@Timothy Snyder) 1622991056.0

The 51-year-old historian/author stresses that the troubling signs of growing authoritarianism in the United States are impossible to miss, from Trump's false claims of widespread voter fraud in the 2020 election to the January 6 assault on the U.S. Capitol Building by a violent pro-Trump mob insurrectionists to Republicans in state legislatures all over the U.S. pushing voter suppression bills.

"The prospective Republican candidates for 2024 — Donald Trump, Ted Cruz and Josh Hawley — are all running on a Big Lie platform," Snyder explains. "If your platform is that elections do not work, you are saying that you intend to come to power some other way. The big lie is designed not to win an election, but to discredit one. Any candidate who tells it is alienating most Americans and preparing a minority for a scenario where fraud is claimed. This is just what Trump tried in 2020, and it led to a coup attempt in January 2021. It will be worse in January 2025."

Snyder makes a comparison between the January 6, 2021 insurrection and the al-Qaeda terrorist attacks of September 11, 2001. The 9/11 attacks on the World Trade Center and the Pentagon were much deadlier; almost 3000 people were killed that day. But the January 6 mob was clearly out for blood, and Snyder points out that a key difference between 9/11 and January 6 is that the latter was carried out not by al-Qaeda extremists, but by extremists from the United States.

"9/11 led us to the invasion of Iraq, the foreign policy disaster that marked our century," Snyder notes. "1/6 leads us to a catastrophe on that scale, but inside our own country. It is not at all clear that the plan to take power undemocratically will work, but it is clear that it will generate a lot of resistance. African-Americans are right now being told the absurd lie that the problem in America is that it is too easy for them to vote. As the scenario plays out, all Americans will face an open denial of everything they have been told about their country."

Snyder wraps up his article by warning that the U.S. may face a full-blown constitutional crisis in 2024.

"Businesses that want to avoid chaos between now and 2022 and prevent system breakdown in 2024 would be well-advised not to donate to politicians who repeat the Big Lie and suppress the vote," Snyder writes. "We have to act now."