How the anti-vaccine movement is trying to co-opt Juneteenth 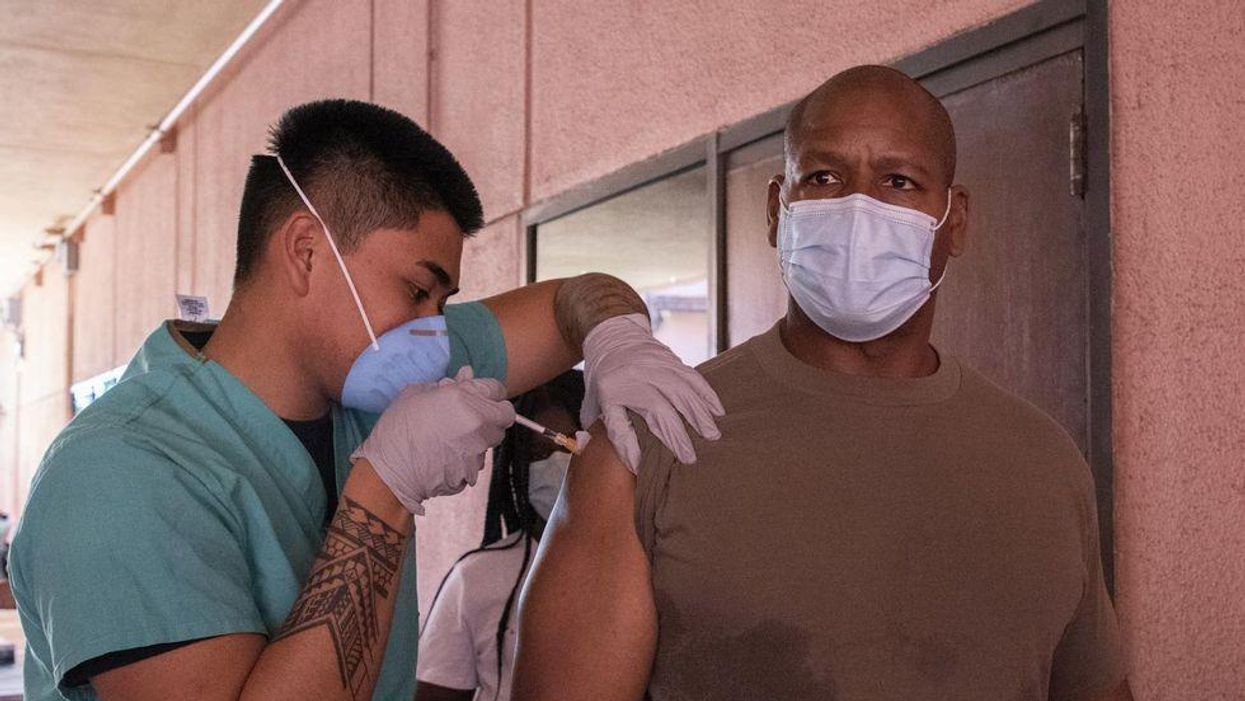 After promoting conspiracy theories and unfounded claims about the COVID-19 vaccines on social media, Naomi Wolf's Twitter account was suspended. Once admired and embraced by third-wave feminists after publishing her first book, "The Beauty Myth," Wolf has deviated over the years into a conspiracy theorist and a COVID truther. From repeatedly pushing the false claim that a vaccinated woman's menstrual cycle can throw off an unvaccinated woman's cycle to more recently suggesting that the sewage of vaccinated people needed to be separated from those who are unvaccinated, Wolf's divergence exemplifies an ongoing trend in which the fringe left unites with the fringe right under the anti-vaccine umbrella.

This year, on Juneteenth — or June 19th, also known as Freedom Day — the latest variation of the anti-vaccine movement will be in peak form as it co-opts a celebration meant to commemorate the emancipation of those who were enslaved in the United States.

According to an event listing being promoted by the "medical freedom for all" organization Do We Need This, Wolf is headlining a fundraiser that day titled "Liberate Our Five Freedoms," which will cost $25 at the door (cash only). The event, which will take place in a small town in Columbia County in upstate New York, seeks to appropriate a holiday honoring the end of slavery by focusing on the "five freedoms" that anti-vaxxers claim have been taken away from them. Mask mandates and vaccine passports are among the policies that they say have infringed on their "freedoms."

Imran Ahmed, CEO of The Center for Countering Digital Hate (CCDH), told Salon this strategy to co-opt Emancipation Day is an attempt by the anti-vaccine movement to reach a new group of people while creating more divisiveness between the "fars and the not fars": in other words, pairing up extremists on both ends of the political spectrum and pitting them against non-extremists via one very offensive event.

Ahmed said the appropriation of Juneteenth is symbolically reminiscent of the attempts by some figures, including Rep. Marjorie Taylor Greene (R-Ga.), to analogize the gold Star of David patches that Jews were forced to wear during the Holocaust to vaccination logo patches meant to share one's vaccination status.

"It creates divisiveness, and it helps them reach people . . . on both sides of the divide," Ahmed said. "It is an attempt to show prima facie on the surface, an attempt to talk to African American audiences or to Jewish audiences and appropriate symbols of great historic atrocities.

"At the same time, it also allows them to access people who themselves have misappropriated these symbols for their own ulterior motives, often which are highly racist and offensive on their own level."

At first glance, it might seem like these two types have nothing in common. But when one takes a closer look, Ahmed said, they're all opposed to "the existing order" in some "substantial way."

"Whether [that opposition] is to democracy, or to racial tolerance — it could even just be the way that our societies are structured to capitalism, for example — these are people who all agree that the system as it stands now [is] offensive for various reasons," he said. Ahmed noted that both groups are "anti-elist . . . conspiracists" who "use digital tools to simulate populism rather than actually being popular."

Unsurprisingly, the event Wolf is headlining on June 19 isn't the only one promoting a dual anti-vaccine/far-right agenda in an attempt to co-opt Juneteenth.

In Tampa, Florida, a so-called Health & Freedom Conference runs from June 17 through June 19, 2021; the event is being advertised as a "3-day, mask free, freedom fighting festival," and features prominent "Stop the Steal" figures with links to Donald Trump — including Roger Stone, Sidney Powell and MyPillow CEO Mike Lindell. It also features prominent alternative health speakers who have been promoting COVID-19 and QAnon conspiracy theories. That includes Christiane Northrup, who positions herself as "a leading authority on women's health and wellness."

In April, a similar conference took place in Oklahoma, which largely centered around opposition to COVID-19 public health measures. Among the speakers were General Michael Flynn and discredited doctor Andrew Wakefield, whose scientific paper linking the MMR vaccine and autism was retracted by medical journal the Lancet yet famously paved the way for much of the modern anti-vaccination movement.

"Extremisms are converging, hybridizing and creating new threats at an unprecedented pace. . . and the reason that's able to happen is of course because social media brought them together," he added. "It allows them to market to each other for free — and that's happening because they've been tolerated on those platforms."