The core problem with American democracy has deep historical roots 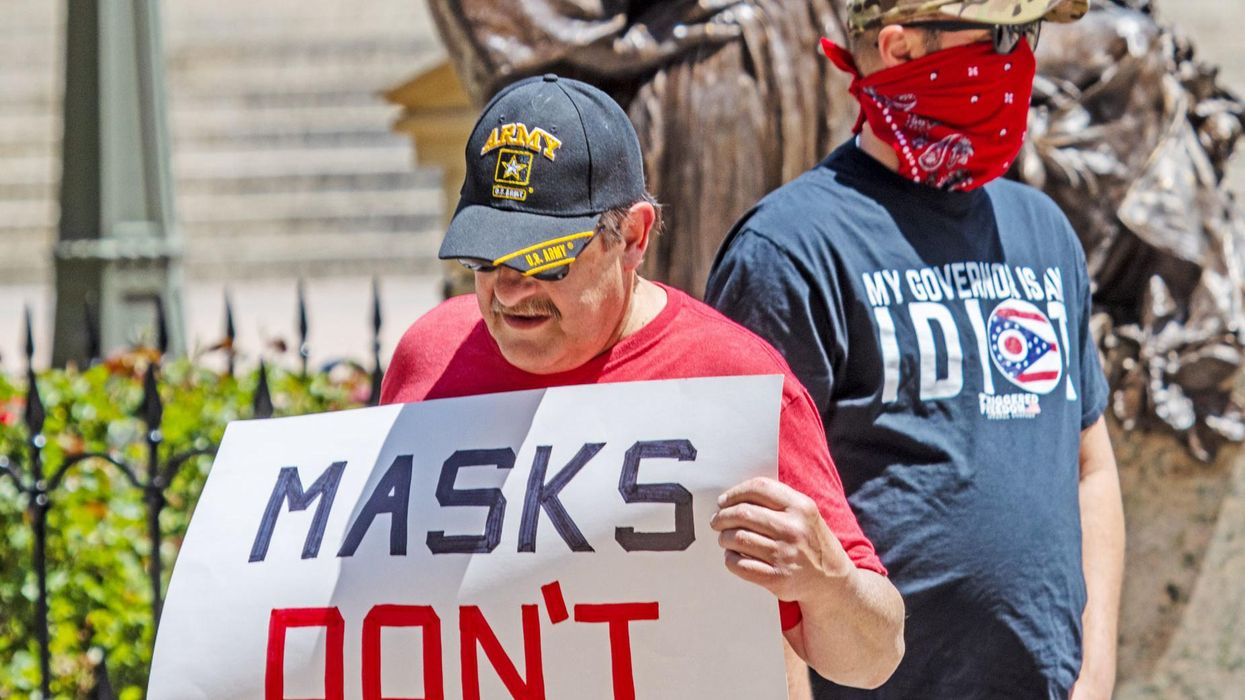 The covid pandemic has taught us a couple things I want to talk about. One is that public health policies are not important to lots of people that we share democracy with. If the choice is between being wrong about democracy and dying, we have proof that lots of people we share democracy with will choose dying. Two is that politics does not run on a track separate from public health policy. They are the same track.

New research by political scientists Julie VanDusky-Allen and Olga Shvetsova finds that states with GOP governors saw more cases of the covid and more deaths by the covid, whereas states with Democratic governors saw the opposite. You might think GOP governors would change their minds—about mask mandates, for instance—after seeing so much death, but don't bet on it. "Recent history suggests that in the next public health crisis, governments across the US may once again focus more on politics than on policies grounded in the best available science," VanDusky-Allen and Shvetsova wrote. "Experience also suggests that even when this leads to bad health outcomes, Americans aren't likely to rethink the partisan divide over health care."

The conventional wisdom, at least among liberals, is that we should keep politics out of public health policy. The thinking is we should get people to do what's good for them. That can't hurt, I suppose, but it won't solve the problem given that, you know, lots of people would rather die than give bureaucrats the satisfaction of being right. To get people to do what's good for them, you have to do more than say it's good for them. More important than public health policy are political attitudes toward democracy.

We tend to think of the United States as a place where life changes swiftly, and where we're too busy keeping up with the next new thing to bother thinking about what just happened. But political attitudes toward democracy probably have not changed much since the country was fully settled by white people, since state and local governments were first established. According to journalist Colin Woodard, regional attitudes toward democracy are consistent with the settlement patterns of Europeans. The similarities are so striking Woodard wrote a book about them a decade ago called American Nations: A History of the Eleven Rival Regional Cultures of North America.

I use Woodard's book when I teach undergraduates how to understand American politics.1 It's reductive, but it's knowingly reductive. Woodard understands the weakness of boiling down United States geography and history into 11 neatly defined units. Even so, the scheme is useful, because it gives students, and I think normal people, a means of thinking about the country in ways they had not previously. When it comes to a pandemic that will probably kill before it's over more than a million Americans, Woodard helps us understand the question isn't whether politics should be involved in public health policy. It's whether the politics in question is good or bad.

Of the 11 "nations" in America, Woodard identifies two "superpowers." These are what he calls "Yankeedom" and "Deep South." Each has "the identity, mission and numbers to shape continental debate," Woodard wrote. "For more than 200 years, they've fought for control of the federal government and, in a sense, the nation's soul."

Over the decades, Deep South has become strongly allied with Greater Appalachia and Tidewater, and more tenuously with the Far West. Their combined agenda—to slash taxes, regulations, social services and federal powers—is opposed by a Yankee-led bloc that includes New Netherland and the Left Coast.
Other nations, especially the Midlands and El Norte, often hold the swing vote, whether in a presidential election or a congressional battle over health-care reform. Those swing nations stand to play a decisive role on violence-related issues as well.

Don't worry about all those names. They are his inventions. Focus on "Yankeedom" and "Deep South." Here are the former's political qualities. Since the outset, it has "put great emphasis on perfecting earthly civilization through social engineering, denial of self for the common good and assimilation of outsiders. It has prized education, intellectual achievement, communal empowerment and broad citizen participation in politics and government, the latter seen as the public's shield against the machinations of grasping aristocrats and other would-be tyrants. Since the Puritans, it has been more comfortable with government regulation and public-sector social projects than many of the other nations, who regard the Yankee utopian streak with trepidation."2

Here are the latter's political qualities

Established by English slave lords from Barbados, Deep South was meant as a West Indies–style slave society. This nation offered a version of classical Republicanism modeled on the slave states of the ancient world, where democracy was the privilege of the few and enslavement the natural lot of the many. Its caste systems smashed by outside intervention, it continues to fight against expanded federal powers, taxes on capital and the wealthy, and environmental, labor and consumer regulations.3

You'll notice something important by now. The first map showing more cases of the covid and more deaths by the covid in states run by Republican governors overlaps pretty well with the second map, Woodard's, showing where "Deep South" is and where its attitudes toward democracy prevail around the country. The more people think "democracy is the privilege of the few and enslavement the natural lot of the many," the more people have been getting sick and dying. Importantly, they have been insisting on getting sick and dying because they would rather die than be wrong about what they believe. In order to save American democracy, we should de-southernize it.

That probably won't ever happen fully. The best we can hope for is showing just enough people in regions of the country that have been in alignment with white southern politics that maintaining that alignment is the road to suicide. The best we can hope for is showing them public health policy is not just good for them but "a shield against the machinations of grasping aristocrats and other would-be tyrants"—which is to say, a Republican Party bent on denying the will of the people. Public health policy can take us only so far. We have to meet bad politics with good politics.

I'm hopeful the combo of Donald Trump's presidency and the pandemic has rejiggered the national electorate so that El Norte or the Midlands or Tidewater (again Woodard's inventions) stops siding with white southern attitudes toward democracy and starts siding with attitudes privileging the greatest good for the greatest number. Perhaps then democracy will thrive—if and when we get through this damn pandemic.