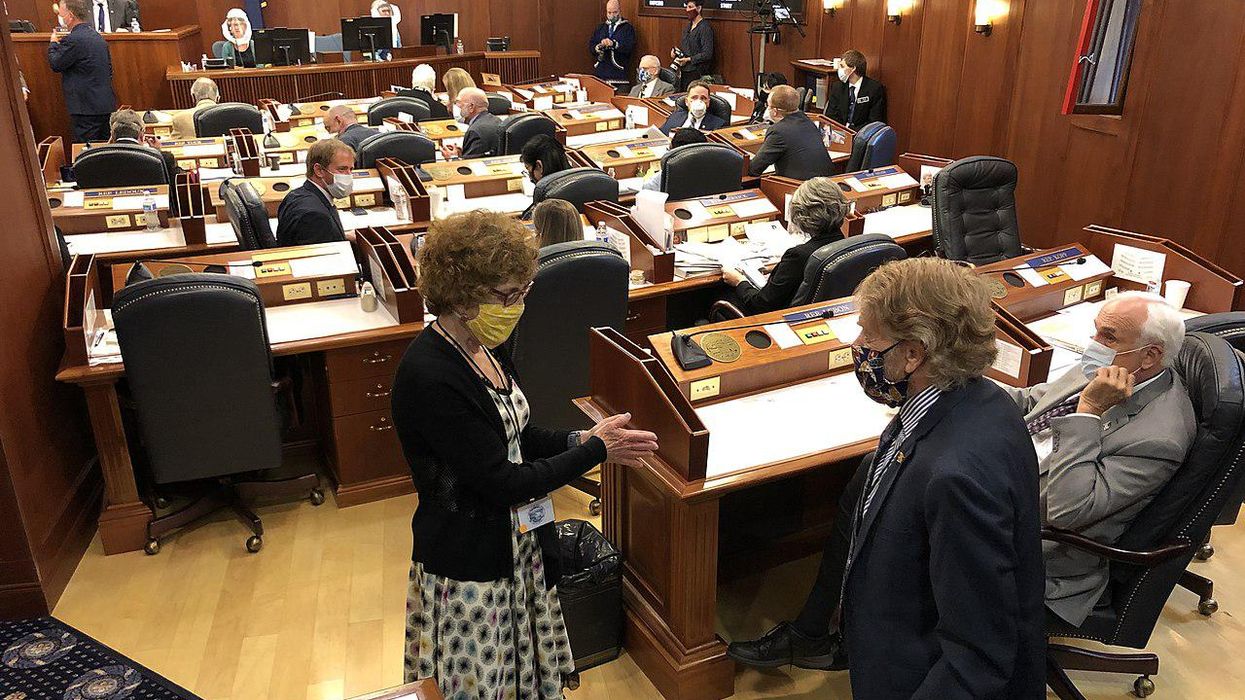 On June 10, state prosecutors in Alaska announced that Republican Gabrielle LeDoux — who formerly served in the Alaska House of Representatives — is now facing four new felony counts of voter misconduct.

These new charges, Alaska Public Media reports, follow charges against LeDoux in 2020, when she was charged with one felony count as well as some misdemeanor charges, all related to her reelection campaign of 2018. Alaska Public Media's Nathaniel Herz notes that those charges, however, "fell idle for the past year amid the COVID-19 pandemic and only recently began moving forward again."

Lisa Simpson, a former legislative aide to the Baltimore-born LeDoux, is facing criminal charges as well, including two new felony counts. The charges that Simpson is facing, Herz explains, "could increase the pressure on her to cooperate with authorities in their efforts to convict her former boss."

Rex Butler, Simpson's attorney, told Alaska Public Media, "It's all about their efforts to get Gabrielle."

The 73-year-old LeDoux and Simpson both pled "not guilty" at a hearing on June 10.

Herz reports, "The charges against LeDoux came after state elections officials notified the Alaska State Troopers of what they described as irregularities with absentee ballot applications during her 2018 reelection campaign. The FBI also participated in the investigation…. Simpson's son Caden is also being charged with voter misconduct. He's represented by a public defender, according to a state courts database."

LeDoux, who was first elected to the Alaska House of Representatives in 2004, was voted out of office in 2020 via a GOP primary.

Although Alaska is considered a red state, it has a Democratic House majority leader, Chris Tuck.