Trump wanted to withdraw US troops from much of the world after losing the election: report 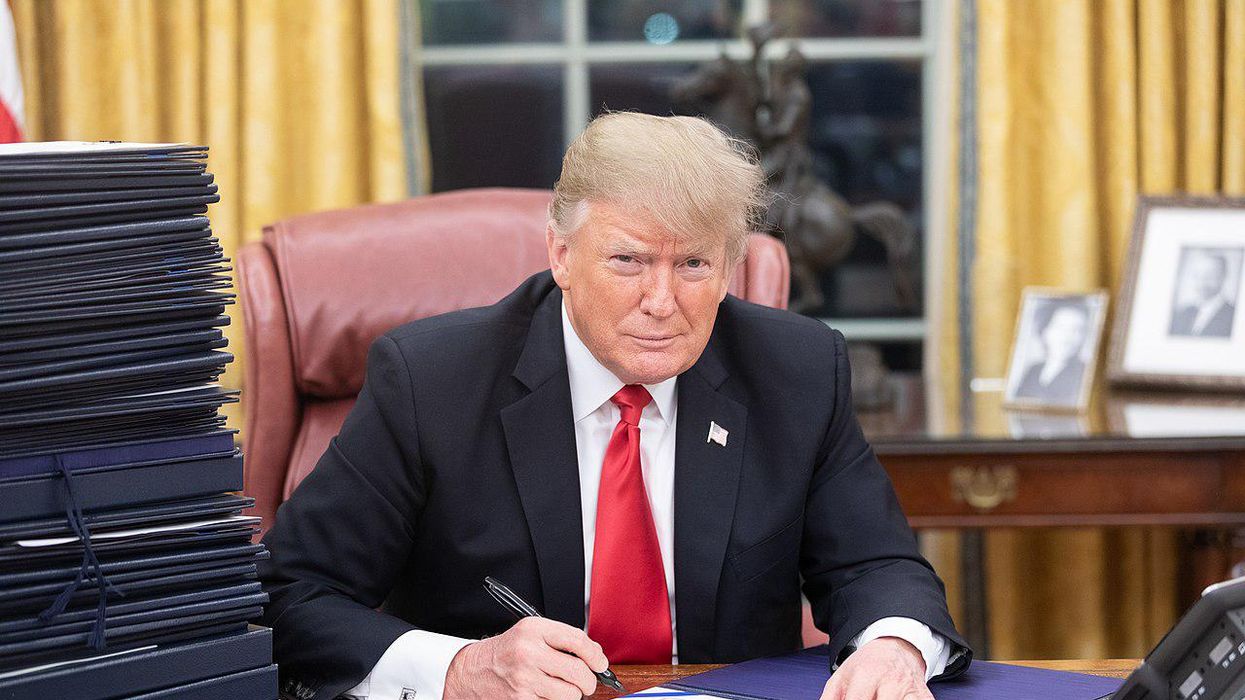 Hawkishness was a key element of the Republican brand under President Ronald Reagan and President George W. Bush, but President Donald Trump — greatly influenced by Patrick Buchanan's "America first" paleoconservatism — had a much more isolationist outlook when he was in the White House. And reporting in Axios shows just how isolationist. According to Axios reporters Jonathan Swan and Zachary Basu, Trump wanted to withdraw U.S. troops from much of the world during his final months in office.

Swan and Basu report that on November 9, after Trump lost the 2020 presidential election to now-President Joe Biden, Trump aide John McEntee gave retired Army Col. Douglas Macgregor a piece of paper with some notes outlining what the outgoing president had in mind. McEntee told Macgregor, "This is what the president wants you to do" — and that included U.S. troops withdrawal from Afghanistan, Iraq, Syria, Germany and Africa.

Macgregor, according to Axios, replied that he didn't think so many troops could be removed from all of those places before Trump left office — and McEntee told him, "Then do as much as you can."

Two days later, on November 11, a memo was delivered to the office of then-Acting Defense Secretary Christopher Miller with instructions from Trump, who wanted to withdraw all U.S. forces from Somalia by December 31, 2020 and Afghanistan by January 15, 2021. Biden, as president, has announced plans to withdraw U.S. troops from Afghanistan by September 11, 2021 — which will be the 20th anniversary of the 9/11 terrorist attacks. But Trump wanted the U.S. out of Afghanistan much sooner.

Swan and Basu explain, "What the fuck is this?, Miller wondered. A former Green Beret, Miller had directed the National Counterterrorism Center and was accustomed to following process. Trump had tapped him to run the Pentagon after his unceremonious firing-by-tweet of Mark Esper. It was Miller's third day on the job. News of the memo spread quickly throughout the Pentagon. Top military brass, including Joint Chiefs of Staff Chairman Gen. Mark Milley, were appalled. This was not the way to conduct policy — with no consultation, no input, no process for gaming out consequences or offering alternatives."

The Axios reporters add, "A call was quickly placed to White House Counsel Pat Cipollone. In turn, Cipollone notified the national security adviser, Robert O'Brien. Neither Cipollone nor O'Brien had any idea what the order was or where it had come from. Neither did the office of the staff secretary — whose job it was to vet all the paper that reached the president's desk. Yet the paper bore Trump's distinctive sharpie signature."

Although Biden is far from a neocon, his presidency has favored a departure from Trump's isolationist foreign policy — and while Trump was overtly hostile to the North Atlantic Treaty Organization, Biden has stressed to the United States' NATO allies in Western Europe that he is fully committed to rebuilding a relationship that Trump undermined.

Nonetheless, some hawks have been expressing strong reservations about Biden's plan for withdrawal from Afghanistan. While Trump has said that he thinks Biden is waiting much too long and should withdraw the U.S. from Afghanistan well before September 11, some foreign policy specialists have a totally different view and fear that the Taliban count retake control of the country after U.S. withdrawal.
From Your Site Articles
Related Articles Around the Web
Report typos and corrections to: feedback@alternet.org.