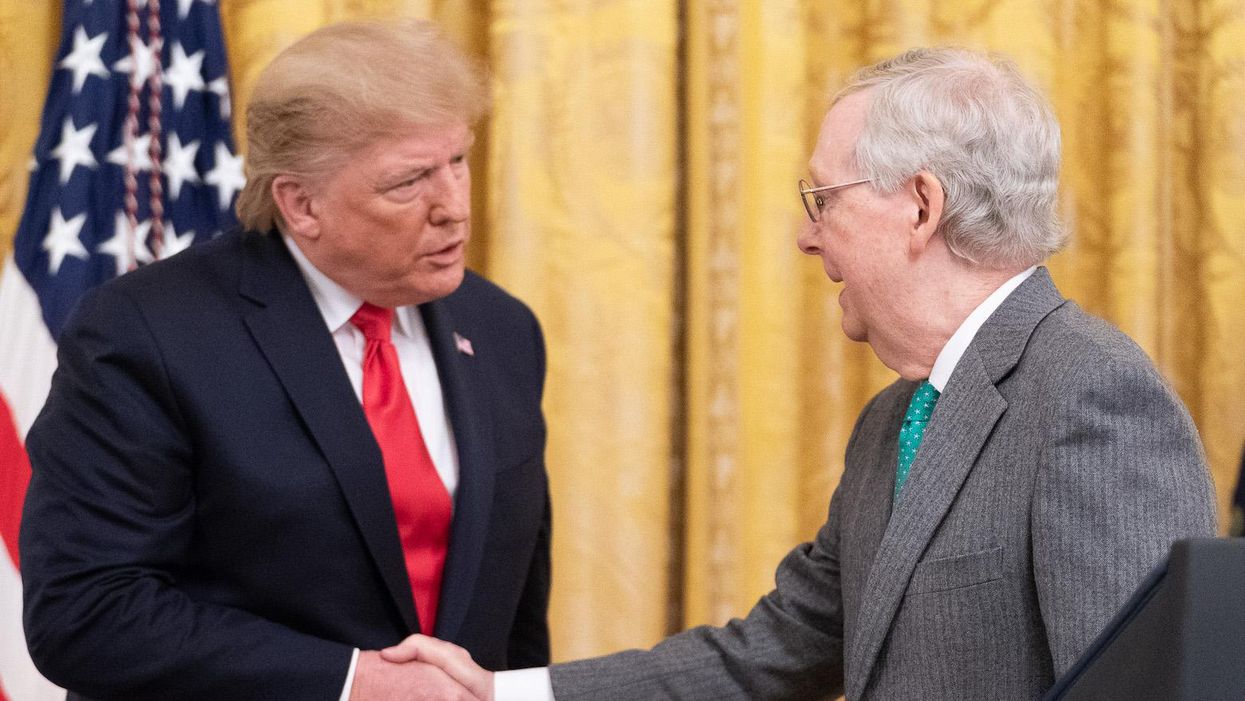 On Tuesday, Sen. Lindsey Graham, R-S.C., made the case for keeping the GOP close to former President Trump, arguing that it was "impossible" for the party to move on without him unless it wants to lose "half" of its base.

"People on our side of the aisle believe that Trump policies worked, they're disappointed that he lost," the South Carolina senator continued. "And to try and erase Donald Trump from the Republican Party is insane. And the people who try to erase him are going to wind up getting erased."

"It doesn't mean you can't criticize the president. It means the Republican Party cannot go forward without President Trump being part of it," he added.

Graham also addressed the internal GOP storm brewing over the ouster of Rep. Liz Cheney, R-Wyo., one of few House Republicans to reject Trump's Big Lie. Cheney, who voted to impeach the former president back in January over inciting the Capitol riot, was stripped of her leadership title on Wednesday as the House Republican Conference chair.

Graham said that leading up to her ouster, Cheney had lost the confidence of the American public. "What's happened is that she's trying to make the argument the Republican Party is better off without Donald Trump, that he's disqualified from being a member of the Republican Party, that he should never be allowed to pursue office again," the congressman argued. "I disagree with that, and I think most House Republicans disagree with that."

"I've always liked Liz Cheney," he added, "but she's made a determination that the Republican Party can't grow with President Trump. I've determined we can't grow without him."

Back in late April, Trump claimed in a Fox News interview that he was "very seriously" considering running for president in 2024. Trump's bid would no doubt win the approval of a wide breadth of Republicans in Congress.

In a Wednesday interview, Sen. Bill Cassidy, R-La., who voted to convict Donald Trump of impeachment charges, told Fox News' Brian Kilmeade that Trump is "not gonna be our nominee" in 2024, a promise Cassidy made back in February as well.

Although Graham continues to back the president, his fealty has not always been entirely consistent. In January, Graham sharply rebuked the former president following the Capitol riot, saying that Trump "needs to understand that his actions were the problem, not the solution."

"It breaks my heart that my friend, a president of consequence, would allow yesterday to happen and it will be a major part of his presidency," he said at the time. "It was a self-inflicted wound."

Graham would later vote to acquit the president during Trump's second impeachment trial.