Trump lashes out after reports of a grand jury leak 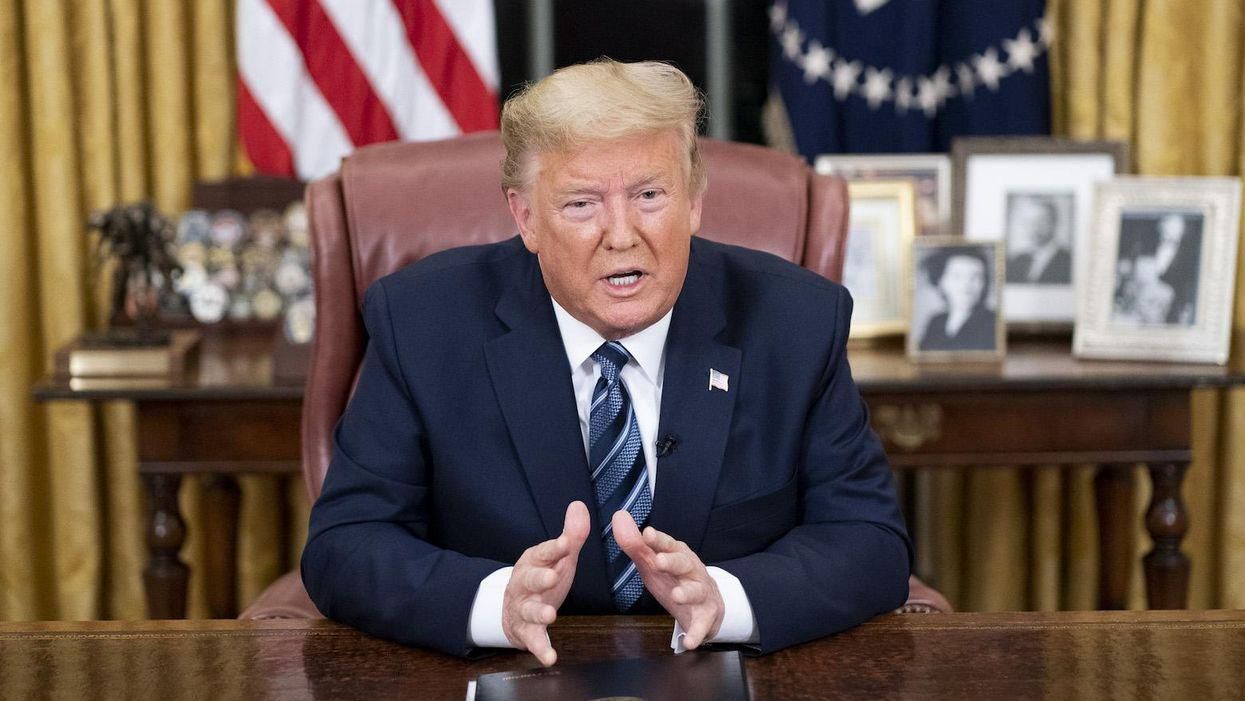 Former President Trump on Tuesday railed against reports that a special grand jury will convene to hear evidence regarding his business dealings, blasting the jury as part of "greatest Witch Hunt in American history."

"This is purely political, and an affront to the almost 75 million voters who supported me in the Presidential Election, and it's being driven by highly partisan Democrat prosecutors," Trump said in a statement. "Our Country is broken, our elections are rigged, corrupt, and stolen, our prosecutors are politicized, and I will just have to keep on fighting like I have been for the last five years!"

On Tuesday, The Washington Post first reported that Manhattan District Attorney Cyrus Vance Jr. is planning to assemble a panel that will decide whether to formally indict the former president, Trump-affiliated executives, and the Trump Organization itself.

Vance's investigation is reportedly zeroing in on whether the Trump Organization inflated the value of its real estate assets in order to defraud banks and illegally qualify for certain tax benefits. The ambit of the probe also includes the compensation of certain Trump-affiliated executives as well as hush-money payments doled out to various women with whom Trump had alleged extramarital affairs.

Vance's choice to convene a grand jury likely signals the investigation is steadily advancing as sources familiar with the matter told the Washington Post that people are already testifying on the matter. Daniel R. Alonso, a former top deputy to Vance, told NBC News that the district attorney's decision to assemble a special grand jury is a strong indication that "they're going to be presenting charges against someone." Adam S. Miller, who served as deputy bureau chief of the Major Economic Crimes Bureau in the Manhattan District Attorney's Office, told the Post that a grand jury in cases like these is typically appropriate.

"It's really for very complicated cases that have a lot of information for a grand jury to digest," Miller added.

In 2019, New York Attorney General Letitia James opened a similar probe into the valuation of the Trump Organization's assets, which may have been inflated by Trump in order to secure low-interest loans from lenders. In some cases, James' and Vance's investigations have reviewed the same documents, namely records related to a piece of New York real estate, for which Trump received a $21 million tax break, and a tower in Chicago, for which lenders relieved Trump of $100 million in debt over.

Last week, James revealed that she had assigned two lawyers to Vance's case because her investigation into Trump's business dealings – which began as a civil one – had turned into a criminal one.

In recent months, Vance's investigation has reportedly put specific focus on Allen Weisselberg, the chief financial officer of the Trump Organization, according to The New York Times. Investigators are apparently looking into whether Weisselberg paid taxes on benefits he received from the company, including the purchase of various cars and tens of thousands of dollars for at least one of his grandchildren's private school education. Earlier this month, Vance subpoenaed documents that detailed $500,000 in tuition payments for Weisselberg's grandchildren at Columbia Grammar & Preparatory School. In some cases, Weisselberg's tuition checks were signed by Trump himself.