Trump is now testing the limits of GOP loyalty 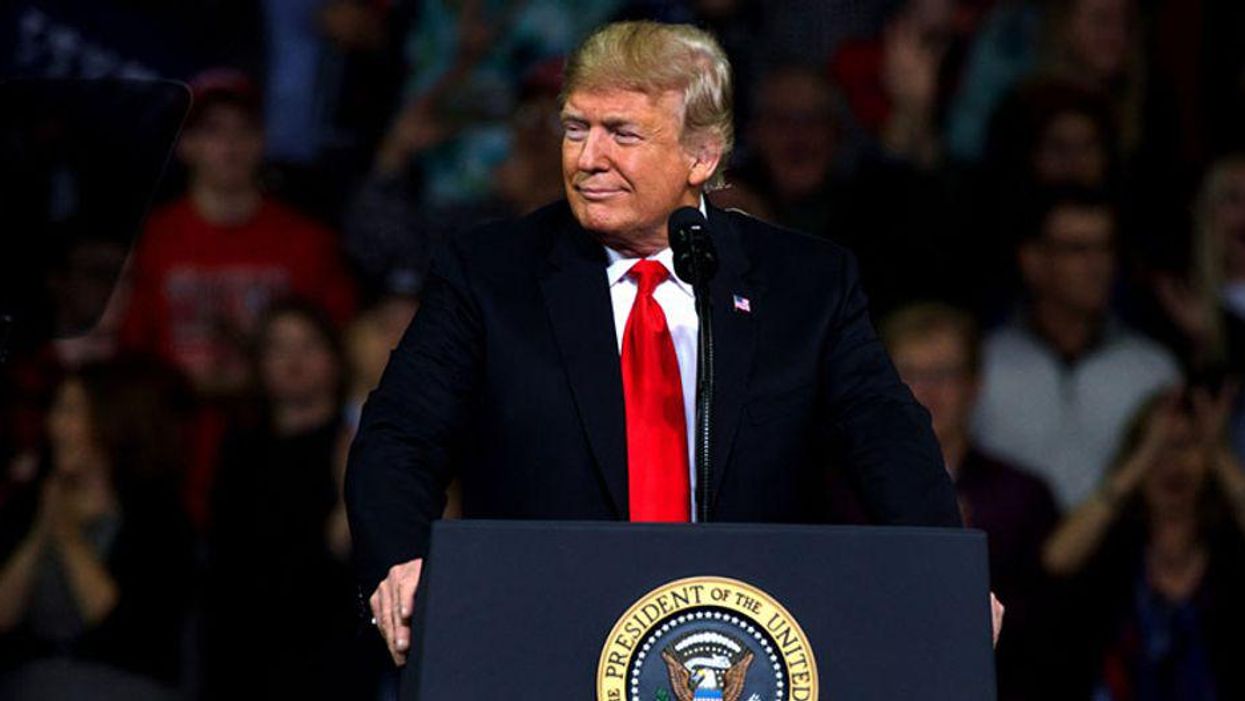 The Republican Party is finding itself increasingly fractured as more members of the GOP disavow Donald Trump despite concerns within the party that it cannot survive without him.

On Sunday, Rep. Adam Kinzinger, R-Ill., a fierce critic of the former President and one of ten House Republicans who voted to impeach him, declared in an NBC interview that policy takes less of a priority in the GOP than one's fealty to Trump. "I think what I'm used to saying to any Republican that's maybe kind of confused by the moment we're in is policy doesn't matter anymore," he argued. "It literally is all your loyalty to Donald Trump. As I've said before, this is something that, like, echoes a little bit out of North Korea, where no matter what policy comes out, you're loyal to the guy."

The Illinois Republican went on to spell out the hypocrisy between the party's treatment of Trump and Rep. Liz Cheney, R-Wyo., who last week was ousted from her leadership role as the party's conference chair over her staunch criticism of the former president. Kinzinger explained that when it comes to Trump, people claim: "I don't like what Donald Trump tweets, but I like his policies, so I'm going to support him." But in the case of Cheney, people say: "Look, I like her policies, I don't like what she tweets, so she needs to leave."

Maryland GOP Gov. Larry Hogan echoed Kinzinger on Sunday when he said during a CNN "State of the Union" interview that Cheney's ouster was "kind of doubling down on failure."

"Liz Cheney is a solid conservative Republican who voted with the president 93 percent of the time," Hogan said. "I thought she just stood up and told the truth and said exactly what she thought. We've lost the White House, the House, the Senate over the past four years, and to continue to do the exact same thing and expect a different result is the definition of insanity."

Trump has also seen some defection from his inner circle. On Sunday, Trump's former White House adviser, Alyssa Farah, indicated that she would not support him in his potential 2024 presidential bid, signaling an allegiance with Cheney.

"The GOP is careening down a strategically unwise path and morally reprehensible one, to be completely candid with you," she said in an interview with MSNBC's Mehdi Hasan. "Liz Cheney did the right thing. We shouldn't condemn people for simply telling the facts. Like, facts matter, she did the right thing. But that shouldn't be brave or heroic but just what our leaders do."

Farah added: "But there's a perception we care more about loyalty to the former president and wanting to gloss over the election and Jan 6. My unsolicited advice to my fellow Republicans would be: the truth tends to come to the top. It's better to address it now, come to grips with what went wrong, and accept it. Because we're going to be dealing with it in the midterms and 2024."

Farah reportedly left the Trump administration back in December of last year, prior to the Capitol riot on January 6. In February, just ahead of Trump's impeachment trial, Farah questioned the constitutionality of proceeding, instead suggesting that the former president should be censured.

Trump has also seen some pushback from his own party in Arizona, where an extremely questionable GOP-led recount in Maricopa County is being held to determine the validity of President Biden's presidential win. On Saturday, Trump baselessly alleged that Arizona Senate's election auditors found an "unbelievable Election crime."

"The entire Database of Maricopa County in Arizona has been DELETED!" the former President exclaimed in a statement.

"I'm literally looking at our voter registration database on my other screen," he tweeted. "Right now. We can't indulge these insane lies any longer. As a party. As a state. As a country. This is as readily falsifiable as 2+2=5."

The Maricopa County board of supervisors has been vehemently pushing back against Trump's claims of foul play.