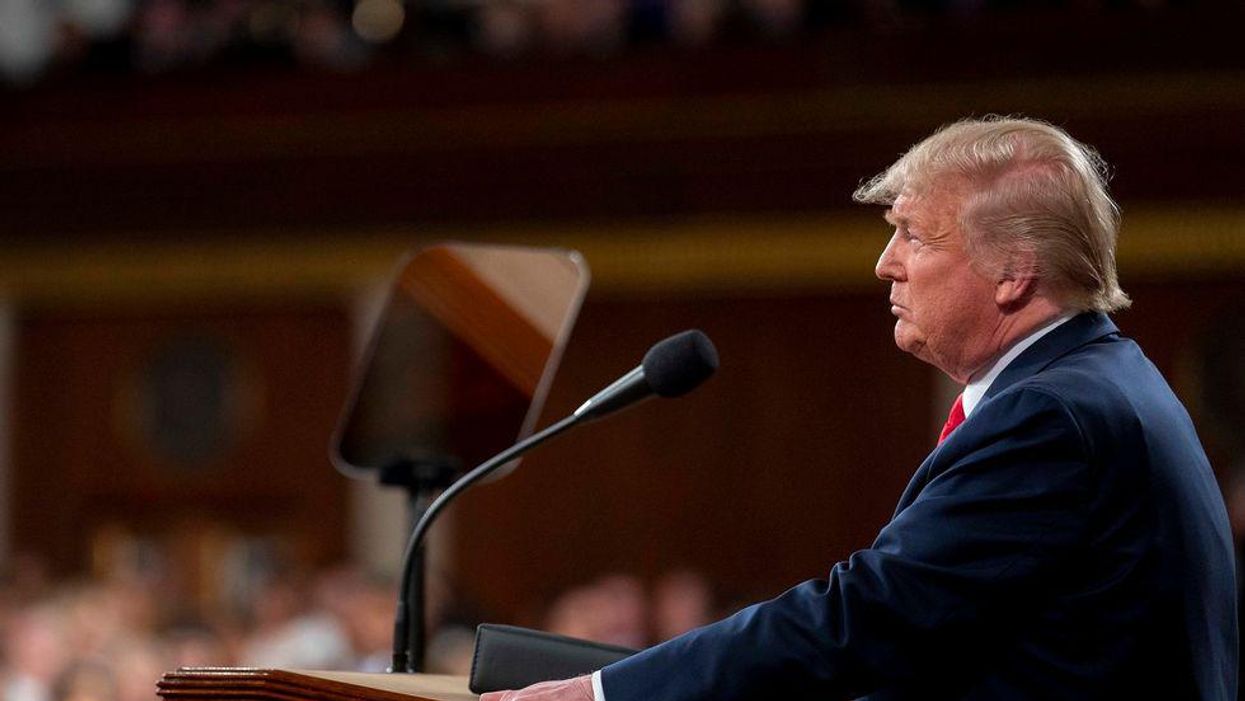 During the 2020 presidential election, many Never Trump conservatives were hoping that if Donald Trump lost to Joe Biden, his influence on the Republican Party would fade. But four months into Biden's presidency, Trump hasn't lost his iron grip on the GOP — and as journalist Andrew Prokop stresses in an article published by Vox this week, many Republicans try to avoid talking about Trump even if they aren't outright praising him.

"Most Republican critics of Donald Trump's attempt to overturn the 2020 election result have gone quiet," Prokop explains. "Sure, Liz Cheney spoke out — and ended up being booted from House Republican leadership earlier this month in spectacular fashion. But she's the exception. The rest of the party has united around a strategy of moving on, as seen in Mitch McConnell's newly announced opposition to a bipartisan commission investigating the storming of the Capitol in January."

Prokop points to recent polls as examples of why many Republicans — whatever their thoughts about Trump — shy way from publicly criticizing him. A Democracy Corps poll found that two-thirds of Republican voters still "strongly approve" of the former president. And a CNN/SSRS poll conducted in April found that 70% of Republicans don't believe that Biden legitimately won the 2020 election.

According to Prokop, McConnell is an example of someone who was quite critical of Trump following the January 6 attack on the U.S. Capitol Building but is reluctant to criticize him now. And he points to far-right Josh Mandel, who is competing in a Republican U.S. Senate primary in Ohio, as someone who doesn't hesitate to promote the Big Lie — that is, the false and debunked claim that Trump really won the 2020 election.

Mandel, attacking his opponents in that primary, said, "(The) election was stolen from Donald Trump… My squishy establishment opponents in this race won't say those words, but I will."

"Is there a way out of this downward spiral?," Prokop writes. "The optimistic case offered by Republicans who dislike the trends toward conspiracism in the party is pretty simple: They want to hang on and 'deal with Trump' until 2024, and hope whoever wins the nomination will help steer the party in a healthy direction."

It remains to be seen whether or not Trump will run for president in 2024, but Prokop notes that "it's hard to find a Republican who actually believes Trump would lose the 2024 nomination if he ran."

"Even if Trump opts against running, another question is whether, if the GOP base has gone so far down Trump's rabbit hole, another Trumpist candidate will win the base's loyalty instead," Prokop writes. "It's also worth recalling that the runner-up to Trump in 2016 wasn't exactly a moderate choice — it was Ted Cruz, an eager participant in objecting to the 2020 election results."