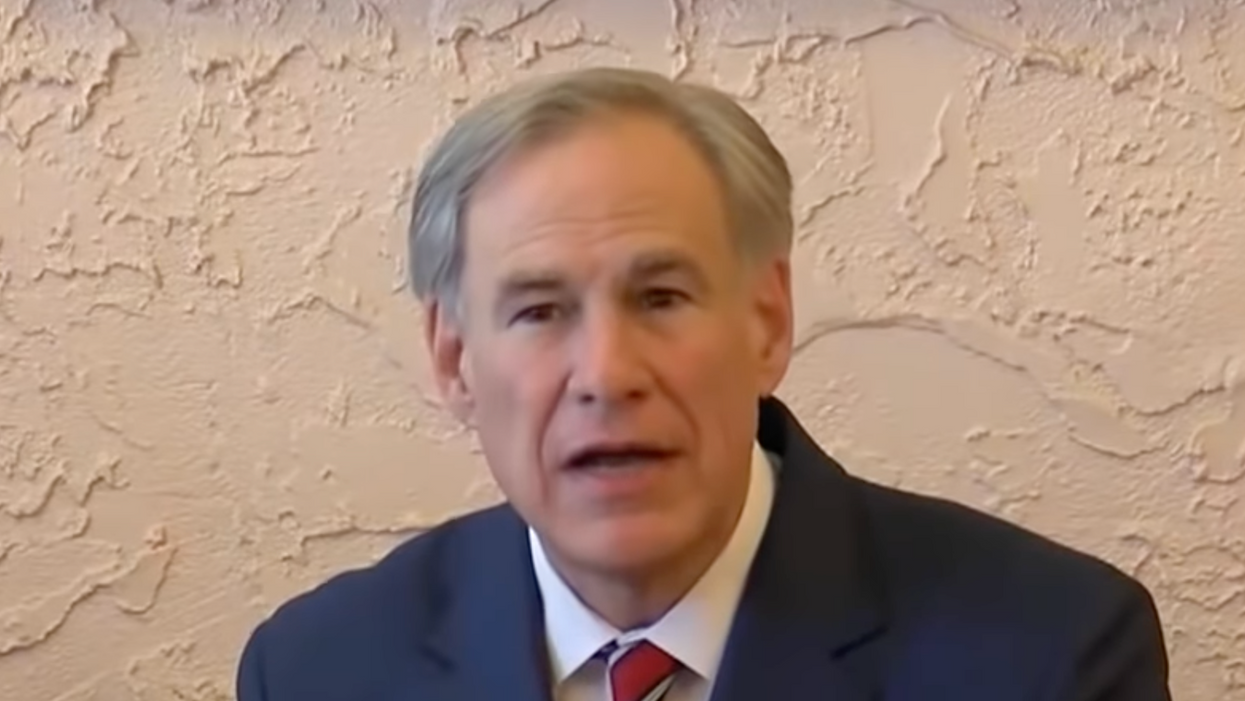 In the wee hours of Friday morning, the GOP-controlled Texas House passed the nation's most recent voter suppression bill, reigniting calls for U.S. Senate Democrats to abolish the filibuster and pass the For the People Act to nullify state-level attacks on the franchise.

A version of the measure, Senate Bill 7, is expected to be signed into law by Republican Gov. Greg Abbott.

Despite the opposition of voting rights advocates and Democratic lawmakers in Texas—who, according to the Austin American-Statesman, drew up more than 100 amendments to challenge provisions in S.B. 7 "they believed would make it more difficult to vote, particularly for nonwhite Texans and those with disabilities who require help to cast a ballot"—Republicans in the state House advanced the bill on an 81-64 party-line vote that took place just after 3 a.m. local time.

Nearly 20 amendments were successfully added to the bill, including ones that modified some racist language, limited criminal liability for errors made by voters and those who help a person with a disability to vote, and ensured that voter registration applications are sent to high schools.

But the legislation would still prevent county officials from sending mail-in ballot request forms to all registered voters and allow so-called poll watchers to occupy polling places, while the version passed by the state Senate would reduce the number of voting machines at precincts in major cities.

"Every day the Republican Party is working to strip Americans of their right to vote," Stand Up America managing director Christina Harvey said in response to the bill's passage. "And this shameful law passing the Texas House is just their latest attack on our democracy."

State Rep. Briscoe Cain (R-128), the bill's author and an avid supporter of former President Donald Trump, "began the debate by saying S.B. 7 was designed to boost flagging confidence in the integrity of elections, ensure that every vote cast was legal, and thwart vote harvesters and others who coerce or cajole voters to cast ballots a certain way," the Statesman reported.

After he asserted that S.B. 7 is meant to "help all voters," Cain faced hours of questioning by Democratic lawmakers.

"Is this bill simply a part and a continuation of the big lie perpetrated by Donald Trump that he really won the election?" asked state Rep. Chris Turner (D-101).

S.B. 7—one of at least 361 restrictive voting bills introduced by Republicans in 47 states since January—comes in the wake of last year's historic turnout, which was fueled to a significant degree by an expansion of mail-in voting amid the coronavirus pandemic. Cain, however, told Turner that "this bill is not about 2020."

Denying any connection between the baseless claims of voter fraud made by right-wing lawmakers and media outlets in the wake of President Joe Biden's victory last November and the GOP's nationwide efforts to suppress ballot access since then, Cain added that "a lot of these [bills] are a long time coming."

Turner, however, was not convinced, saying S.B. 7 is designed to target urban areas and undermine voting by Texans of color who tend to support Democrats.

"Make no mistake, the backers of these election bills believe it will help Republicans and hurt Democrats. We all know that," Turner said. "It's a straight-up assault on voting rights."

As the Statesman reported:

Rep. Rafael Anchía (D-103) took exception to S.B. 7's statement of purpose that said the bill was designed to "preserve the purity of the ballot box"—a phrase used historically to deny the right to vote to Black Texans and create all-white primaries, he said.
"Are you aware of the history of that?" Anchía asked.
No, Cain replied, adding: "I'm sorry to hear that." The phrase was taken directly from the Texas Constitution, he said, noting later that he'd entertain an amendment to change "purity" to "integrity or something."

While the phrase was struck from S.B. 7, state Rep. Jessica González (D-104) said that "it's old Jim Crow dressed up in what our colleagues are calling election integrity."

González and others noted that the bill's protections for poll watchers would likely result in the intimidation and harassment of Black and Latino voters.

Originally, the bill contained a provision that would bar election officials from removing poll watchers unless they break the law, but after pushback from Democrats, changes were made.

Under the revised bill, poll watchers would not be allowed to photograph private information or ballots and may be removed for committing a "breach of peace" in polling places, so long as they are warned prior to removal.

Thanks to the efforts of lawmakers like González—who said that "we should be encouraging more Texans to vote, not try to turn someone who makes a simple mistake into a felon"—the bill was also amended to lower criminal penalties for voters who make mistakes and protect from prosecution caregivers who assist a person with a disability to vote.

20 hours later and we are headed home. This bill is shameful and based on nothing more than lies and conspiracy the… https://t.co/sVpnjnw2n9
— Charlie Bonner (@Charlie Bonner)1620375987.0

"The state Senate has approved a separate measure that also limits early voting rules and bans drive-through voting," The Hill reported. "The House bill will have to be reconciled with the Senate bill before a measure can go to Abbott's desk for his possible signature." As the news outlet noted, the governor "has expressed support for signing an election reform bill, meaning a form of the legislation is likely to become Texas law."

If that happens, Texas will join Florida, Georgia, Arkansas, Iowa, and Utah as the states that have passed voter suppression bills into law this year.

MOVE Texas, a pro-democracy advocacy group, drew attention to a voting rights rally at the state Capitol on Saturday, which is part of the John Lewis National Day of Action meant to counteract the GOP's assault on U.S. democracy.

In her statement, Harvey insisted that "Congress has the power to nullify much of this law, and the responsibility to act immediately to prevent Republicans in Texas and dozens of other states from keeping millions of eligible Americans from casting their ballots in future elections."

"Time is of the essence," said Harvey. "The only path forward now is to pass the For the People Act and the John Lewis Voting Rights Act to stop this outright assault on the freedom to vote."