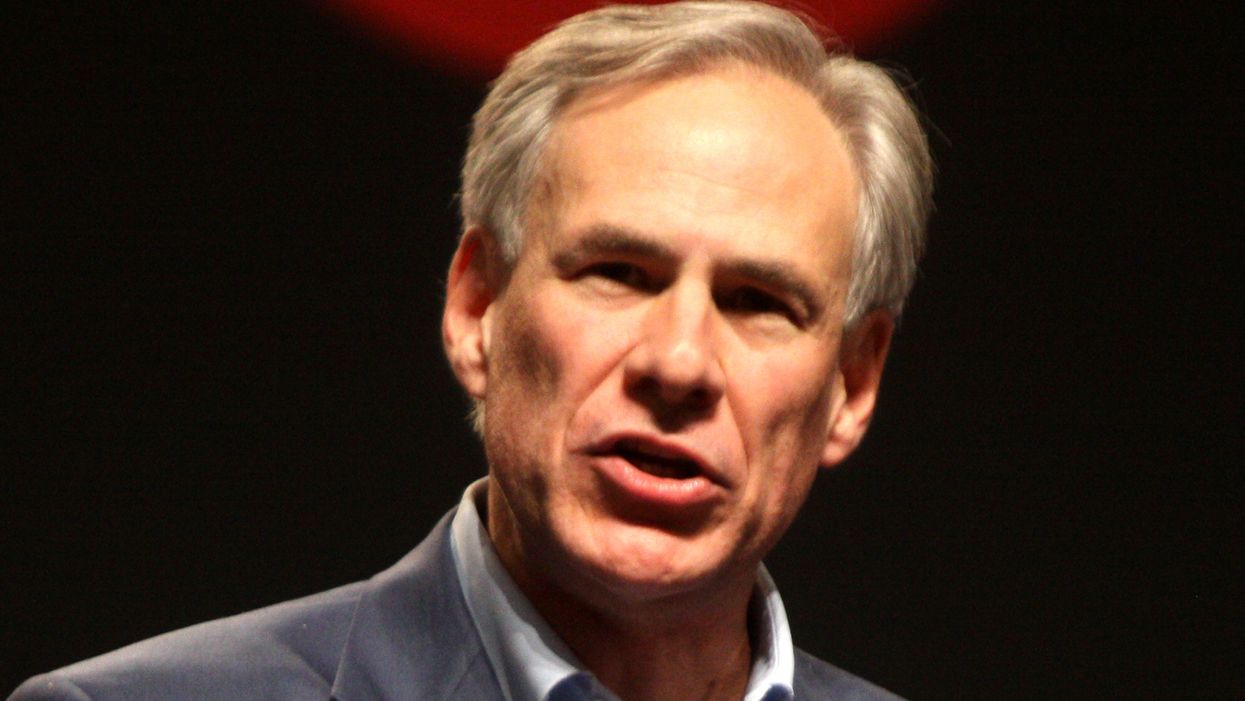 Through what the Texas Tribune described as "closed-door negotiations" between the state House and Senate, Texas Republicans worked late into the night on Saturday to pass sweeping legislation to cut early voting hours and increase access for "partisan poll watchers," the newspaper reported. The legislation, Senate Bill 7, would also add a photo identification requirement following in Georgia's footsteps and ban drive-thru voting similar to a bill the Alabama governor signed into law last week. Journalist Judd Legum tweeted in a Twitter thread on Sunday that a new provisions in the Senate bill allows judges to "overturn" an election "without attempting to determine how individual voters voted."

"This section appears to validate (former President Donald) Trump's claims that he won various states because a certain number of people voted 'illegally' without any other details," Legum tweeted.

If that sounds more like voter suppression than the unsubstantiated claims of widespread voter fraud Republicans claim they're trying to prevent, that's because it is. Republicans throughout the country have taken to slashing voting rights legislatively after a triple loss for the party last year in the White House and in two U.S. Senate runoff races, effectively flipping the Senate from majority Republican to majority Democratic.

"3. Texas is poised to adopt this unprecedented and radical legal provision without ANY DEBATE IN EITHER CHAMBERIt was negotiated in a secret conference committee and released on a Saturday of a holiday weekendAnd there is plenty of other bad stuff in this bill
4. The final bill text also:Bans drive-thru voting and voting after 9PM (used disproportionately by voters of color in Harris County) Bans voting on Sundays before 1PM (Souls to the polls)Makes it more difficult for people with disabilities to vote by mail"

The part of the proposed legislation Legum is referring to would require early voting during the week to take place between 6 a.m. and 9 p.m. and push early voting on Sundays to the hours between 1 p.m. and 9 p.m. Activists have described the change as a direct attack on "Souls to the Polls," programing aimed at encouraging Black churches to send their congregations to the polls following church services. "They want to create long lines so that people of color -- it's more difficult for them to vote on Sundays right after they go to church," Democratic state Rep. Rafael Anchiá told CNN. "That's really what this bill is about: to have a chilling effect on voters of all stripes, and especially hard hit will be people of color."

Attorney Marc Elias tracked the bill's speedy passage through one chamber of the state legislature on Sunday. "The Texas Senate passed #SB7 at 6:09am, after an all night debate about a bill that says Texans can't vote at night," he said in the tweet. "The Texas House calendar makes #SB7 eligible for a vote at 450pm CST. After that it goes to the Governor for his signature."

Vice President Kamala Harris called the Texas voting rights restrictions "yet another assault on our democracy" in a tweet on Saturday. "Congress needs to pass the For the People Act and the John Lewis Voting Rights Advancement Act. We need to make it easier for eligible voters to vote. Not harder," Harris said in the tweet. President Joe Biden also condemned the legislation and advocated for federal legislation to protect the right to vote in a statement on Saturday. The For the People Act, which the House passed but Senate Republicans are blocking, would expand ballot access by creating automatic voter registration throughout the country, restore the voting rights of the formerly incarcerated, expand early voting, and modernize voting systems. The John Lewis Voting Rights Advancement Act would restore the Voting Rights Act and update the formula used to decide which states require preclearance from the United States District Court for the District of Columbia to change any element related to voting in a protected jurisdiction.

The president said in his statement:

"Today, Texas legislators put forth a bill that joins Georgia and Florida in advancing a state law that attacks the sacred right to vote. It's part of an assault on democracy that we've seen far too often this year—and often disproportionately targeting Black and Brown Americans.

It's wrong and un-American. In the 21st century, we should be making it easier, not harder, for every eligible voter to vote.

I call again on Congress to pass the For the People Act and the John Lewis Voting Rights Advancement Act. And I continue to call on all Americans, of every party and persuasion, to stand up for our democracy and protect the right to vote and the integrity of our elections."

Read other criticisms of the proposed Texas legislation on social media:

Step one is complete. By 19-12 vote Senators agreed to resolution that allows them to add stuff into the election b… https://t.co/ilfg9WbPMI
— Jeremy Wallace (@Jeremy Wallace) 1622352865.0

🚨🚨 UPDATED TEXANS: Rather than remember those who protected our democracy, your state legislature is rushing to er… https://t.co/X9U9fKVNsE
— Stacey Abrams (@Stacey Abrams) 1622336687.0