Susan Collins is carrying water for Mitch McConnell as he tries to kill the Jan. 6 commission 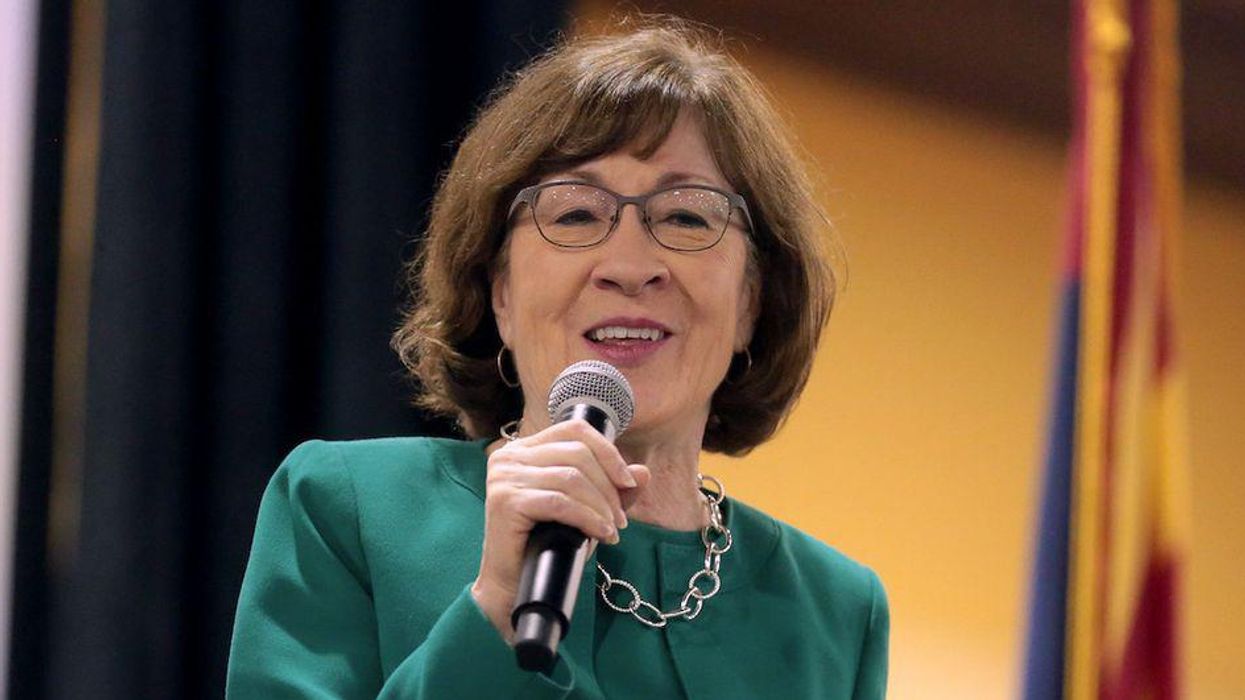 Senate Majority Leader Chuck Schumer will fast-track legislation to establish a commission to investigate the Jan. 6 insurrectionist attack on the Capitol, the bill passed in the House last week with a surprising 35 Republican votes. Schumer plans to bypass sending the bill to committee, bringing it directly to the floor in the coming weeks, where it will almost certainly be filibustered, because while as many as 15 Republicans are ostensibly considering supporting it, the reality is they are playing their usual games.

Which is Sen. Susan Collins' cue. "I strongly support the creation of an independent commission," Collins said Sunday on ABC's This Week. "I believe there are many unanswered questions about the attacks on the Capitol on Jan. 6." Except she just has a few conditions, because of course she does. She says that the bill has to say that the commission's work must be done by the end of the year. Which means that Collins hasn't read the bill because right there on page 17 of the bill, Section 10 (b) it says in black and white "Not later than December 31, 2021, the Commission shall submit to the President and Congress a final report containing such findings, conclusions, and recommendations for corrective measures has have been agreed to by a majority of Commission members."

There's a 60-day window after the final report is due on the final day of 2021 for wrap-up work "including providing testimony to committees of Congress concerning its reports and disseminating the final report." If that's the part Collins has a problem with, then clearly Collins has no intention of learning anything from the commission, since it's that final testimony to Congress that would be curtailed should this provision be struck. She says she wants this commission but clearly she doesn't want its end product to be shown to the public.

Collins also insists that the commission's staffing is bipartisan, a myth Republicans seized upon that the chair of the committee—appointed by Democrats—would have control over the staffing. The Republican member of Congress who co-wrote this legislation, Rep. John Katko of New York, debunked that one in the floor debate. "There is an equal number of members on both sides, appointed by both sides, they have equal subpoena power—they can't subpoena one person without the other person on the other side of the aisle agreeing, they have to hire a staff together, all those things," he said. "We did this for a reason, because that's exactly what made the 9/11 Commission successful."

Speaking of the 9/11 Commission, former New Jersey Gov. Tom Kean and former Rep. Lee Hamilton of Indiana, the bipartisan leaders of it, have given their blessing to this legislation. "As Chairman and Vice Chairman of the 9/11 Commission, unity of purpose was key to the effectiveness of the group. We put country above party, without bias, the events before, during and after the attack. We sought to understand our vulnerabilities in order to prevent future attacks or future acts of terrorism," they wrote in a joint statement endorsing the bill.

"The January 6 attack on the U.S. Capitol was one of the darkest days in the history of our country," they continued. "Americans deserve an objective and an accurate account of what happened. As we did in the wake of September 11, it's time to set aside partisan politics and come together as Americans in common pursuit of truth and justice."

And once again cue Collins, who is playing her usual very partisan game here, carrying Mitch McConnell's water under the guise of pretending to be reasonable and bipartisan. In reality, the commission is as bipartisan as it can get. Everything Katko said on the floor is true; he was representing Republican House leader Kevin McCarthy in the negotiations on the bill and got pretty much everything McCarthy asked for, only to have McCarthy and McConnell trash it.

If Collins is being trotted out by McConnell to cast doubt on the bill as it stands, you can be pretty sure there are only two Republican senators who are actually thinking about joining Democrats on this—Lisa Murkowski and Mitt Romney—and passing the bill. Collins is going to keep her finger to the wind and ultimately, after expressing her anguish to anyone who will listen, will reject it as not bipartisan enough. Because when it comes right down to it, she's a Republican. Republicans made Jan. 6 happen, with a lot of help from the Collinses of the party.

The only way this commission happens is with Democrats. That means Joe Manchin and Kyrsten Sinema have to finally get beyond thoughts and prayers for the Senate to come together, and stand up for their country. They're going to have to abandon the filibuster.