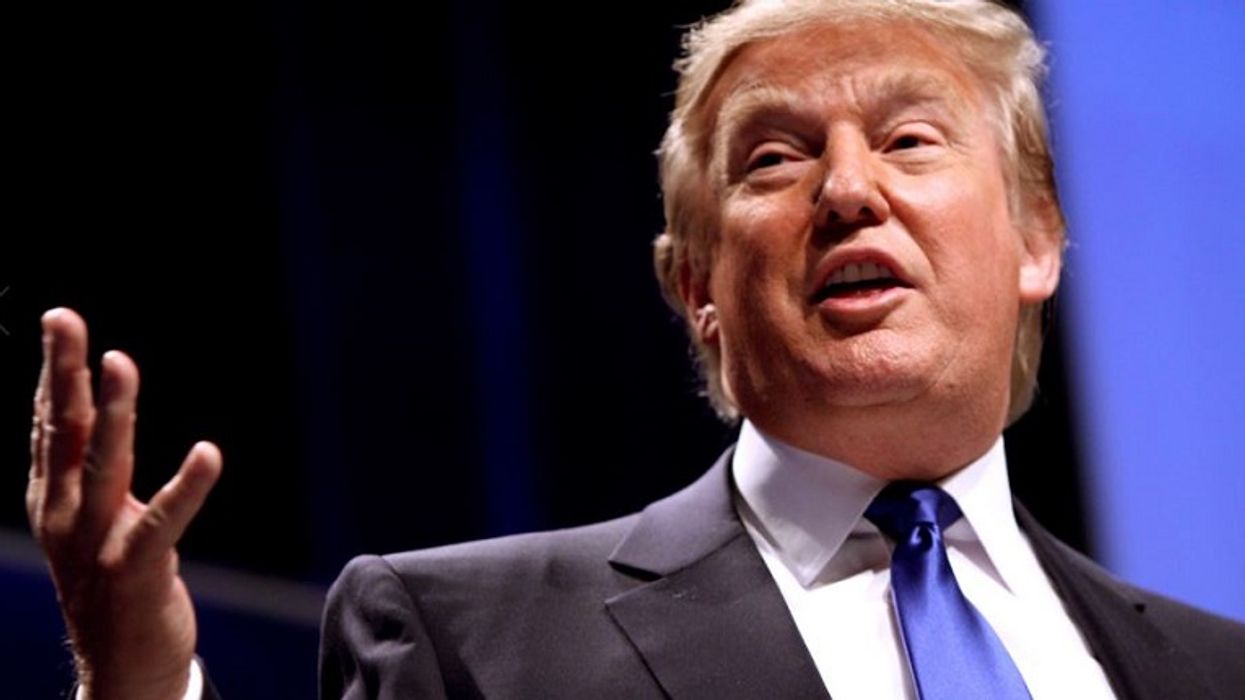 Two Republicans on the Federal Election Commission, Trey Trainor and Sean Cooksey, concluded (pdf) that pursuing the case "was not the best use of agency resources." Although Democratic FEC Chair Shana Broussard and Commissioner Ellen Weintraub, disagreed, continuing the investigation required four supportive votes. A third GOP commissioner recused himself and an Independent commissioner was absent.

"Now it's up to the Department of Justice (DOJ) to hold Trump accountable and make clear that no one is above the law," said Paul S. Ryan, vice president for policy and litigation at the pro-democracy group Common Cause, in a statement. "The clock is ticking; a five–year statute of limitations for Trump's campaign finance crimes gives the DOJ only five more months to prosecute these crimes."

On January 22, 2018, Common Cause filed complaints with the DOJ and FEC alleging that the payment to Daniels, whose real name is Stephanie Clifford, was an unreported and illegal in-kind contribution to the Trump campaign. Following public statements from Cohen, the group amended its complaints that March.

"The FEC's nonpartisan career staff attorneys recommended that the commission find reason to believe that Trump, his campaign committee, and the Trump Organization committed the violations alleged in Common Cause's complaints," Ryan noted. He charged that the GOP commissioners' decision to not hold the ex-president accountable for "blatantly and intentionally" violating federal campaign finance law "is just the latest display of dysfunction at the FEC."

"The Senate must pass the For the People Act, which includes provisions to significantly restructure the agency so it can do its job for the American people and enforce the law, in addition to including many tried and tested solutions to hold power accountable and make democracy work for everyone," he said, referencing a bill of popular pro-democracy reforms the House passed in March.

While Trump welcomed the FEC's decision in what he described as a "phony case," Ryan was far from alone in denouncing it.

Yet another reason that we need to pass #S1/#HR1, which would restructure the FEC to make it an effective watchdog.… https://t.co/7JTfiyftxJ
— Brendan Fischer (@Brendan Fischer)1620396147.0

"To end corrupt partisan decisions by the FEC on enforcement of campaign laws, we need the reforms in the For The People Act," declared Sen. Jeff Merkley (D-Ore.), lead sponsor of the upper chamber's version of the bill.

"There is ample evidence in the record to support the finding that Trump and the Committee knew of, and nonetheless accepted, the illegal contributions at issue here," Broussard and Weintraub said in a statement Thursday.

"To conclude that a payment, made 13 days before Election Day to hush up a suddenly newsworthy 10-year-old story, was not campaign-related, without so much as conducting an investigation, defies reality," the pair said. "But putting that aside, Cohen testified under oath that he made the payment for the principal purpose of influencing the election. This more than satisfies the commission's 'reason to believe' standard to authorize an investigation."

Cohen—who served time in prison after being convicted of campaign finance violations, lying to Congress, making false statements, and tax evasion—admitted to making hush-money payments during the 2016 campaign to Daniels and another woman who say they had affairs with Trump, which the former president denies. In 2019, Cohen submitted to Congress a copy of a check Trump wrote from his personal bank account that the former fixer claimed was a reimbursement for paying off Daniels.

"The hush-money payment was done at the direction of and for the benefit of Donald J. Trump," Cohen said in a statement to the New York Times after the commission dropped the case. "Like me, Trump should have been found guilty. How the FEC committee could rule any other way is confounding."