Sarah Sanders is taking Trumpism for a 'road-test' in Arkansas: report 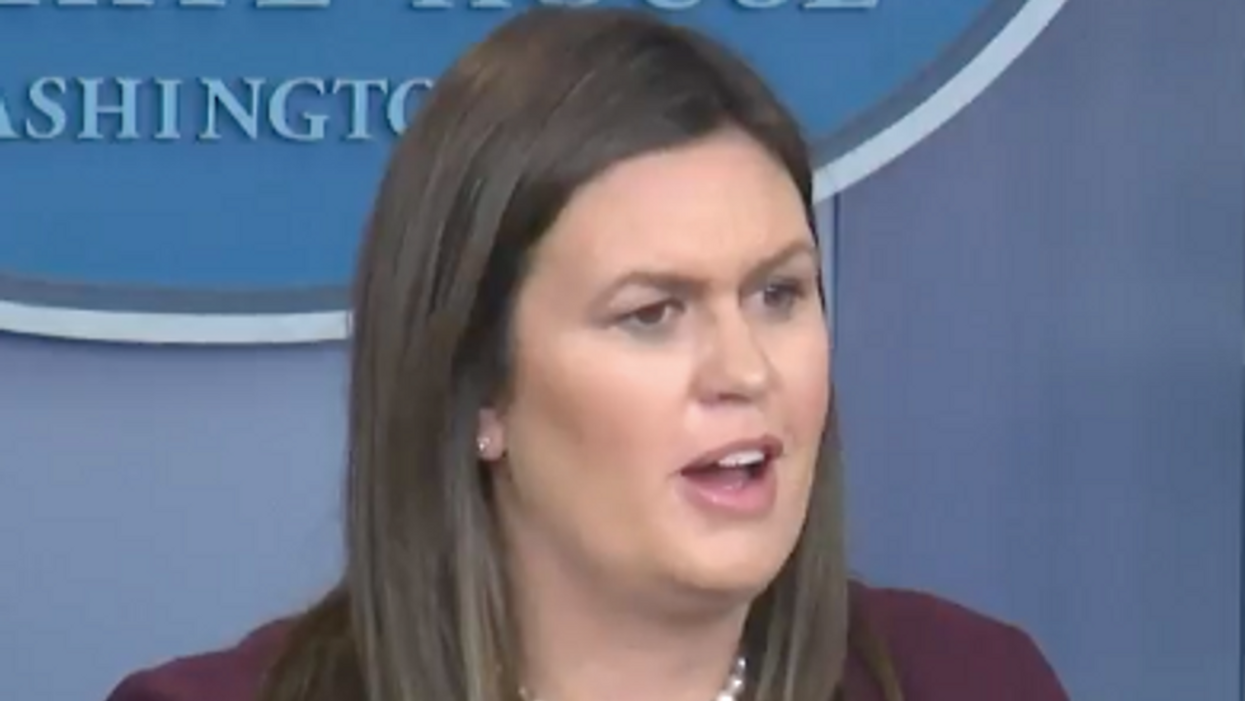 Deep-red Arkansas is gearing up for its first gubernatorial race of the Biden era, and one of the Republicans seeking the GOP nomination is Sarah Huckabee Sanders — daughter of the state's former Gov. Mike Huckabee and former President Donald Trump's second White House press secretary. Journalist Jonathan Martin discusses Arkansas' political climate and its 2022 GOP gubernatorial primary in an article published by the New York Times this week, emphasizing that the primary is a "test case for the future of the Republican Party."

"Arkansas represents the full spectrum of today's GOP," Martin explains. "There are Trump devotees fully behind his false claims of a stolen election and his brand of grievance-oriented politics. That faction is now led by the former White House Press Secretary Sarah Huckabee Sanders, the daughter of Mike Huckabee, the state's one-time governor."

Martin describes Sen. Tom Cotton of Arkansas as the type of conservative Republican who is "less Trump-centric than Sanders," adding, "And then there are pre-Trump Republicans, like Gov. Asa Hutchinson, hoping against hope the moment will pass and they can return the party to its Reaganite roots. Finally, some Republicans are so appalled by Trumpism, they have left or are considering leaving the party."

Arkansas is a bastion of right-wing politics, and it is even more conservative than neighboring Texas. While Trump defeated now-President Joe Biden by 6% in Texas in 2020, he won by 27% in Arkansas.

Sanders' gubernatorial campaign, according to Martin, will "road-test Trumpism in state politics." In the primary, she is running against Arkansas Attorney General Leslie Rutledge, who, Martin notes, "unsuccessfully pleaded with Mr. Trump not to endorse Ms. Sanders." Arkansas Lt. Gov. Tim Griffin dropped out of that primary in February.

Arkansas State Sen. Trent Garner told the Times, "Arkansas Republicanism is defined by President Trump right now." But former Arkansas House Speaker Davy Carter has a very different perspective. Carter, who is being mentioned as a possible third-party candidate in the gubernatorial race, told the Times, "I'm convinced that even in Arkansas, Trump and Trumpism is a slow-sinking ship."

Conservative Arkansas State Sen. Jim Hendren, who left the Republican Party following the January 6 insurrection, is another possible candidate in Arkansas' gubernatorial race. Hendren, a nephew Hutchinson, is considering running for governor as an independent.

Martin notes, "The governor and most observers are deeply skeptical that an independent could win statewide. Indeed, more than a year and a half before Ms. Sanders would even take office, many insiders have moved on to discussing what sort of governor she would be. Would she repurpose Mr. Trump's media-bashing and grievance-oriented politics to stay in the national headlines, and perhaps propel a presidential run of her own, or would she mirror her father's more pragmatic approach to the office?"