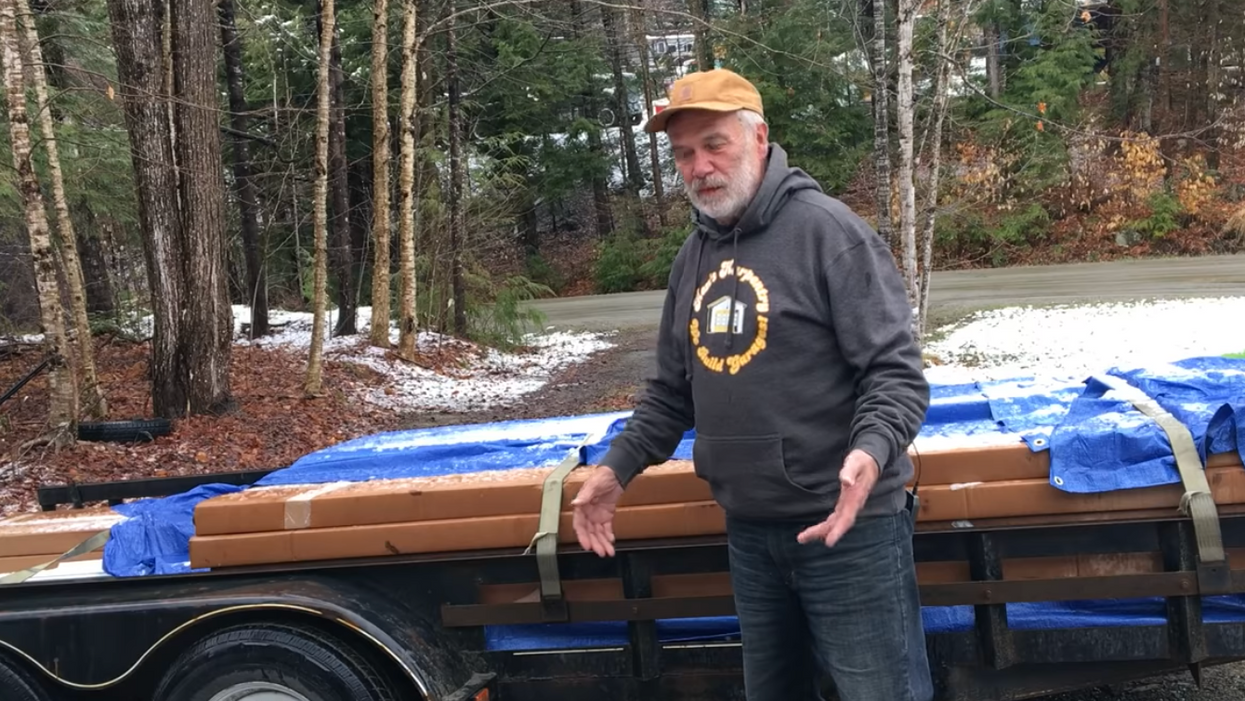 Image via Screengrab.
Travis Gettys
and
Raw Story
May 11, 2021

Amateur sleuths are racking up page views by staking out hardware stores and filming stack of lumber in the latest online conspiracy theory.

Lumber prices have tripled as demand for housing has jumped and the pandemic throttled production, but lumber-shortage truthers are recording videos of wood just as coronavirus skeptics filmed half-full hospital parking lots last year in an effort to prove the pandemic was a hoax, reported The Daily Beast.

"I'm just astounded at how much lumber is here, and I'm wondering why there's such a problem at the lumber yard," says the owner of a YouTube account called "Ken's Karpentry" in a widely viewed video. "We're still seeing the prices increase at the lumber yards, so I'm not sure why."

That video, with the blaring title "TRAIN LOADS OF LUMBER JUST STACKED UP !!!! Why," has been viewed nearly 500,000 times and was cited by the pro-Donald Trump blog Zero Hedge as proof that lumber prices were being artificially inflated.

"Could the lumber industry, controlled just by a few players, be pulling the playbook straight out of the diamond industry to limit supply to drive up prices?" wrote pseudonymous ZeroHedge writer "Tyler Durden."

The spike in lumber prices, which has increased the average cost of new home construction by $36,000, has been driven by increased demand for new housing and home improvement projects, which are both related to the same pandemic that limited production last year in anticipation of an economic crash -- but conspiracy theorists instead see sinister actors at work.

"There are a LOT of these type vids showing the BS narrative of Lumber shortages," wrote one person on a popular QAnon forum. "Nothing short of market manipulation to drive up prices, most notably homes. Why Homes? Part of the American dream is to buy a house."

TikTok has been flooded with viral lumber truther content.

"TikTok, these folks lying to us about this wood shortage," wrote a TikTok user with the screen name "Red the Trucker." "What I do for a living, I'm not going to tell you. But everywhere I go, it's just like this. It's stacked up everywhere I go."

Those videos are often folded into video compilations on Facebook, where the conspiracy theories can reach an often older audience than TikTok's typical user -- and blame President Joe Biden for the price increases.

"So Joe Biden says there's a shortage of lumber, and that's why the price at Home Depot is so high on 2x4's and such?" says the narrator in one such video on Facebook.

TRAIN LOADS OF LUMBER JUST STACKED UP !!!! Why

The mystery deepens. Huge quantities of lumber sitting and not at the lumber yards.