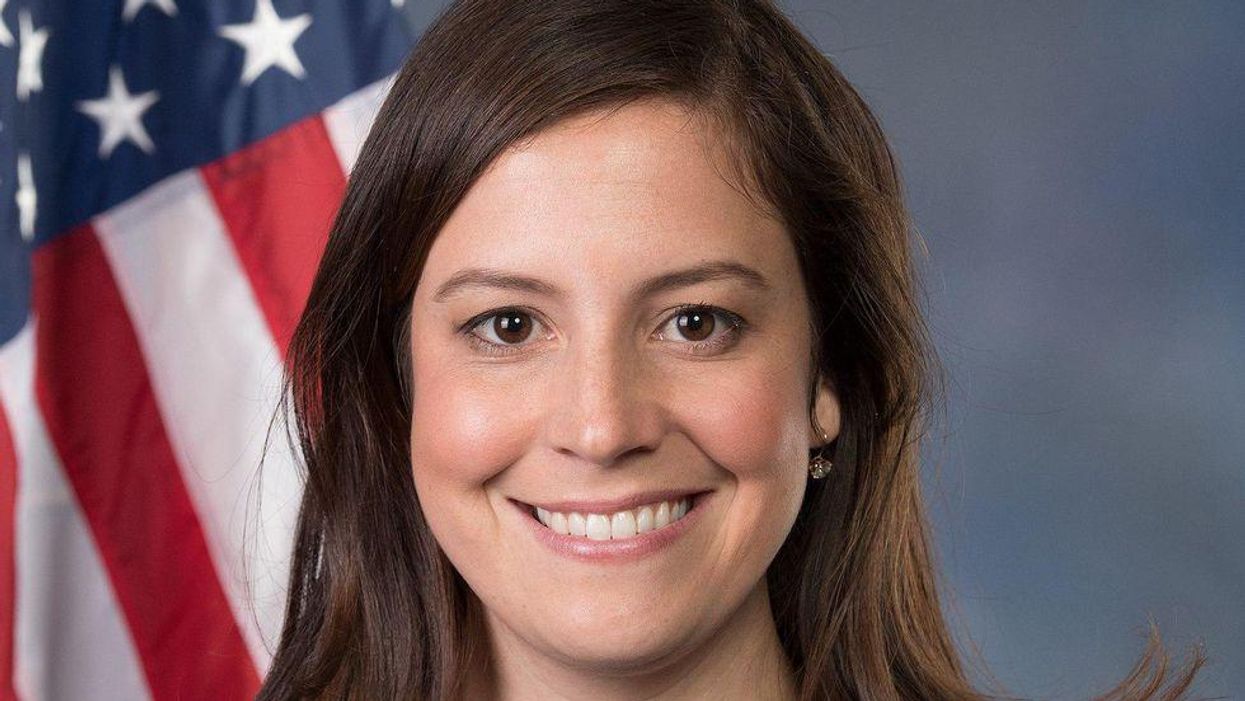 The Republicans in the United States House of Representatives voted this morning to install New York Congresswoman Elise Stefanik as chairwoman of the House GOP conference, replacing Wyoming Congresswoman Liz Cheney. As you know, Cheney kept telling the truth about the former president, meaning he's a treasonous loser, while Stefanik kept winking at the lie that Donald Trump is the legitimate president.

I've talked this week about what all this means. The Republicans are now officially an anti-democracy party. They are also an anti-policy party. They can get almost nothing done, because their leaders are 100 percent focused on stopping nearly everything from getting done. All of this is obvious. It's exhausting having to point out the truth to those unwilling to see it. (Not you!) But since it's the end of the week, and I'm tired anyway, I may as well go the distance. The Republicans are now a pro-terrorism party.

The seeds were planted on January 6. They have been watered every day since by nearly all the Republicans in the United States Congress who failed to indict the former president, who have failed to convict the former president, and who have otherwise minimized, overlooked, or defended the sacking and looting of the United States Capitol, an attempt to overthrow our republic worse than the September 11 terrorist attacks. Insurgencies are attempts to use violence for political ends when normal channels stop producing desirable results. In other words, the January 6 insurrection was terrorism. Anyone siding with it, even in the least, is complicit.

Getting rid of a truth-teller like Liz Cheney, and replacing her with a bootlicker like Elise Stefanik, is not something ideologues do out of fear or cowardice. It is a rational process by which they follow what appear to be rational but amoral incentives. This morning, after the House GOP voted, Stefanik said, "Voters determine the leader of the Republican Party, and President Trump is the leader that they look to. He is an important voice in the Republican Party and we look forward to working with him."

This might sound insane, but only if one persists in believing that Republicans are dedicated to the union of the United States. Once you drop that idea, everything makes sense. When a party clings to a loser, it has decided the entire principle of winning and losing, fair and square, is no longer a principle worthy of respect. It has decided the Democrats are no longer opponents—they are enemies. It has decided losing to the enemy is a crime deserving revenge. It has decided loyalty to the union of the United States has become an obstacle to obeying the will of God. When the US Constitution is a "covenant" between God and His chosen, nothing matters and anything's possible.

Marjorie Taylor Greene follows the same rational but amoral incentives. The Georgia Congresswoman made news yesterday. She accosted New York Congresswoman Alexandria Ocasio-Cortez, accusing her of being in league with terrorists.1 Greene is perhaps the most vocal defender of the former president. She is perhaps the most vocal apologist for the January 6 insurrection. At the very least, she tolerates using violence or threats of violence as means of achieving political ends, which is to say, tolerates terrorism.2 But there's more here than Marjorie Taylor Greene's obscene hypocrisy.

Greene is making a bet. She's betting there are more (white) Americans than not who have lost faith in American democracy and the union of the United States. Because they have given up on America as a good and noble covenant between and among individuals and communities, for the betterment of all, they will, according to Greene's logic, find security and future hope only after making a choice: Which terrorism is better? The one serving God's (white) chosen people or the one serving His enemies.

God isn't on their side, but racism is. And when racism is on your side, you have the advantage. I don't mean there are more people who openly demonstrate hostility toward non-white people. I mean there are more people in this country who will not believe Marjorie Taylor Greene would murder a member of the Congress if the rational but amoral incentives pointed in that direction. They won't believe it, because white people tend to give other white people endless sums of benefit of the doubt. Racism is blinding lots of (white) Americans to the dangers of a party that's now pro-terrorism.

Georgia GOP has a new voter suppression tactic: Here's how they are targeting Black election officials