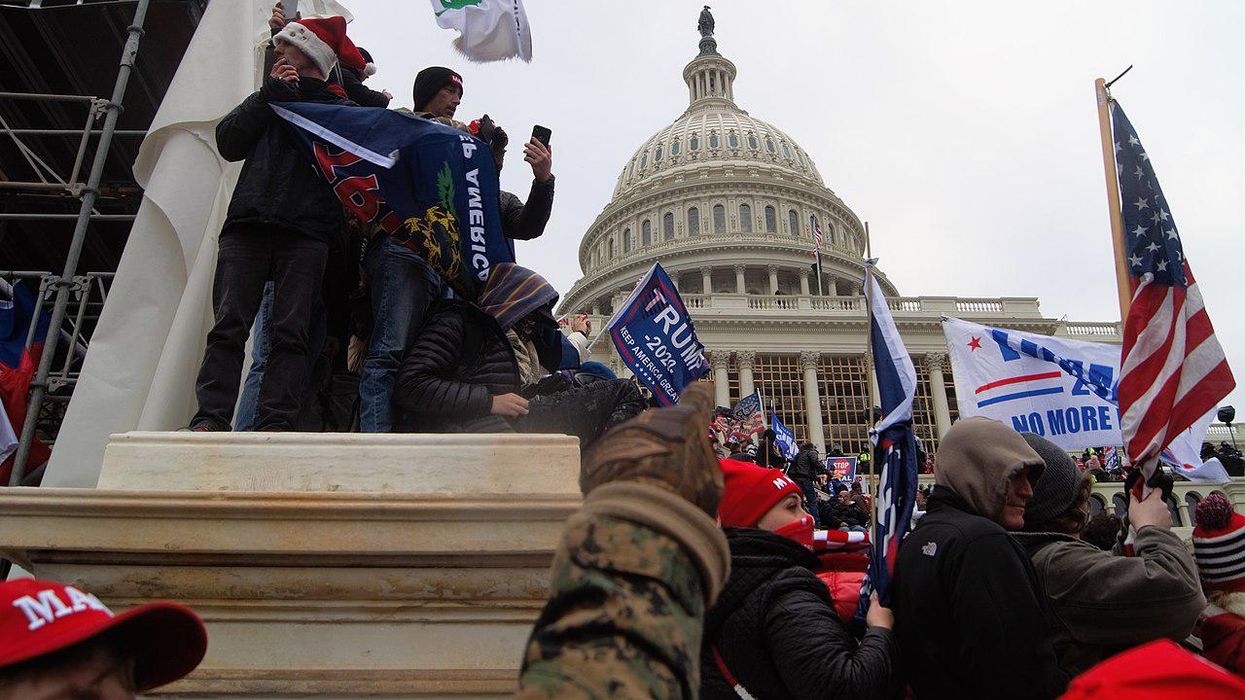 In Glastonbury, Connecticut near Hartford, Chip Beckett was a fixture in the local Republican Party. But Beckett, a member of the Glastonbury Town Council and its former minority leader, is now an ex-Republican — and he discussed his reasons for leaving the GOP and joining the Independent Party during an interview with the Hartford Courant.

Beckett's big problem with the national GOP of 2021 can be summed up in one word: Trumpism. Beckett told the Courant that while he thinks Republicans are doing some good work locally in his area, he believes the national GOP has been overtaken by extremists.

Arguing that the national GOP has been "going in the wrong direction for a long time," Beckett noted that he switched to the Independent Party in December in response to Texas Attorney General Ken Paxton filing a frivolous lawsuit to delay now-President Joe Biden's Electoral College certification in four states. Beckett was also disillusioned with his former party because of former President Donald Trump's policy of separating families at the U.S./Mexico border.

"We celebrate Ellis Island, and here we're separating kids," Beckett told the Courant. "What would we say if (leaders from Russia and China) were doing that? We'd be screaming bloody murder."

Beckett continued, "You can have a bad administration, but when you have the acquiescence of the rank and file, that's not a party I want to stand with. I don't think the national Republicans have represented our country well for a number of years. I don't think they really believe in the constitutional system that we have."

Like other New England states, Connecticut has gone from deep red to deep blue. Connecticut was once a bastion of moderate Rockefeller Republicans, and Courant reporter Jesse Leavenworth points out that Connecticut has become even more Democratic since the 2020 presidential election.

Leavenworth notes, "By early February, more than 6500 Connecticut voters had left the Republican Party since Election Day — a 300% increase from the number who fled during the three-month period after the 2016 presidential election. Reuters reported in February that more than 68,000 Republicans had left the party in recent weeks in Florida, Pennsylvania and North Carolina, crucial states for Democrats' hopes of keeping control of Congress in the mid-term elections in 2022."

But while Beckett is vehemently critical of the national GOP, he maintains that local Republicans in Glastonbury have been doing good work done locally — especially with education and infrastructure

Beckett told the Courant, "I'm very proud of what the Glastonbury Republicans have done over the past 20 years."