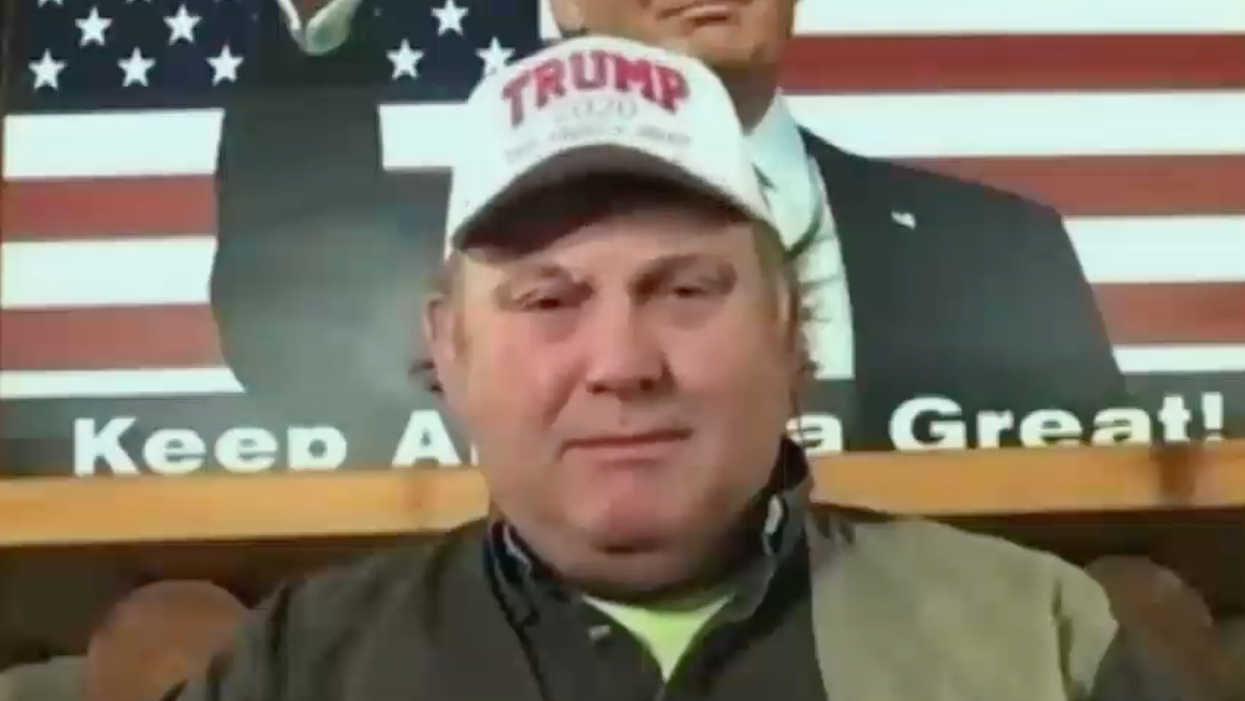 David Badash
and
The New Civil Rights Movement
May 04, 2021

Far right wing cable channel Newsmax TV hosted a QAnon conspiracy theorist Monday night who told viewers Donald Trump is still president and his vice president is John F. Kennedy, Jr., who died in a tragic plane accident in 1999 at the age of 38.

JFK, Jr. being alive is one of the QAnon cult's beliefs.

Newsmax introduced its guest as "a Minnesota business owner who refused to take down a massive, massive Trump 2020 flag that violated his city's ordinance," as Media Matters reports. The cable channel is owned by former President Donald Trump's longtime friend Chris Ruddy.

"Jay Johnson is facing increased fines and says not even jail time can stop him from flying this huge flag over his construction business," Newsmax's Rob Schmitt said. "Just this weekend, he doubled down, put up an even bigger flag. This one is 40 by 60 [feet]. It is 900 square feet bigger than his previous flag. So this thing's like 3,600 square feet. It is huge. The size of the footprint of a house. He's also flying it proudly in the small city of Buffalo, Minnesota, which is, I guess, is technically a blue state which makes it even funnier."

The flag, Schmitt noted, "has the names Trump and JFK Jr. on it, is that right? With the slogan 'where we go one we go all.' Explain this flag."

"Well," Johnson replied, "Trump, to me, is the lone ranger and the lone ranger needs a guy by his side, and that's JFK. And, so, I decided to put it up and leave the people — think about what's going on."

The phrase "where we go one we go all," is a QAnon conspiracy motto, one popularized by former Trump national security advisor Mike Flynn in an oath he took on camera.