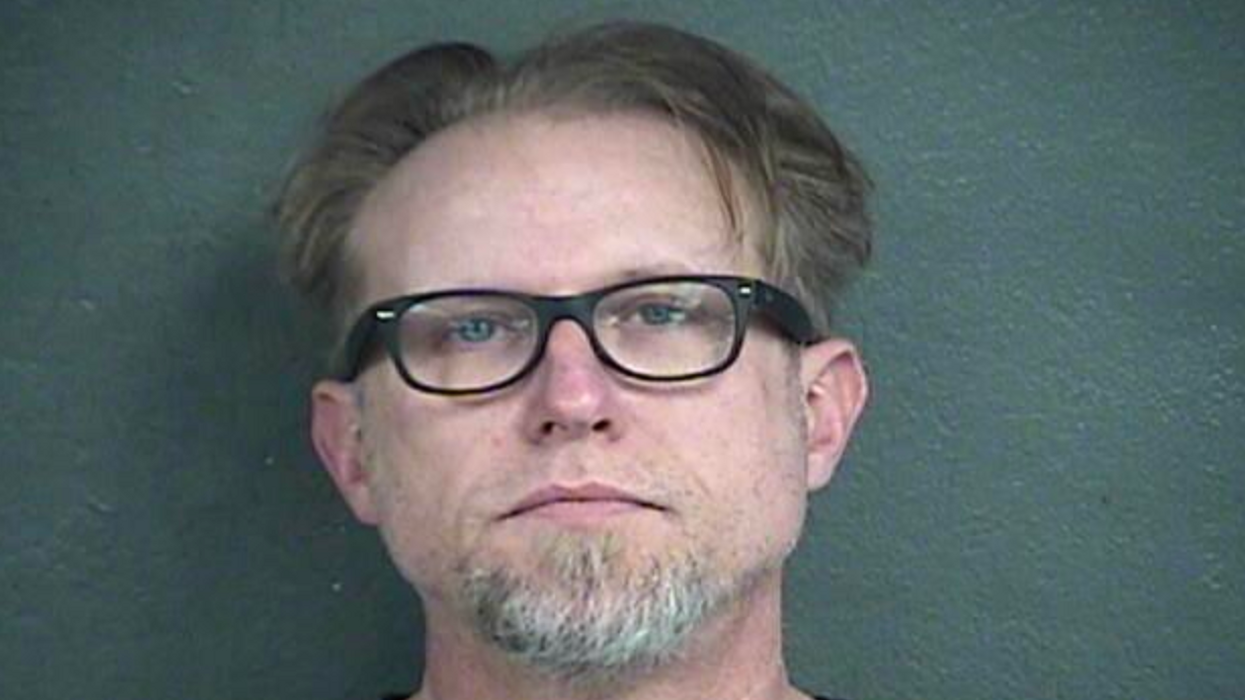 A Proud Boys member seen wielding an ax handle during the U.S. Capitol insurrection wants to be released from jail so his disability payments aren't discontinued.

William Chrestman's attorney filed a motion Wednesday in district court arguing the U.S. Army veteran posed no safety risk and asked for his release due to health issues and to continue receiving the veterans benefits his family needs, reported the Kansas City Star.

"His current detention status places him in danger of losing those significant benefits," reads the filing. "The residence he shares with his common-law partner … and their six children is in danger of foreclosure, placing the whole nuclear family in jeopardy of homelessness."

The 47-year-old Chrestman suffers long-term chronic back pain from a workplace accident and he wasn't receiving proper pain medication in jail, the motion states, and he also wasn't being treated for attention deficit hyperactivity disorder, major depressive disorder and insomnia.

"We are confident the Court can form a release plan involving some form of monitoring such that Mr. Chrestman is able to address his pressing personal/health concerns at the same time as allowing his actions to be monitored appropriately," his attorney argues.

Chrestman was indicted Feb. 26 along with fellow Kansas City Proud Boys members Christopher Kuehne, Ryan Keith, and siblings Cory and Felicia Konold, but his attorney argues there's no proof he was part of an organized effort to break into the Capitol as lawmakers certified Joe Biden's election win.

The unemployed union sheet metal worker was charged with conspiracy, threatening to assault a federal law enforcement officer and carrying a wooden ax handle at the Capitol, and his co-defendants have all been released on a personal recognizance bond pending trial.

A federal judge reversed a Kansas judge's decision to release Chrestman and ordered him held without bond until his trial, after prosecutors argued that he had played a key role in the insurrection.

Chrestman's attorneys, however, argued that his co-defendants "have significantly more involvement" than he did, but no hearing has been scheduled yet on the latest motion.

Classmates back in Oxnard, California, where Chrestman grew up, reported him to the FBI after videos of him carrying an ax during the riot, and they say he became radicalized in recent years through YouTube videos involving Qanon conspiracy theories and other right-wing content.

"He talked about our civil liberties being stripped from us little by little and fearing that the banking system will get shut down and we're going to get thrown in FEMA camps and a socialist society," one former classmate said. "Every day the sky was falling. Every day there was something to be afraid of. The majority of things that were predicted didn't happen. And if they did happen, or something similar did, he was like, 'See, I told you.'

"To the core, he's not a bad person," she added. "He just has a lot of fears that this country's being led in the wrong direction."