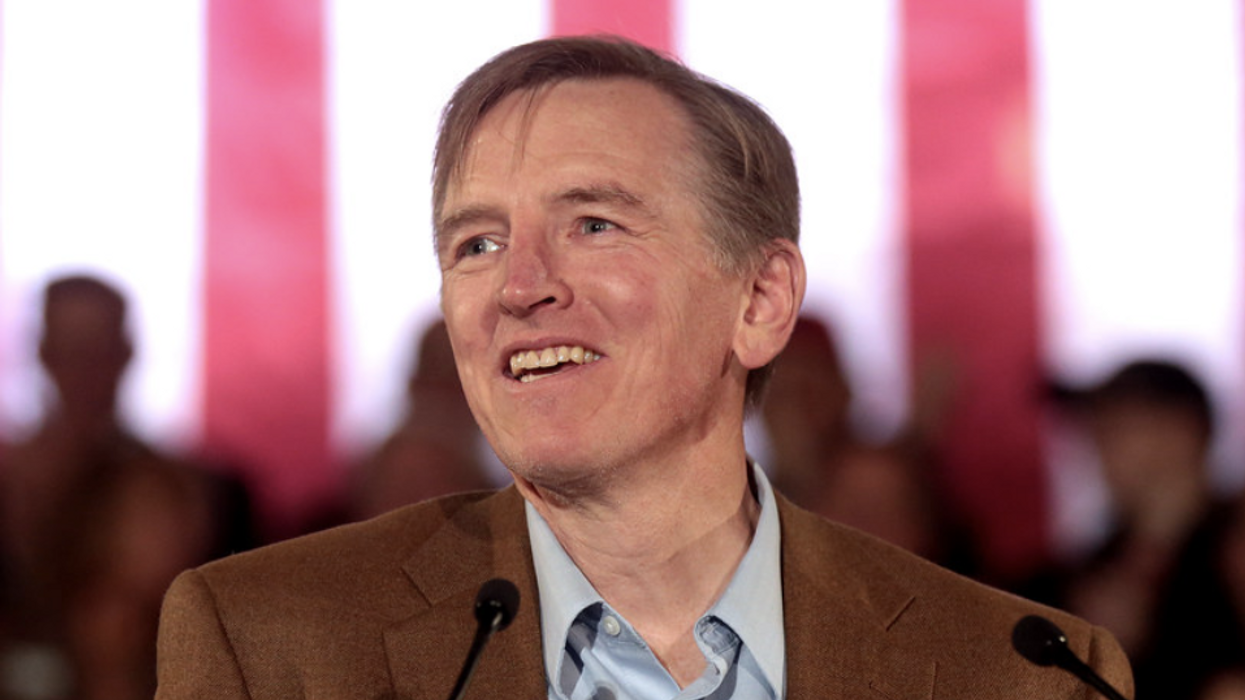 U.S. Congressman Paul Gosar speaking with supporters at the 2018 election eve rally hosted by the Arizona Republican Party at the Yavapai County Courthouse in Prescott, Arizona, photo via Gage Skidmore.
Daily Kos
May 30, 2021

These days, there's a pretty crowded field in the race for "worst member of Congress," but Rep. Paul Gosar proved Friday why he is firmly among the top contenders. As Senate Republicans blocked the Jan. 6 commission, the Arizona Republican got the bright idea to pay tribute to a Jan. 6 insurrectionist.

Um, Doctor? Babbitt is no hero and no patriot.

Babbitt was a retired senior airman turned pool supply company owner and full-on QAnon supporter from San Diego. In her final moments, captured by live-streamers, the 35-year-old was seen trying to climb through a broken window in the Speaker's Lobby with a mob behind her, demanding that Capitol Police officers let them through. She then yelled "Go! Go!" to two men, who hoisted her through the window. A plainclothes officer shot her, mortally wounding her. Prosecutors rightly recommended not charging the officer who shot her.

It cannot be stated enough. A member of the U.S. House of Representatives saw fit to celebrate a woman who was taking part in an illegal and unconstitutional coup attempt.

The lyrics in Gosar's tweet, of course, are from U2's 1984 hit "Pride (In the Name of Love)." The song is a tribute to Rev. Dr. Martin Luther King, Jr., not traitors trying to overthrow democracy.

Daily Kos Community Contributor SemDem had some choice words for the deranged dentist.

This is but a tiny sample. This is how Gosar's feed looked when I saw this garbage last night.

We already knew Gosar's moral compass was severely warped, of course. This is a guy who spoke at a white supremacist gathering, and whose own role in the events leading up to the insurrection unnerved him enough that he actually tried to get his orange messiah to pardon him. But this is a staggering failure to read the room, even for him.

Gosar may think he can avoid accountability for this. After all, he represents what is easily the most Republican district in the Mountain Time Zone that doesn't cover an entire state. It has a PVI of R+22, and Trump took 68% of the vote in both of his bids.

News flash, Paul: You're not going to get away with this thumb in the nose of every officer who had to endure that day's horror. The nation knows: If the party allows people like you to be empowered, then the GOP is unfit to govern.