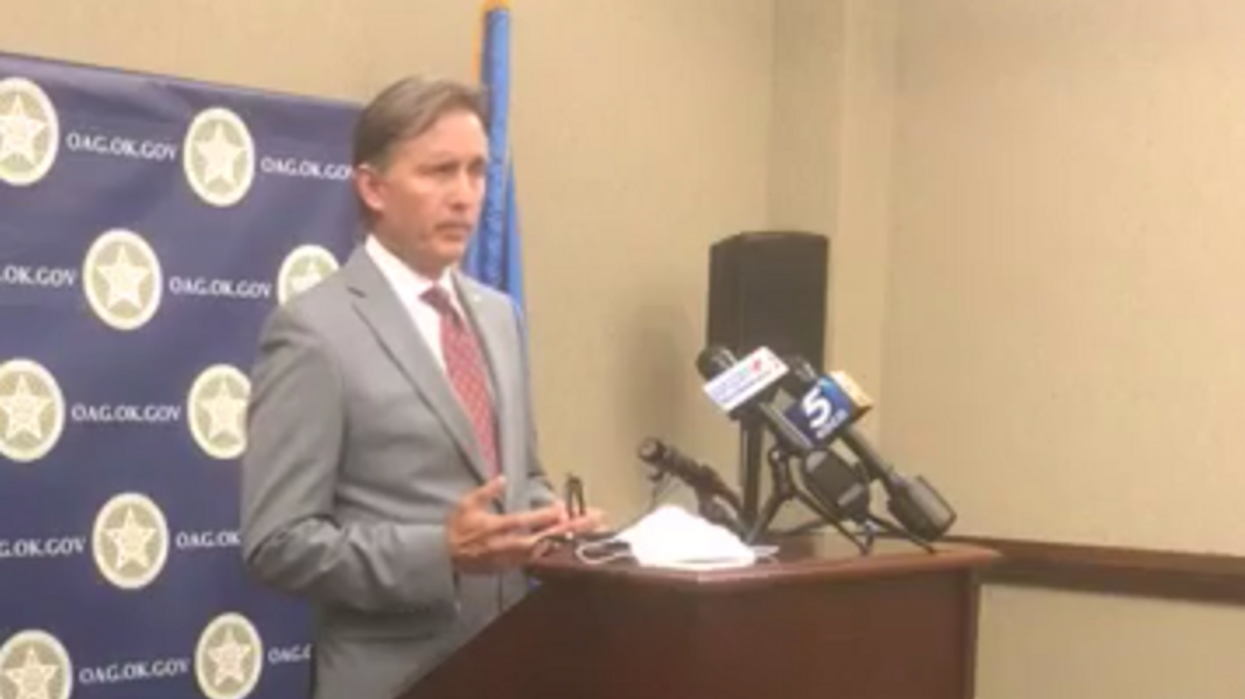 Image via Screengrab.
Travis Gettys
and
Raw Story
May 26, 2021

Oklahoma's attorney general Mike Hunter resigned after a local newspaper questioned him about an extramarital affair its reporters had confirmed.

The Oklahoman submitted questioned Tuesday night to the Republican, who filed for divorce his wife of 39 years last week, after confirming the affair with a state employee through individuals familiar with the situation, and Hunter announced his resignation less than a week later.

"It has been a distinct and absolute privilege of a lifetime to serve as the state's attorney general," Hunter said Wednesday in a statement. "Regrettably, certain personal matters that are becoming public will become a distraction for this office. The office of attorney general is one of the most important positions in state government. I cannot allow a personal issue to overshadow the vital work the attorneys, agents and support staff do on behalf of Oklahomans."

The state employee with whom he had the affair did not work in the attorney general's office, the newspaper reported.

His wife, attorney Cheryl Hunter, told The Oklahoman that she was heartbroken: "My priorities are to take care of my sons, my daughter-in-law, my grandson and my parents."

Hunter was appointed attorney general by former Gov. Mary Fallin to fill the unexpired term of Scott Pruitt, and the Republican was elected to a full term in 2018 and had planned to seek re-election next year.

Earlier this month, Hunter reached an agreement with FFF Enterprises to return the state's stockpiled of hydroxychloroquine for a full $2.6 million refund after the Food and Drug Administration revoked its emergency use authorization for the drug as a treatment for COVID-19.