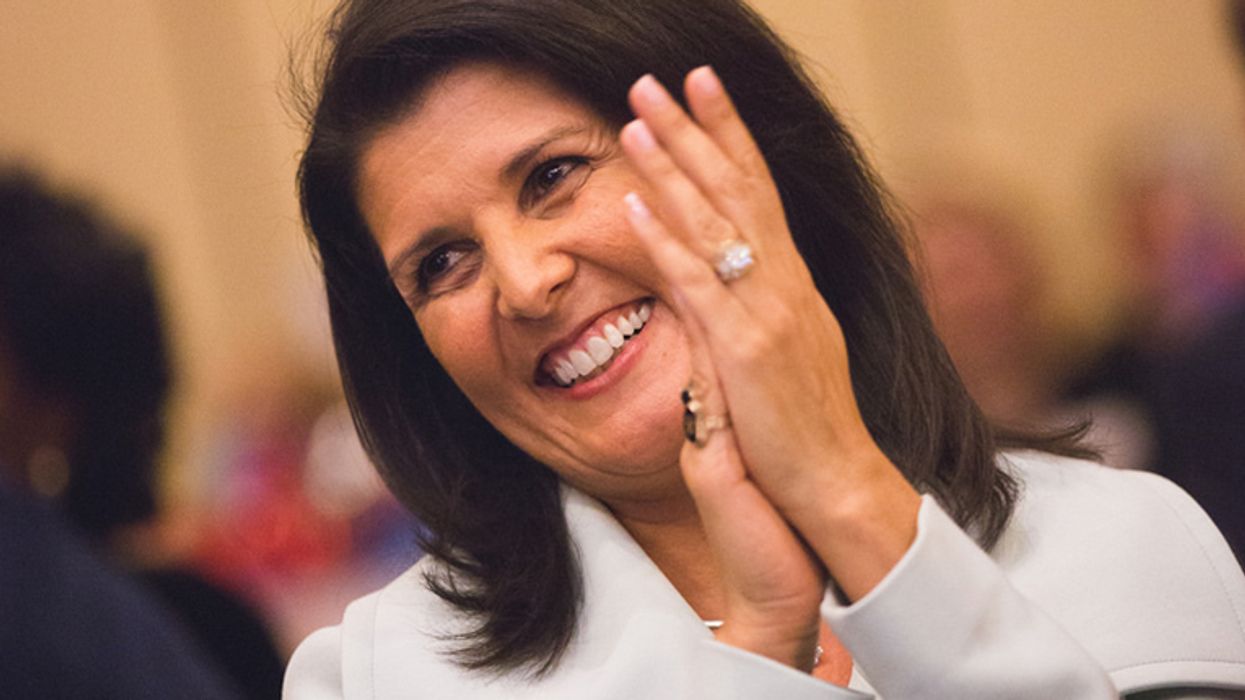 2024 GOP presidential hopeful Nikki Haley is once again under fire. Once seen by some as a stalwart who held to her beliefs regardless of political consequence, the former South Carolina governor and former Trump UN Ambassador has flip-flopped on nearly every issue she has weighed in on at least since leaving the administration, while choosing to speak out on the most fleeting issues the GOP is focused on.

"Critical race theory is harmful to a child's education," Haley tweeted, complete with video of her talking to far right commentator Dennis Prager, who insists America is not racist. He's also decried not being able to use the "n" word anymore.

After Prager calls the 1619 Project a "lie," Haley says "kids should not be taught that they are racist," which is not what critical race theory does.

But as Daily Beast editor Justin Baragona notes, last year Haley talked about the discrimination and bullying she faced because she is of Indian descent.

"In much of the Democratic Party, it's now fashionable to say that America is racist. That is a lie. America is not a racist country," Haley said at the 2020 RNC, as NBC News reported.

"I was a Brown girl, in a Black and white world. We faced discrimination and hardship," she added.

Haley has also described herself as "white" on a voter registration form, as Mother Jones reported in 2011.

She is getting scorched on social media.

@mehdirhasan So if kids "don't see color," is this story that Nikki Haley told of the discrimination and bullying s… https://t.co/YgorMCoj5U
— Justin Baragona (@Justin Baragona)1620172371.0

@NikkiHaley You don't even know what "critical race theory" is. You just want to deny knowledge of the country's fo… https://t.co/2HxVmEbRZP
— Scott Tobias (@Scott Tobias)1620159891.0

@NikkiHaley You've literally read nothing on the subject. Why broadcast your ignorance?
— Dave Zirin (@Dave Zirin)1620159892.0