How Trump is 'teaming up with' Newt Gingrich for a 2022 version of the Contract With America: Report 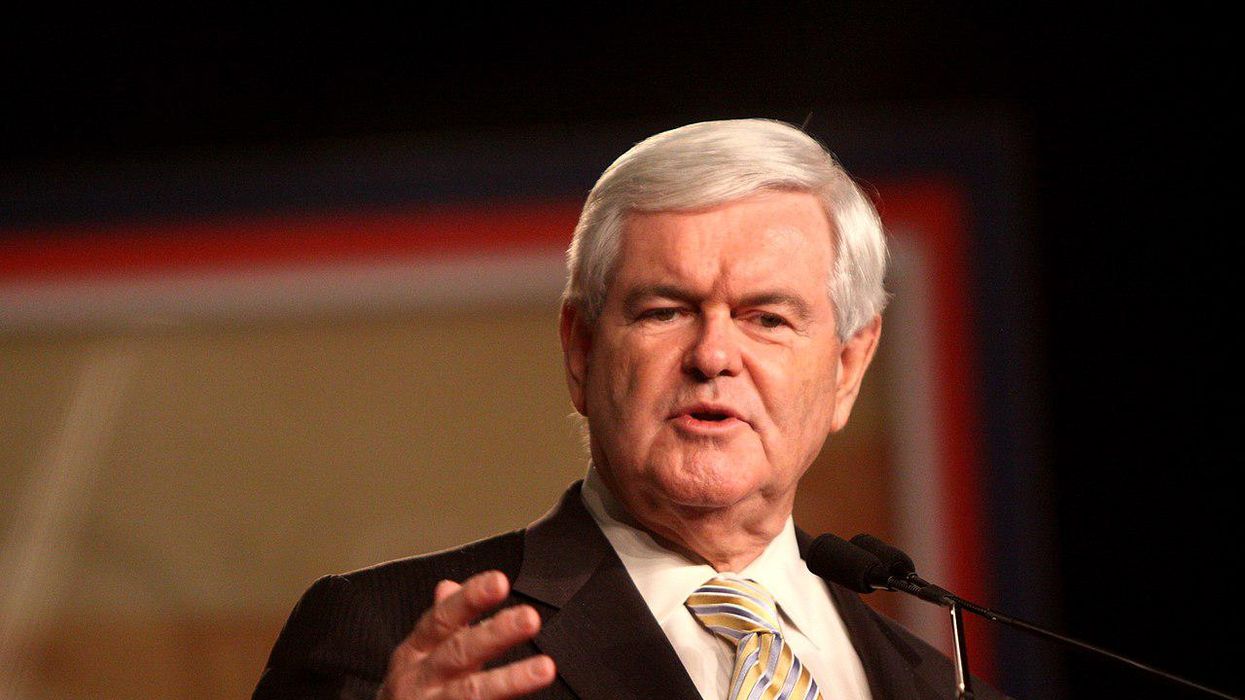 In 1994, when President Bill Clinton was serving his first term, then-House Minority Whip Newt Gingrich unveiled his Contract With America — a hard-right Republican legislative agenda that Gingrich's critics slammed as the Contract On America. Republicans recaptured the House in the 1994 midterms, and Gingrich became House speaker in January 1995. Now, in the Biden era, Gingrich is a major ally of former President Donald Trump — and according to Politico reporter Meridith McGraw, Gingrich and Trump are joining forces for a new version of the Contract With America for the 2022 midterms. But the 2022 version, McGraw reports, will have a much more Trumpian focus.

"With an eye toward winning back the House and Senate in the 2022 midterm elections, former President Donald Trump has begun crafting a policy agenda outlining a MAGA doctrine for the party," McGraw reports. "His template is the 1994 'Contract With America,' a legislative agenda released ahead of the midterm elections in the middle of President Bill Clinton's first term. And as a cherry on top, he's teaming up with its main architect — Gingrich — to do it."

McGraw adds that according to a Politico source, Trump recently met with Gingrich, former White House Chief of Staff Mark Meadows and Sen. Lindsey Graham of South Carolina at Trump's Mar-a-Lago resort in South Florida to "begin crafting the document."

With an eye toward winning back the House and Senate in the 2022 midterm elections, Donald Trump has begun crafting… https://t.co/wDZBjgUoaf
— POLITICO (@POLITICO) 1621990839.0

"The group is still just beginning to hammer out the details of what a Trumpified Contract might look like," McGraw explains. "But it is likely to take an 'America first' policy approach on everything from trade to immigration. The source described it as 'a policy priority for 2022 and beyond.' Its construction has been teased and talked about for weeks, but the fact that the principals are beginning to put it together underscores Trump's continued interest in trying to shape the Republican Party."

The 77-year-old Gingrich, however, told Politico that he doesn't expect the 2022 plan to be finalized "anytime soon." When Politico asked him to outline some policy priorities that it may include, the former House speaker responded, "It should be positive. School choice, teaching American history for real, abolishing the '1619 Project,' eliminating critical race theory and what the Texas legislature is doing. We should say, 'Bring it on.'"

Like Barack Obama, Clinton went down in history as a president who was decisively reelected but suffered a major setback at the midterms. 1996 was a great year for Clinton, who was reelected with 379 electoral votes compared to only 159 for Republican nominee Bob Dole. But Democrats suffered a major pounding in the 1994 midterms.

"The original 'Contract with America' was credited with helping Republicans gain their first majority in four decades after the party picked up 52 seats in 1994 in the House and nine seats in the Senate," McGraw recalls. "Republicans have used it as a template in elections since."

The Politico reporter continues, "In 2010, the so-called Republican 'Young Guns,' led by Reps. Eric Cantor, Paul Ryan and Kevin McCarthy, introduced a much longer version of Gingrich's contract with a 224-page publication outlining policy goals ahead of the midterm elections. And Graham, who was one of the Contract's signatories when he first ran for a House seat in 1994, has frequently advocated for Republicans to adopt Contract-style declarations to unify the party during election years."