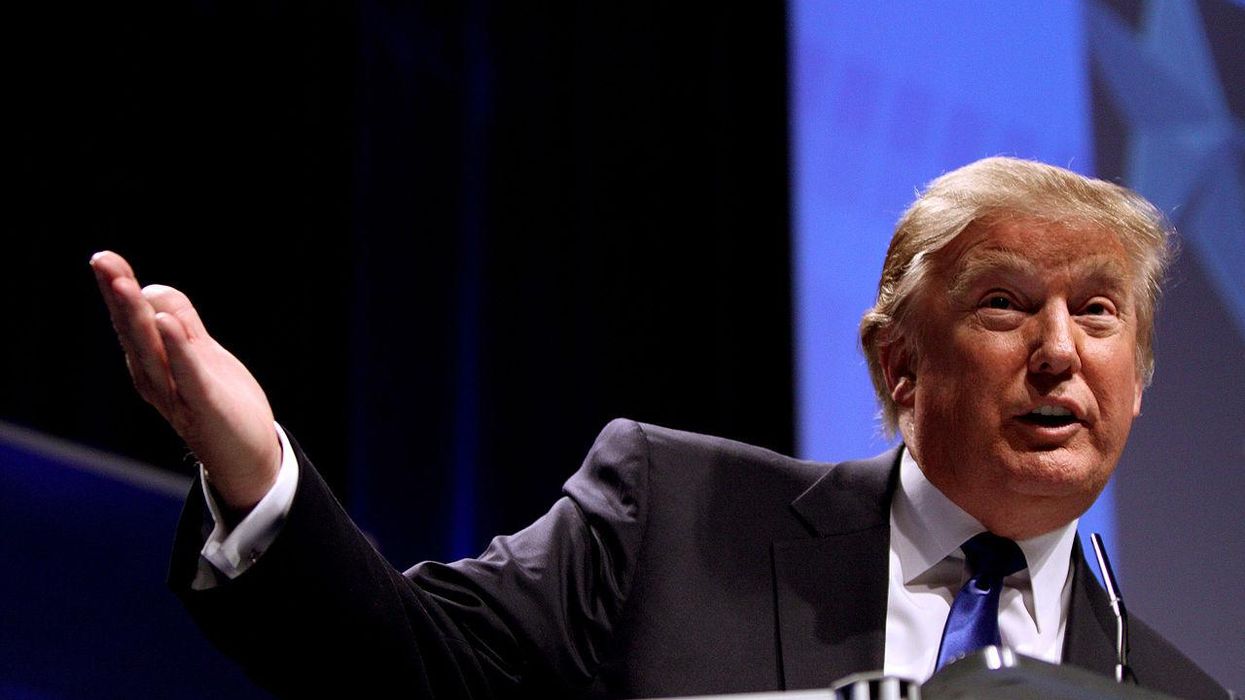 Half a year after the 2020 presidential election, former President Donald Trump and many of his sycophants refuse to accept the fact that now-President Joe Biden won 306 electoral votes and defeated him by more than 7 million in the popular vote. This month at his Mar-a-Lago resort in South Florida, Trump claimed that he really won New Hampshire — and journalist Philip Bump, in a Washington Post article published on May 3, explains the role that the town of Windham, New Hampshire plays in that fantasy.

Recently at Mar-a-Lago, Trump claimed, "You're watching New Hampshire. They found a lot of votes up in New Hampshire just now. You saw that."

Bump notes that in Windham — which has around 14,000 residents — a "Democratic candidate named Kristi St. Laurent requested a recount in the race to seat four members of the state legislature."

"Eight candidates ran, four from each major party, with the top four winning election," Bump observes. "After the votes were initially tallied, St. Laurent came in fifth, by a margin of 24 votes. After the recount, though, she lost by more than 400. How? Because the recount found that all four Republicans had actually earned about 300 more votes than were included in the initial tally — and that St. Laurent had been allocated 99 more votes than she deserved."

But according to Bump, Trump is grasping at straws when he claims that the 2020 presidential election was "rigged" against him in New Hampshire.

"The idea, it seems, is that this undercounting of votes for Republican candidates in Windham trickles up to Trump himself," Bump explains. "The original tally reported by the town had Trump beating Joe Biden by 629 votes, making Windham an unlikely epicenter for efforts to hand the election to Biden. But if Trump's votes were also undercounted by 300 votes? Well, then his margin of defeat in the state drops from just over 59,000 to just under 59,000. More broadly, the idea Trump would have you believe is that this oddity somehow demonstrates that vote counting nationally is suspect."

Bump points out that the recount in Windham was "completed by the end of November" and that New Hampshire Gov. Chris Sununu, a conservative Republican, has vowed to "get to the root of the problem" in Windham and show that "even though it may have been a small problem, that it isn't systematic across anything."

"It's not clear why the tally in Windham was off," Bump notes. "What is clear is that, even if Trump won every single vote in the town, it neither affects the results in New Hampshire nor the presidency overall — nor does it necessarily suggest any systemic problem with vote-counting. It is one weird little glitch in one small town in a small state. But for a movement looking for any glitch anywhere as evidence that the whole system is crumbling, it'll work."