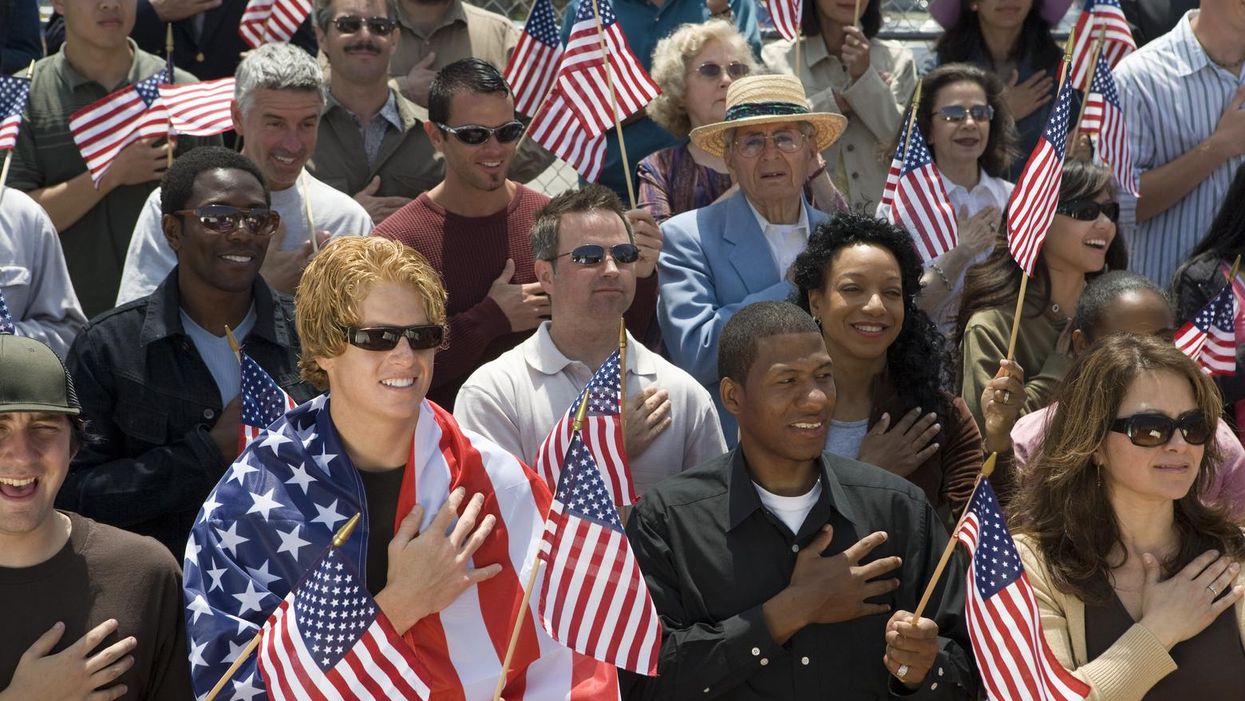 Image via Shutterstock.
The Texas Tribune
May 25, 2021

"Texas House votes to yank state funding from sports teams that don't play national anthem at games" was first published by The Texas Tribune, a nonprofit, nonpartisan media organization that informs Texans — and engages with them — about public policy, politics, government and statewide issues.

The Texas House gave preliminary approval on Monday to the so-called “Star Spangled Banner Protection Act," a conservative-backed bill that would require any professional sports teams with contracts with the Texas state government to play the national anthem before the start of a game.

Senate Bill 4 was passed on a voice vote, with no changes by the House. It is expected to receive a record vote and final passage on Tuesday and head to Gov. Greg Abbott's desk.

House Republicans defeated several proposed amendments along partisan lines, signaling more division on the issue in the lower chamber than was seen in the Senate, which passed the bill last month with overwhelming bipartisan support and only two votes against it.

In February, Patrick named the bill one of his legislative priorities after Mark Cuban, the owner of the Dallas Mavericks, stopped playing the anthem before home games, which went largely unnoticed during the pandemic with no fans in the stands.

That decision quickly drew the ire of conservative lawmakers in the state.

“Sell the franchise & some Texas Patriots will buy it," Patrick said in a tweet at the time. “We ARE the land of free & the home of the brave."

In a public response to the outcry condemning his decision, Cuban expressed support for the anthem, but he said team executives “also loudly hear the voices of those who feel that the anthem does not represent them." The NBA later said all teams would play the anthem before games.

During Monday's debate on the House floor, opponents questioned the constitutionality of a law that they said ties funding to free speech by threatening negative action against sports teams that choose to express their opinions by declining to play the anthem.

“Once again, we're carrying legislation that is openly and aggressively unconstitutional," said state Rep. Gene Wu, a Houston Democrat who unsuccessfully tried to turn the bill into a resolution, allowing the House to take a stand in favor of the anthem without the force of law.

The bill's House sponsor, state Rep. Dustin Burrows, R-Lubbock, said the bill does not violate free speech because teams can still choose not to play the anthem and forgo the funding and business relationship with the state.

“It's very simple. If they do not want to play the national anthem, they don't take the tax dollars," Burrows said. “If we're going to go ahead and subsidize with hard-earned American dollars the sporting facilities and the teams in the different ways that I think is articulated in this bill, then this would apply."

Attempts by Democrats to require teams to play both the “Star-Spangled Banner" and “Lift Every Voice and Sing," or to choose between them, were shut down along partisan lines.

“Lift Every Voice and Sing" is commonly known as “the Black national anthem," said Rep. Jasmine Felicia Crockett, D-Dallas, who authored one of the amendments.

“I don't even understand why we would feel the need to force someone into singing any song," Crockett said. “But if we are going to force people to sing a song, we should at least be mindful of the people playing on these teams, the people that are actually in the stands supporting these teams."

Burrows opposed the amendments “with the deepest amount of respect to my friend and colleague" because he wanted to avoid any changes to the bill, which would slow its progress to the governor's desk during the final week of the legislative session.

This article originally appeared in The Texas Tribune at https://www.texastribune.org/2021/05/24/texas-house-national-anthem/.