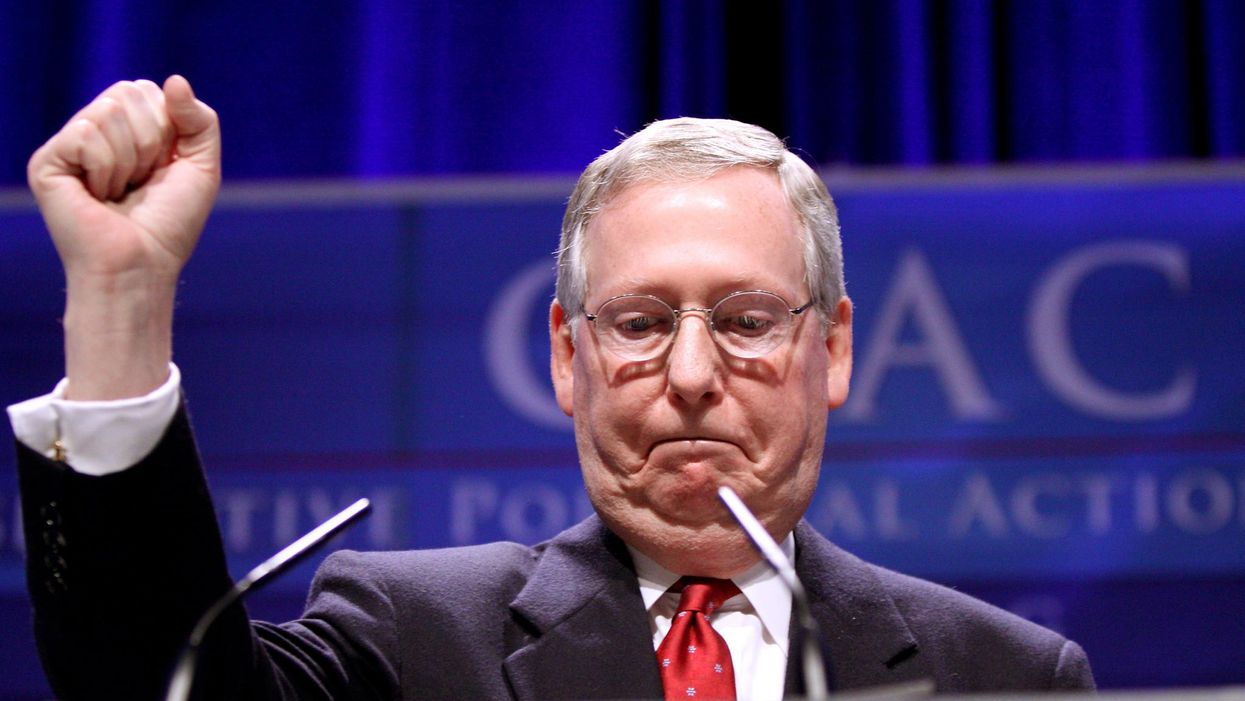 Senate Minority Leader Mitch McConnell was blasted by his alma mater, the University of Louisville, for his comments about the importance of slavery in American history.

The Kentucky Republican was asked Monday at a university event about the New York Times Magazine's 1619 Project, which sought to reframe the nation's history by placing slavery and the contributions of Black Americans at the center of U.S. history, and McConnell dismissed that narrative, reported WDRB-TV.

"There are a lot of exotic notions about what are the most important points in American history," McConnell said in response. "I simply disagree with the notion that the New York Times laid out there that the year 1619 was one of those years."

A senior university administrator and the head of a committee overseeing its new anti-racism initiative rebuked McConnell, who graduated in 1964 and established the nonpartisan McConnell Center in 1991, in a university-wide email.

"To imply that slavery is not an important part of United States history not only fails to provide a true representation of the facts, but also denies the heritage, culture, resilience and survival of Black people in America," said V. Faye Jones, interim senior associate vice president of diversity and equity.

Jones said the senator's failed to recognize the effects of systemic racial discrimination and how slavery continues to haunt the country.

"What we know to be true is that slavery and the date the first enslaved Africans arrived and were sold on U.S. soil are more than an 'exotic notion,'" Jone said. "If the Civil War is a significant part of history, should not the basis for it also be viewed as significant?"