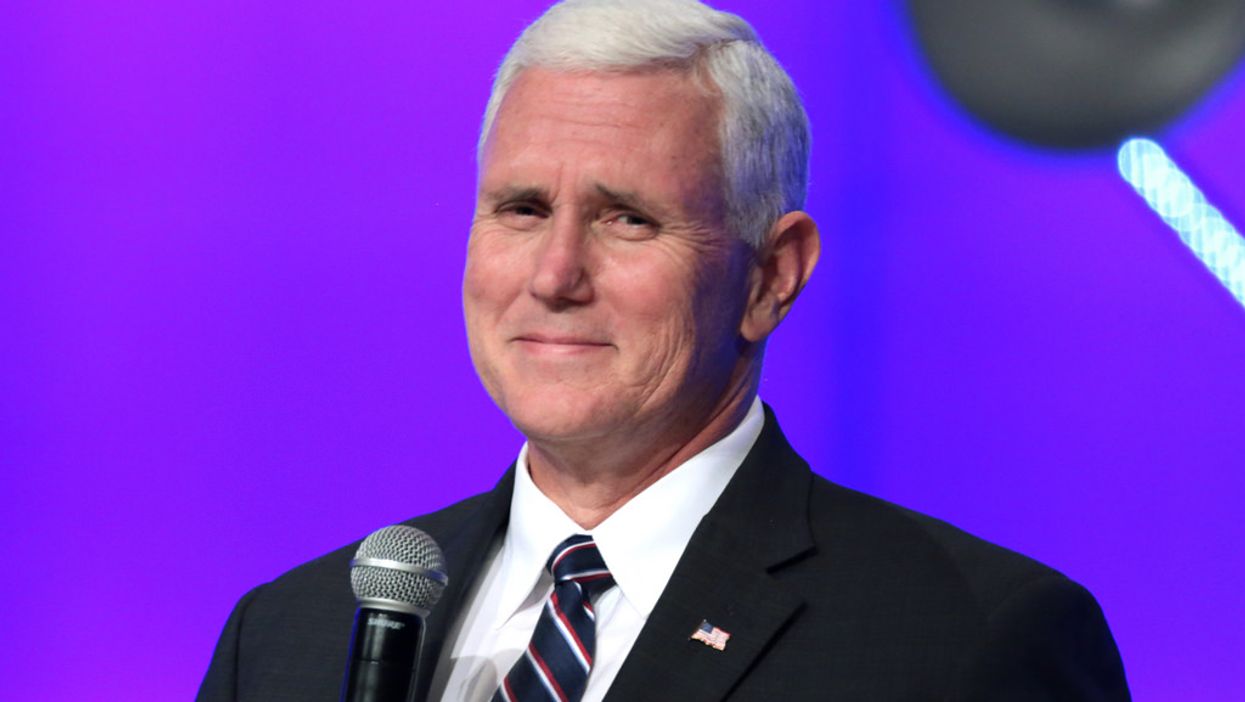 Here's the Incriminating Case Against Mike Pence
David Badash
and
The New Civil Rights Movement
May 20, 2021

Mike Pence, the former Trump vice president, and Mike Pompeo, the former Trump secretary of state, headlined an event called the "Rally of Hope" to celebrate the launch of a Korean cultist's alleged "think tank" earlier this month. That event was encapsulated in a just-released propaganda-like video.

Hak Ja Han Moon is the head of what was once called the Unification Church, a Christian offshoot "cult" (according to some who say they "escaped" it,) best known for mass weddings and for its founding and ownership of the right wing newspaper The Washington Times. The church, now called the Unification Movement, was founded by her late husband, Rev. Sun Myung Moon. Their acolytes believe the Moons are the Messiahs and the "True Parents" of humanity.

"Though American conservatives have long made common cause with the Unification Church," Mother Jones' David Corn reports, "the head of the outfit that pulled together this event declared not too long ago that the 'Christian era has ended' —which means Pence and Pompeo, whose self-professed religious devotion is a prominent part of their respective political profiles, were (knowingly or not) collaborating with and bolstering a group that says it is supplanting the Christianity they embrace."

"During his videotaped speech," Corn reports, "Pence claimed that Think Tank 2022 is 'bringing the wisdom of leaders in government, business, religion, civil society' and that thanks to this new endeavor, 'the dream of peaceful cooperation and unity will be closer to reality than ever before.' (Pence spoke at a previous and similar Rally of Hope in March.) Pompeo, who was introduced as a 'devout Christian,' hailed former President Donald Trump's assorted engagements with Kim Jong Un, the tyrannical and murderous leader of North Korea."

"We tried something different," Pompeo said. (Foreign policy specialists have tended to note Trump's overly palsy overtures to Kim yielded no true progress.) Gingrich praised the Moons, the Universal Peace Federation, Think Tank 2022, and the Washington Times, the conservative paper Sun Myung Moon founded. Esper noted that Hak Ja Han Moon has been "working to help strengthen America's role in the world." He didn't elaborate on what he meant by that.

Perhaps most importantly, Corn notes, no one will say if Pence or Pompeo were paid to speak. And given the financial resources of the Unification Movement that has reportedly one to two million members, that could speak volumes.