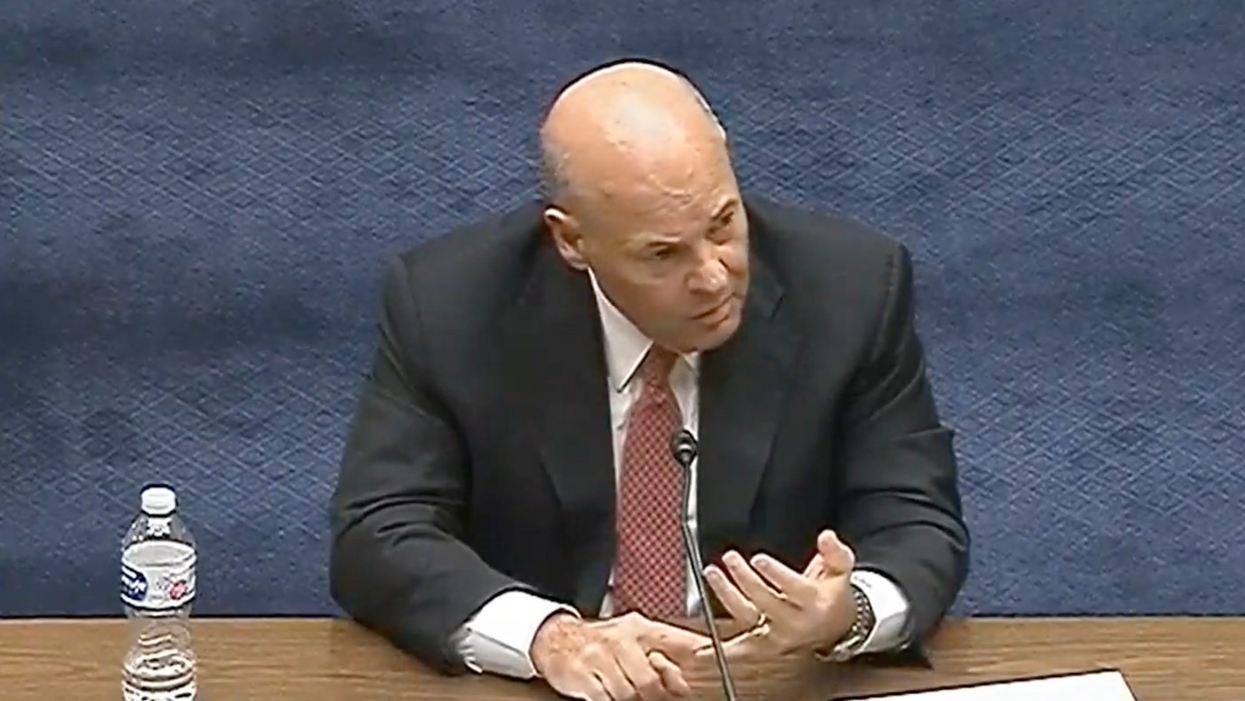 After the failed union vote at an Amazon warehouse in Alabama, the critical postmortems ignored a reality that may result in another election: Amazon cheated.

A May 7 labor board hearing will consider a request for a new vote sought by the Retail, Wholesale and Department Store Union. Its complaint details a campaign of intimidation to pressure employees to reject the union.

The Labor Board has a long history of looking the other way when given evidence of cheating by employers in union elections. But this time may be different because of who helped cheat --- from local on up to national officials.

The Jeff Bezos company installed drop boxes to collect votes on company property. Amazon placed these boxes despite being told by the National Labor Relations Board staff not to do so.

Here, we use the pejorative verb connivance because the drop box installed inside Amazon's Bessemer parking lot did not carry any postal insignia.

Amazon can leverage the Postal Service because Amazon has made itself crucial to USPS finances.

The Postal Service generated nearly $4 billion in revenue from Amazon in 2019 and counted an eye-popping $1.6 billion of that in profit. The volume of business Amazon delivered grew bigly last year because of the coronavirus pandemic.

This reliance on Amazon for highly profitable business likely explains why, beyond his well-documented anti-union animus, DeJoy would help Amazon fight the union.

The struggle between American workers and the bosses has been, and continues to be, fantastically lopsided.

A pro-union worker, Jennifer Bates, told reporters last month that colleagues at the Bessemer Fulfillment Center were reluctant to deposit ballots in the mysterious drop box that suddenly appeared in the parking lot.

"Some of the people are afraid to put them in there," Bates said. "The 'yes' voters feel that Amazon will probably try to steal their ballots."

Labor lawyer Brandon Magner tweeted: "If Amazon did install these mailboxes, or if they exercise control over the mailboxes, such as having a key to the ballot box, that would clearly merit setting aside the election if the union were to lose."

During the voting, which lasted from Feb. 8 to March 29, Amazon demonstrated just how crucial controlling the Bessemer warehouse parking lot — and what went on inside it — was to the company.

The union made the following claims:

Without a union, individual workers have no power. And while some who voted against the union told journalists after the vote that Amazon paid them well, the issue is whether it should pay them even better along with improving their benefits and work rules.

Amazon pays little in federal income tax. In 2020 its "effective federal income tax rate of just 9.4%, less than half the statutory corporate tax of 21%." So said Mathew Gardner of the Institute on Taxation and Economic Policy earlier this year when Amazon announced its latest financial success.

Amazon has been so successful that a dollar invested when it first sold stock in 1997 has now grown to $2,300, making it one of the most fantastically profitable investments even in this era of high profits in high tech.

While the company doesn't want to share more of its gains with the blue-collar Americans whose labor makes its profits possible by quickly fulfilling orders, it does lavish money on its executives. One reason to favor the top is that the way Amazon pays executives provides a stealth financial and tax subsidy.

The company showered so many valuable stock options on its highest-paid people that the tax savings alone came to more than $600 million last year, Gardner calculated.

Stock options save companies on corporate income tax. The companies get to deduct their value even though the cost is borne by existing stockholders. The stockholders' share of the company is diluted by the new shares given to executives. In other words, it's a tax deduction that costs the company nothing.

Options are also a form of compensation that cost the company nothing, unlike the hard cash it must pay out to rank-and-file workers like those at the Bessemer warehouse.

What's most troubling about this union election is that a federal government corporation worked with management against the workers. That's a troubling sign of authoritarianism.

Remember Amazon worked in concert with the service to install the dropbox to collect ballots on company property. The service acted after staff at the Labor Board, the federal agency tasked with protecting the rights of American workers in the private sector, told them they couldn't do it. But just as it pressured workers, Amazon pressured the service into pleasing Bezos, the richest person in America.

Dave Partenheimer, a postal public relations manager, would not talk about who ultimately gave the go-ahead to install the dropbox in the Amazon warehouse parking lot.

Partenheimer declined to say whether the service knew that the Labor board already denied Amazon's request for such a dropbox. He also declined to identify who ultimately approved installation.

Instead, Partenheimer reiterated an earlier statement about a "Centralized Box Unit [CBU] with a collection compartment" being "suggested by the postal service as a solution to provide an efficient and secure delivery and collection point."

The Labor board isn't talking about the dropbox either, at least not while it considers the 23 separate objections filed by the Retail Store, Wholesale and Department Store Union.

The Labor board spokeswoman, Kayla Blado, declined to comment on whether the Postal Service has the authority to supersede her agency's decisions. She would not even confirm that the agency did, in fact, deny Amazon's request to have a ballot drop box installed on its property.

The persistent controversy about the dropbox and the Bessemer vote overall, however, parallels the madness that surrounded mail-in ballots during the last presidential election. DeJoy ordered the removal of mail sorting machines in the run-up to the vote, while the rest of the Trump administration whined about the supposed inability of the Postal Service to properly deliver ballots.

Trump also complained throughout his four years in office that the Postal Service was subsidizing Amazon. This was to advance his attacks on the aggressive reporting by The Washington Post, which Bezos owns, but whose newsroom he has never influenced according to the top editor and reporters working there.

We now know that the prices Amazon paid generated outsize profits for the Postal Service, exposing yet another Trump lie though only a few Americans, like DCReport readers, know this.

At first, Amazon fought hard to block mail-in voting. It dismissed the potential dangers of in-person voting during the pandemic. Then it reversed course and challenging the ability of the Postal Service to deliver mail-in ballots in a timely fashion. Taken together it was a classic case of Amazon talking out of both sides of the company's mouth.

How the Labor board rules, and whether the long list of federal rules that hobble union organizing, will be addressed by President Joe Biden's administration. Decisions will be crucial to whether Americans as a whole prosper, or we continue to create inequality through policies that tilt heavily to the side of business owners and investors.

The struggle between American workers and the bosses has been, and continues to be, fantastically lopsided.

The Economic Policy Institute's Unequal Power Project, for instance, notes an "inherent imbalance in bargaining power between employers and employees" that creates "a lack of freedom in the workplace."

"I'm not discouraged, Linda Burns told reporters after losing the vote by a more than 2-to-1 margin. "This is the beginning. [Jeff] Bezos, you misled a lot of our people. We're going to fight for our rights."

Co-worker Emitt Ashford said if the Labor board does order a new election, "We would see a change in the tide now that people have the information."