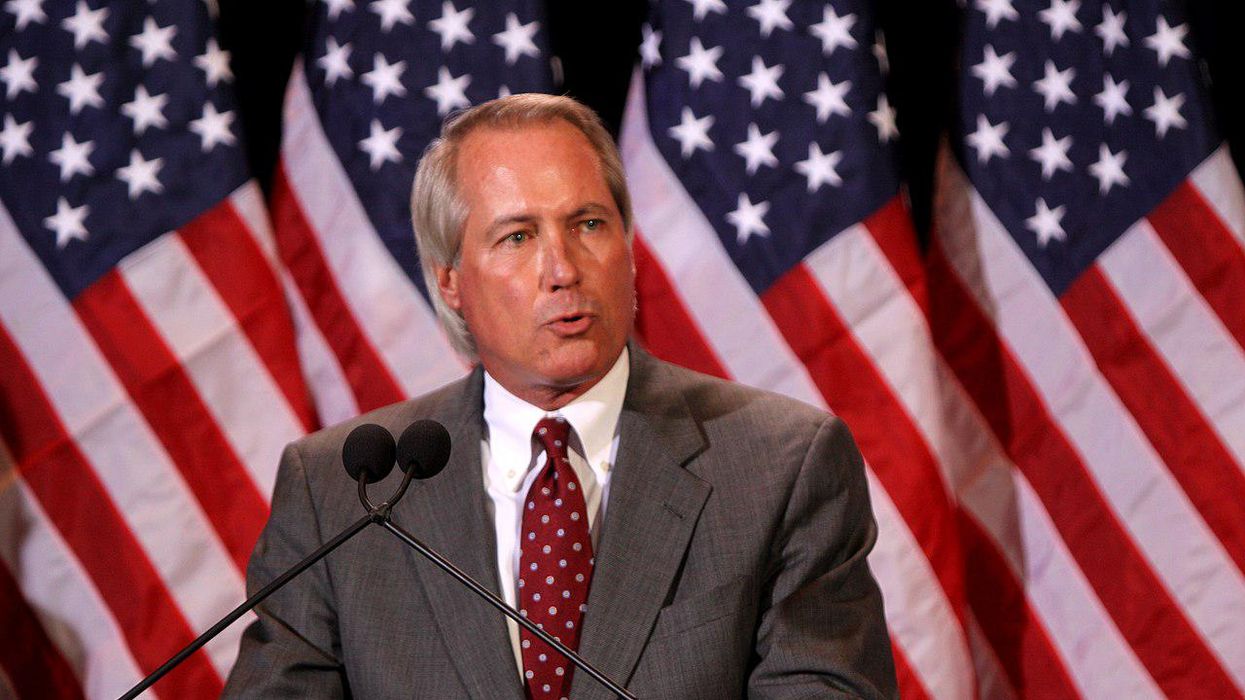 Attorney Lin Wood — a far-right conspiracy theorist and Sidney Powell ally who tried to help former President Donald Trump overturn the 2020 election results and urged Trump to declare martial law — is running for chairman of the South Carolina Republican Party. Never Trump conservative Tim Miller, in an article published by The Bulwark on May 3, discusses Wood's run for that position, his chances of winning and his encounter with the attorney at a recent event.

Miller, a former Republican, explains, "Lin Wood is almost certainly not going to be the next South Carolina GOP chairman…. Over the past decade or two, the state parties have weakened across the country. In some places, the completely hollowed-out infrastructure might make it ripe for a takeover from someone like Wood. But that ain't the case in South Carolina, with its vibrant and vicious political class and outsized role in the presidential nominating calendar."

Miller spoke to Wood at a recent GOP gathering in Richland County, South Carolina, and the attorney gave him a cold reception.

"Wood sized me up, asking first who I was and then, whom I had voted for in the last election," Miller recalls. "Displeased by both answers, his tone turned ominous. 'Big changes are coming, and they aren't going to be good for you,' he said. Now, that seems like a weird thing to say. But I was ready for it. This is how he talks."

According to Miller, Wood is "still flogging the whole QAnon program, months after the guy who is probably Q publicly gave up the ghost." And the attorney, Miller says, has "suggested that Donald Trump is still secretly in charge of the military and that a day of reckoning is coming for those who are perpetrators of the pedo pandemic."

"There is no disputing that Wood has been a very busy man — busy trying to upend the South Carolina GOP establishment, yes," Miller explains. "But chiefly, he has been busy in his crusade to save the country from the pedophiles, the sex traffickers, and the devil worshipers in our midst. Because without Wood, no spook, specter, or haunt will ever be safe from them again."