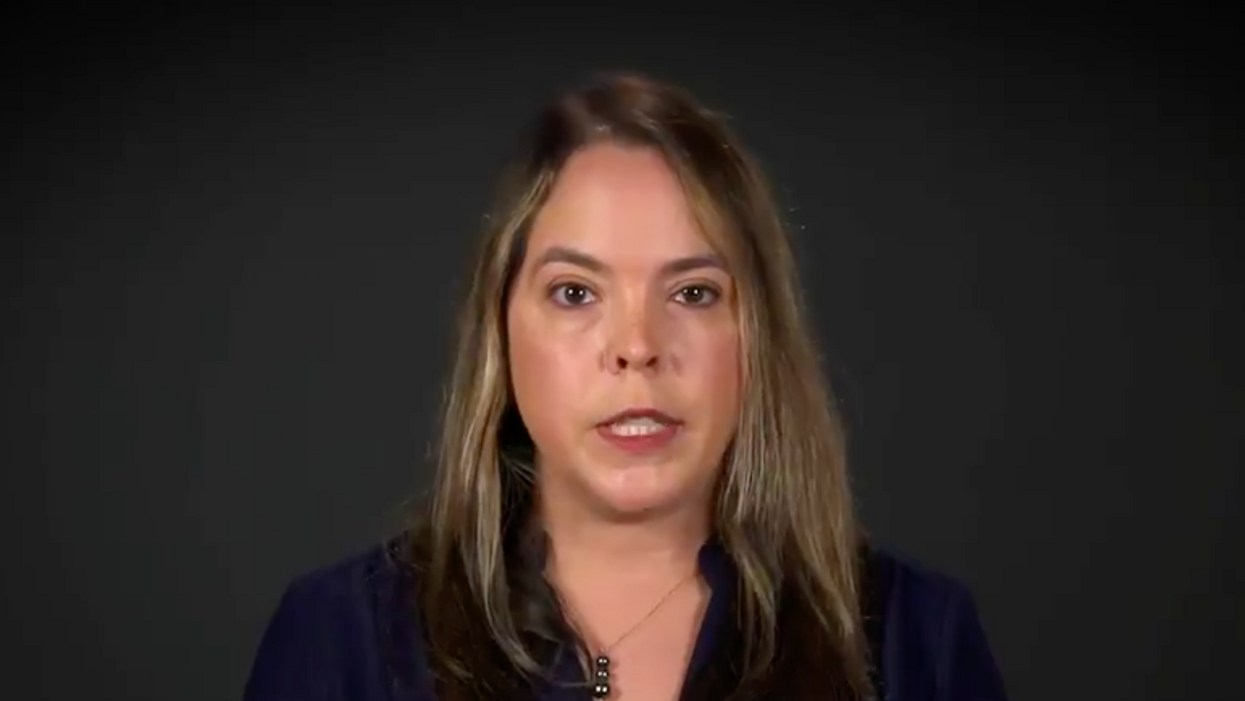 Although right-wing media outlets have often joined former President Donald Trump in downplaying the severity of the COVID-19 pandemic, they have also promoted the "lab leak" theory — which claims that COVID-19 originated in a lab in Wuhan, China. Olivia Troye, a Republican who served on Trump's Coronavirus Task Force before resigning in protest, discusses the theory in an article published by The Bulwark this week, outlining some ways in which Trump and his allies used it as a political weapon in 2020.

The World Health Organization first became aware of a "pneumonia of unknown cause" in Wuhan in December 2019; in March 2020, WHO declared COVID-19 to be a global pandemic. And COVID-19 has since killed more than 3.5 million people worldwide, according to Johns Hopkins University in Baltimore.

In February and March 2020 — when COVID-19 was spreading rapidly outside of China — Troye was a staffer for then-Vice President Mike Pence, serving as a homeland security and counterterrorism adviser. But after growing highly critical of Trump's COVID-19 response, she left the White House and became an outspoken Never Trumper — endorsing Joe Biden in the 2020 presidential election. Troye was treated like a pariah by pro-Trump media but became a frequent guest on MSNBC.

The 44-year-old Troye, a native of El Paso, recalls that in February 2020, Pence "issued further questions about the lab leak theory to the intelligence community."

"In his requests for more information," Troye explains, "it wasn't Pence's behavior that was questionable, but his apparent motives. On February 26, Pence was announced as the new head of the White House's coronavirus task force…. Finding evidence for the lab leak theory seemed to become a public relations imperative. So, the lab leak theory remained popular in the vice president's office."

Other Trump allies who aggressively promoted the lab leak theory, according to Troye, ranged from Trump economic adviser Peter Navarro to then-Secretary of State Mike Pompeo She explained:

Throughout the early months of 2020, Peter Navarro, a Trump aide on economics and trade, embraced and espoused an exaggerated version of the "lab leak" theory both within the White House and publicly. He contended that National Institute of Allergy and Infectious Diseases Director Dr. Anthony Fauci had secretly directed the development and spread of the virus. Navarro and others relied on untrustworthy sources of information, including Breitbart.com, more than the medical and intelligence professionals in the government.

Troye notes, "When I raised the fact that the theory still had not been corroborated by the intelligence community, Pence's chief of staff, Marc Short, told me that Secretary of State Mike Pompeo 'disagreed.' I warned Short of the risks of politicizing intelligence, and ultimately, CIA Director Gina Haspel intervened to defend the integrity of the intelligence community and insulate it from political pressure."

Troye wraps up her article by stressing that Trump let his country down by approaching COVID-19 as a political issue rather than a health issue.

"The true origins of the virus may never be known," Troye observes. "But as long as there are political points to be scored, many alumni of the Trump administration don't care. Throughout the course of the pandemic, the Trump administration's first and strongest instinct was to find a scapegoat rather than formulate a response. Whether or not their pet theory turns out to have been right, they will have supported it for the wrong reasons."