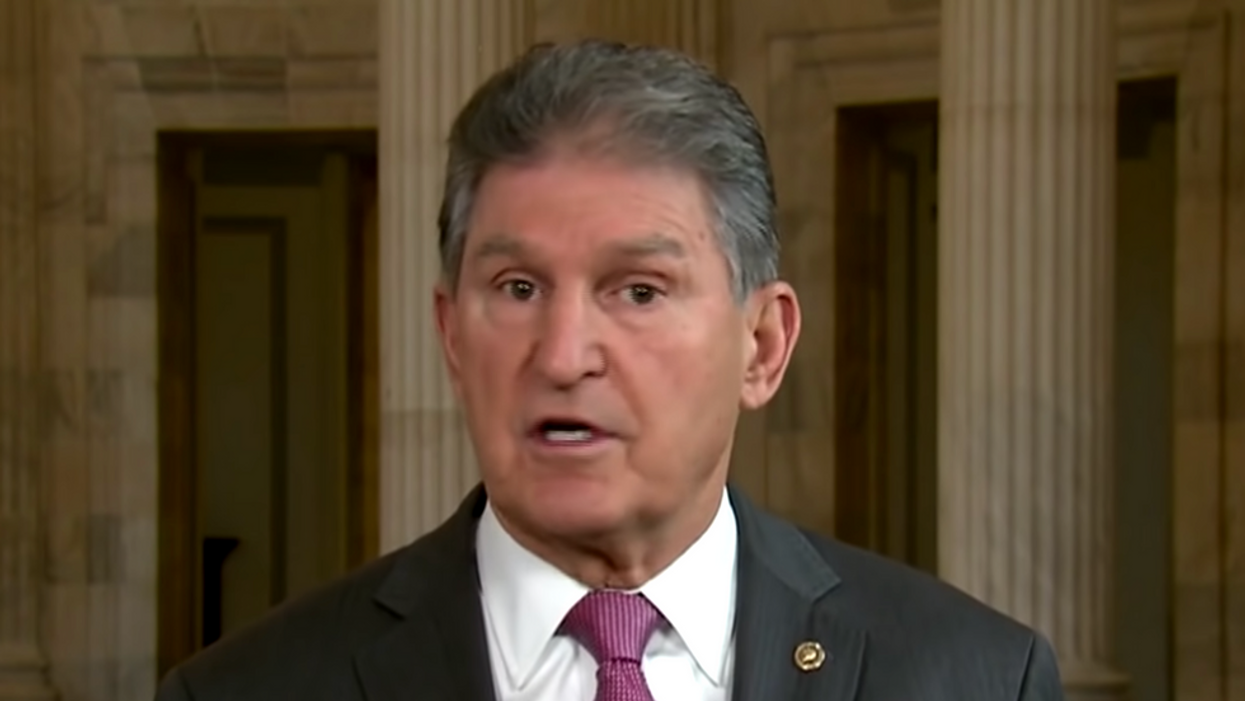 Senate Minority Leader Mitch McConnell is determined to keep the Senate from getting anything done—and Democratic Sen. Joe Manchin is handing him leverage.

Oh, Manchin is trying to pretend that's not what he's doing. Maybe some part of him even believes it. But he is.

McConnell's opposition to an independent commission to investigate the Jan. 6 attack on the U.S. Capitol is "is extremely frustrating and disturbing. I know he's an institutionalist. I would like to think he loves this institution," Manchin said Tuesday. "There's a time when you rise above. And I'm hoping this would be the time he would do that. What I'm hearing is, he hasn't."

No, Joe, he hasn't. Because he's not an institutionalist if the institution in question is the U.S. Senate. McConnell's one and only priority is Republican power. He will never rise above that ruthless drive.

McConnell, 2010: "The single most important thing we want to achieve is for President Obama to be a one-term president."

An institutionalist would back an investigation into a deadly attack on the Capitol building intended to stop the Congress from fulfilling its constitutional duty of a peaceful transition of power. But McConnell opposes it.

Meanwhile, McConnell—surely smirking every time he thinks about it—is using Manchin to give Republicans near-total control of the Senate's agenda. Sen. Elizabeth Warren speaks the truth when she says McConnell "believes that he should have a veto over anything that the president of the United States and the majority elected to Congress want to do. It's wrong. This was his playbook when Obama was president, and he's dusted it off again."

McConnell is on his way to filibustering an independent Jan. 6 commission, which Manchin claims to so value. He's using Manchin's insistence on finding some imaginary "moderate, reasonable middle" on infrastructure to drag that priority out, to a lingering death if McConnell has his way, even as Manchin probably does want some infrastructure bill to pass. Again and again, Manchin is a very useful tool, creating the room for Republicans to pretend to good faith they manifestly do not have, giving them the leverage to exercise veto power even on things Manchin supports. Whatever else Manchin thinks is going on, he needs to understand that he's being played for a chump, and when he loses in 2022 after having given Republicans so much of what they wanted, it's that chumphood that will be his legacy.