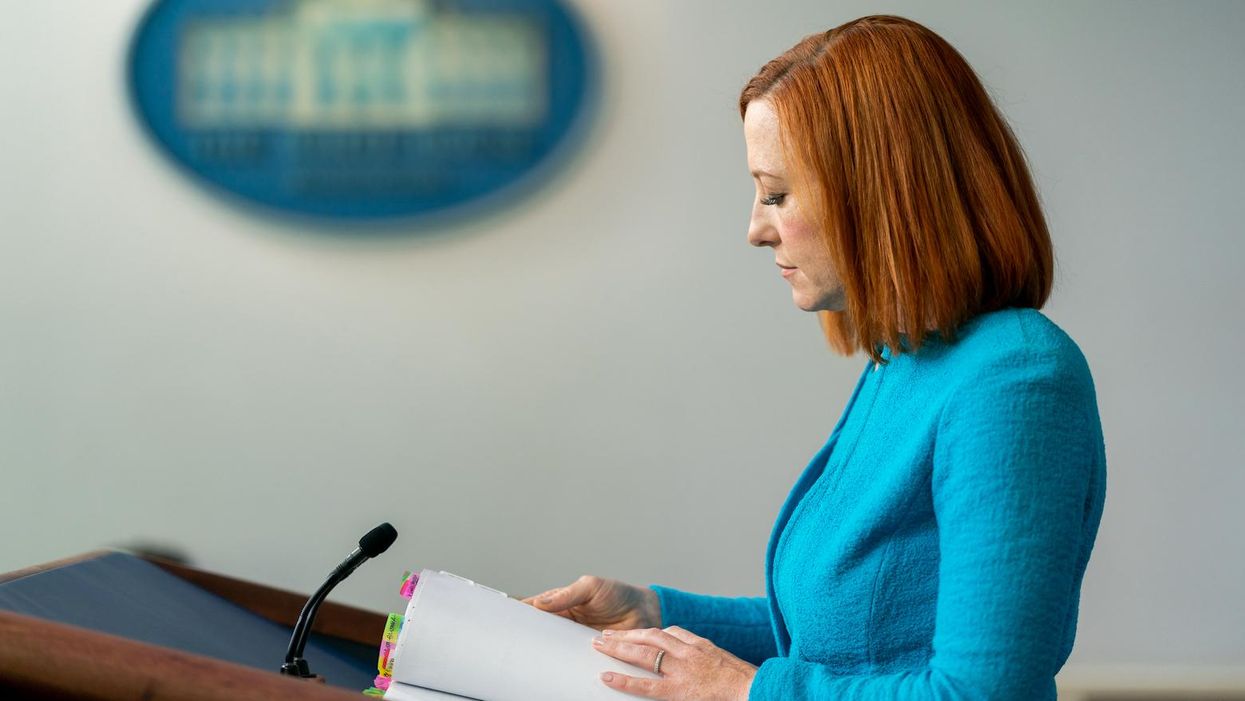 White House Press Secretary Jen Psaki pauses for a moment as she addresses reporters on Thursday, April 15, 2021, in the James S. Brady Press Briefing Room of the White House.

David Badash
and
The New Civil Rights Movement
May 07, 2021

White House Press Secretary Jen Psaki on Friday once again elegantly dismantled a reporter's ill-informed, unimportant, and sexist question, urging her to identify who is spreading rumors and for her to share her "data."

Far right wing outlet Newsmax's Emerald Robinson claimed that "given the number of former Obama administration officials that are now in this Biden administration and the President's relatively light schedule, there's a growing perception that this is really just the third term of President Obama."

"What do you say to people who say that?" Robinson asked.

Perhaps not expecting to have to support her claim, Robinson seemed unprepared.

"You've heard that a lot of the media, in the media, different people, like, while there was lots of questions about when you had Japanese Prime Minister Suga here, on the one and only so far in-person bilateral head of state meeting, it was Vice President Kamala Harris who greeted the Prime Minister, and many people found that odd," Robinson claimed. "She's already taken independent one-on-one calls with key allies like Prime Minister [Scott] Morrison and [Canadian Prime Minister] Justin Trudeau, so I just want to get your reaction to people who question that."

"Well, it's hard to react when I don't know what people are talking about, I will say that the President met with the Prime Minister, as you know and had a full meeting, a full press conference afterwards, and they even shared a meal," Psaki informed her. "So the President has had dozens of conversations and calls with world leaders and should be no surprise that the Vice President is also playing an important role in engaging with and having discussions with foreign leaders."

"It's more so than other vice presidents have," Robinson, who may not have ever heard of Dick Cheney, claimed.

"How so? I'd love to see the data if you want to send that to me," Psaki urged Robinson, forcing her to support her rumor-mongering and sexist claims.