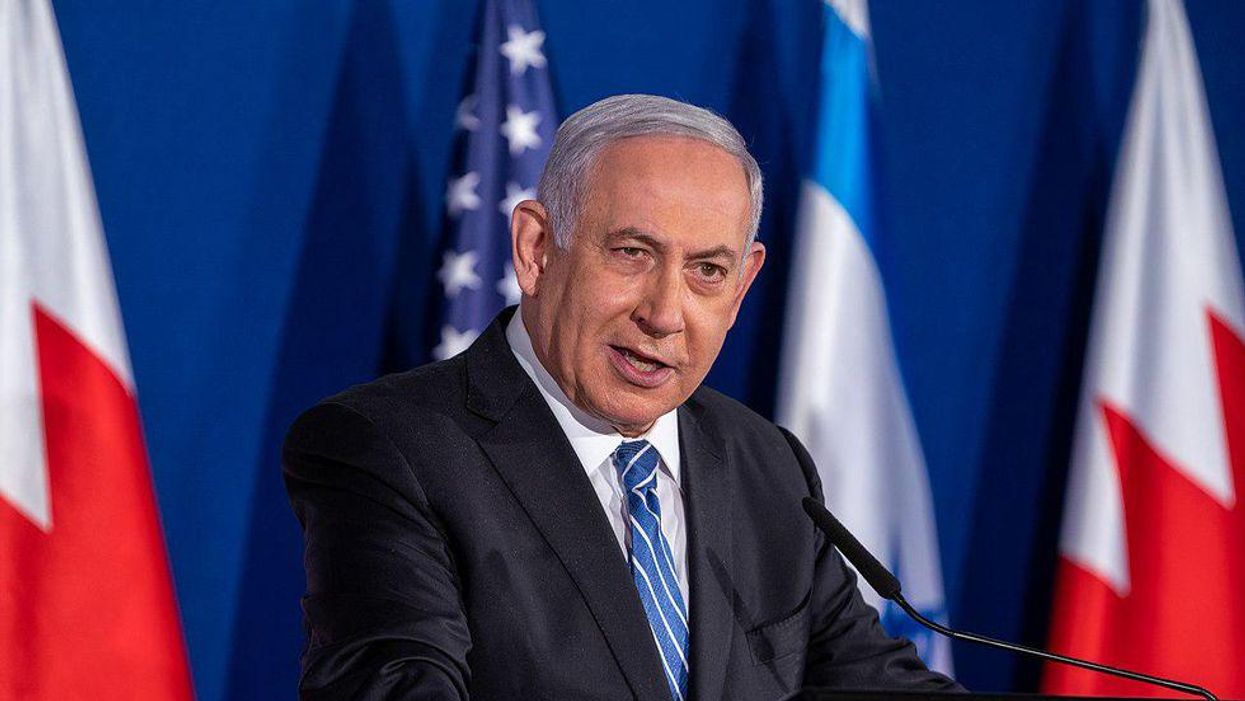 Michelle Bachelet's speech was delivered at a special session of the U.N. Human Rights Council requested by Pakistan, on behalf of the Organization of Islamic Cooperation, and Palestine. The United States, which provided diplomatic and military support to Israel throughout its latest assault on the occupied Palestinian territories, "did not sign up to address the talks, where it has observer status, appearing to shun the ninth session held on Gaza since 2006," Reuters reported.

The bombing campaign included "shelling, missiles fired from fighter aircraft, and attacks from the sea," Bachelet noted. "Although reportedly targeting members of armed groups and their military infrastructure, Israeli attacks resulted in extensive civilian deaths and injuries, as well as large-scale destruction and damage to civilian objects."

"Despite Israel's claims that many of these buildings were hosting armed groups or being used for military purposes, we have not seen evidence in this regard," she added.

While it is "a violation of international humanitarian law to locate military assets in densely populated civilian areas or to launch attacks from them," Bachelet said in an apparent reference to Hamas, whose projectiles killed 10 people in Israel, "the actions of one party do not absolve the other from its obligations under international law."

Israel's attacks on the densely populated coastal enclave, home to two million people, "raise serious concerns of Israel's compliance with the principles of distinction and proportionality under international humanitarian law," Bachelet noted. "If found to be indiscriminate and disproportionate in their impact on civilians and civilian objects, such attacks may constitute war crimes."

"Unlike Israeli civilians, who have the benefit of the 'Iron Dome' and professional military forces to assist in their protection," said Bachelet, "Palestinian civilians have virtually no protection against airstrikes and military operations." Furthermore, she continued, "they have no place to escape to, due to the Israeli land, air, and sea blockade that has been in place for the last 14 years."

Michael Lynk, the special rapporteur on the situation of human rights in the Palestinian territory occupied since 1967, also addressed the Human Rights Council's 47 member states at Thursday's meeting in Geneva. He described Gaza as "the world's largest open-air prison," where residents are "cut off from the outside world" by Israel's "comprehensive and illegal" blockade.

The council-appointed independent expert said that Israel's "occupation has become as entrenched and as sustainable as it has because the international community has never imposed a meaningful cost on Israel for acting as an acquisitive and defiant occupying power." Stressing that Israel's occupation would not end "without decisive international action," Lynk reiterated his call for the latest escalation of violence to be investigated by the International Criminal Court.

Al Jazeera reported that during Thursday's meeting, the council debated a draft resolution to investigate Israeli violence in Gaza as well as "systematic" abuses of Palestinians throughout the occupied territories and inside Israel.

In her comments, Bachelet said that Palestinians "have the right to live safely and freely in their homes, with adequate and essential services and opportunities, and with respect for their right to life and physical integrity. The lived reality of the occupation, however, is that they are instead systematically deprived of fundamental rights and freedoms due to every human being."

While the high commissioner welcomed the May 21 cease-fire between Israel and Hamas, she emphasized that "unless the root causes of this violence are addressed, it will sadly be a matter of time until the next round of violence commences."

As Bachelet acknowledged, it is impossible to understand Israel's recent deadly onslaught without taking into account its ongoing effort to forcibly expel Palestinians from the land they have lived on for generations.

The latest round of violence was sparked when Israeli security forces cracked down on Palestinians who were resisting Israeli settlers' state-backed effort to demolish and confiscate homes in the Al-Bustan and Sheikh Jarrah neighborhoods of occupied East Jerusalem. That was followed by a May 10 raid of Jerusalem's Al-Aqsa Mosque compound, in which peaceful worshipers were attacked by security forces eager to repress Palestinian resistance to dispossession.

Just hours after the cease-fire was announced, Israeli police forces stormed the Al-Aqsa Mosque compound once again, firing stun grenades, rubber bullets, and tear gas at Palestinian worshipers and demonstrators. Moreover, the mass arrests of Palestinians who have participated in recent protests against ethnic cleansing have continued despite the truce.

"In Sheikh Jarrah and other neighborhoods of East Jerusalem, the risk of evictions remains and continues to fuel tensions," said Bachelet. "Such evictions should cease, in line with Israel's obligations under international law," she continued, urging "the Israeli authorities to immediately halt the process of evictions."

Bachelet noted that "while the shocking loss of life and destruction in Gaza has justifiably made headlines around the world, the alarming situation in the West Bank has gone unnoticed by many."

"Tension, protests, and violence, including the heavy use of force by Israeli Security Forces has reached levels not seen in years," said Bachelet, who added that she is "also extremely troubled by the documented incidents of settlers using live ammunition to attack Palestinians, in some cases alongside" soldiers.

As of May 24, according to Bachelet's office, 28 Palestinians living in the occupied West Bank, including in annexed East Jerusalem, had been killed and roughly 6,800 injured this month as a result of Israel's assault.

"There must be a genuine and inclusive peace process to address these root causes and bring the occupation to an end," said Bachelet.

The high commissioner stressed that "in any such processes and for any resulting agreements, the respect and protection of human rights must be fundamental, including accountability for past human rights violations and abuses. Only when human rights are fully respected and protected can trust start to be built between the various communities and a durable, lasting, and just peace be achieved."