A 'deadly' fungal infection that attacks the brain is being reported in some India COVID-19 patients: report 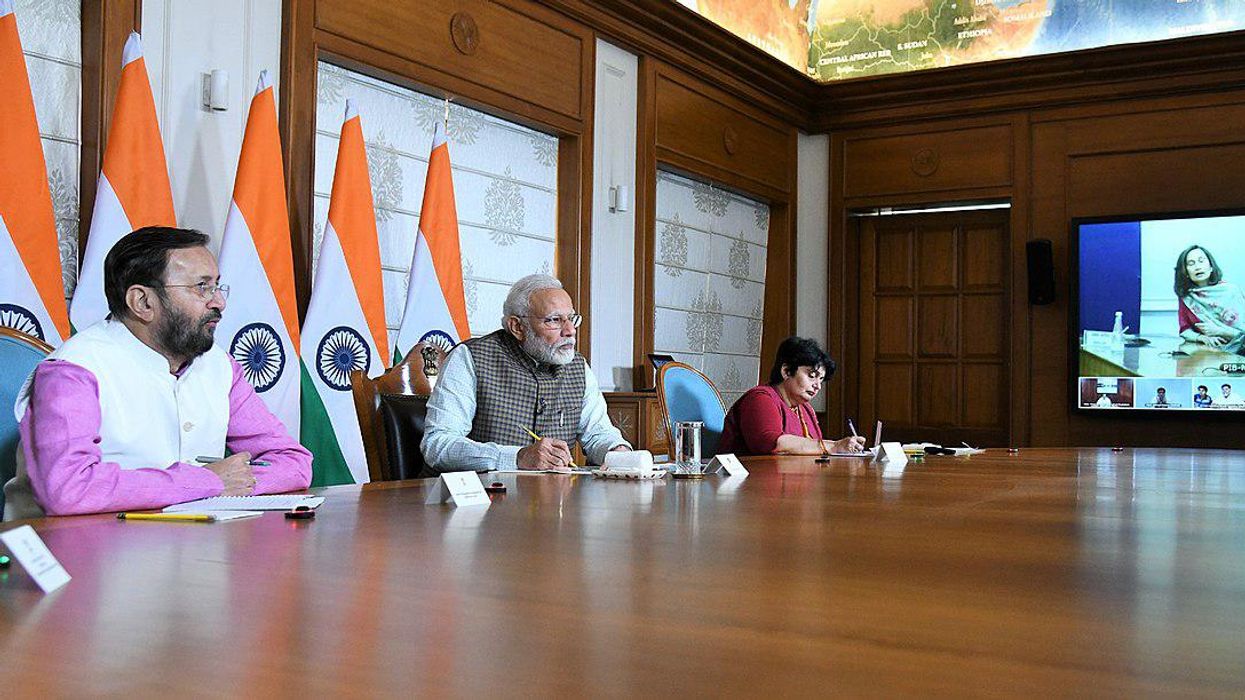 India has become one of the world's COVID-19 hotspots, with the country's hospitals overwhelmed and the death toll continuing to soar. And to make matters worse, some COVID-19 patients in India are being diagnosed with mucormycosis — a rare but potentially deadly fungal infection that attacks the brain.

According to Guardian reporter Melissa Davey, "about 300 cases" of mucormycosis — which was formerly called zygomycosis — have been reported in the Indian state of Gujarat.

Davey explains, "The disease is caused by a group of molds called mucormycetes that live throughout the environment, including in soil and on plants. Mucormycosis is seen throughout the world, including in the U.S. and Australia. It can be acquired in hospitals — most commonly, by vulnerable transplant patients — when the molds get on hospital linens, travel through ventilation systems, or are transmitted on adhesives."

Peter Collignon, a member of the World Health Organization's committee on antibiotic resistance and infectious diseases, told The Guardian that mucormycosis "is very serious, has a high mortality, and you need surgery and lots of drugs to get on top of it once it takes hold."

According to Collignon, mucormycetes are "a family of fungus that gets into your sinuses and deposit there, and they can get into the air spaces in your head. And when your immune system can't keep them under control, they invade the base of your brain — where it becomes a real problem, and really very serious. You can also get the fungal infections in places where there's a lot of earth-moving building work going on, because it stirs up a lot of dust in the area."

People who have weakened immune systems because of serious illnesses like diabetes and leukemia, Collignon told The Guardian, are more vulnerable to a mucormycosis infections.

Collignon observed, "We give a lot of high-dose steroids now to people with COVID-19 if they end up in intensive care, as the steroids help to treat inflammation, but the steroids, unfortunately, also suppress your immune system. So, that's why we don't like giving steroids to patients longer than we absolutely have to. We're trying to decrease your inflammation with the steroids, but that actually means your ability to fight normal infections, like fungus, is also compromised."

Collignon noted that mucormycosis has a mortality rate of at least 50%.

"We usually put people with suppressed immune systems in what we call positive pressure rooms when they are admitted to hospital to reduce the risk of acquiring infections like mucormycosis, because by increasing the pressure in the room so that the air flows out into the corridor, there's less likely to be fungus or other things circulating in the air that the patient can breathe it in," Collignon told The Guardian. "Of course, a positive pressure room is the last place you want to put a COVID patient, as it can spread the virus, making (mucormycosis) harder to prevent."

Hopkins reports that as of May 11, the worldwide death count from COVID-19 is over 3.3 million — with more than 582,000 deaths in the United States, over 423,200 deaths in Brazil and almost 250,000 deaths in India. On May 8, the British medical journal The Lancet reported that according to the Institute for Health Metrics and Evaluation, India may see an estimated 1 million deaths from COVID-19 by August 1.

The Lancet reported, "The scenes of suffering in India are hard to comprehend. As of May 4, more than 202 million cases of COVID-19 had been reported, with a rolling average of 378,000 cases a day, together with more than 222,000 deaths — which experts believe are likely to be substantial underestimates. Hospitals are overwhelmed, and health workers are exhausted and becoming infected. Social media is full of desperate people — doctors and the public — seeking medical oxygen, hospital beds and other necessities."