'History is watching': Liz Cheney warns fellow Republicans have declared war on the Constitution itself 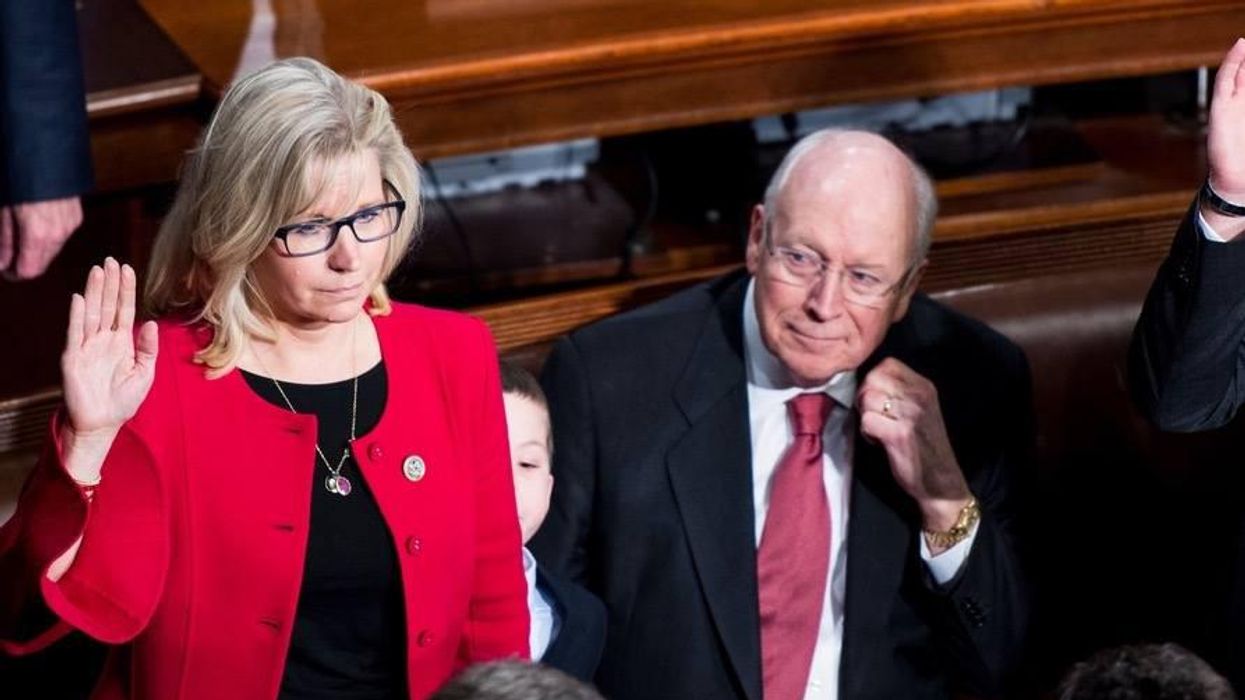 Rep. Liz Cheney of Wyoming being sworn into office on January 4, 2017, Wikimedia Commons
Alex Henderson
May 06, 2021

Rep. Liz Cheney of Wyoming is the third highest ranking Republican in the U.S. House of Representatives, but that is likely to change because of her relentless criticism of former President Donald Trump — who she blames for the January 6 assault on the U.S. Capitol Building — and because she refuses to go along with the flat-out lie that the 2020 election was stolen from him. The arch-conservative GOP congresswoman has made it abundantly clear that she accepts Joe Biden as the legitimately elected president of the United States and considers him the loyal opposition, not an enemy. Cheney examines the state of her party in an op-ed published by the Washington Post on May 5, warning that Trump supporters are declaring war on the U.S. Constitution itself.

The 54-year-old daughter of former Vice President Dick Cheney writes, "In public statements again this week, former President Donald Trump has repeated his claims that the 2020 election was a fraud and was stolen. His message: I am still the rightful president, and President Biden is illegitimate. Trump repeats these words now with full knowledge that exactly this type of language provoked violence on January 6…. Trump is seeking to unravel critical elements of our constitutional structure that make democracy work — confidence in the result of elections and the rule of law. No other American president has ever done this."

I disagree strongly w/@JoeBiden policies, but when the President reaches out to greet me in the chamber of the US H… https://t.co/hQvQ8NBehN
— Liz Cheney (@Liz Cheney)1619741241.0

Before President Biden's speech before members of Congress on April 28, Cheney gave him a friendly fist-bump that has angered countless Trumpistas. In the Trumpifed GOP of 2021, even being civil to a Democratic president is controversial.

"The Republican Party is at a turning point," Cheney explains in her op-ed, "and Republicans must decide whether we are going to choose truth and fidelity to the Constitution. In the immediate wake of the violence of January 6, almost all of us knew the gravity and the cause of what had just happened — we had witnessed it firsthand."

Cheney goes on to say that when fellow Republicans cannot accept democratic election results, they are refusing to honor the U.S. Constitution.

We have sworn an oath under God to defend the Constitution. We uphold that oath at all times, not only when it is p… https://t.co/sAJXBENSfo
— Liz Cheney (@Liz Cheney)1609935094.0

"The question before us now is whether we will join Trump's crusade to delegitimize and undo the legal outcome of the 2020 election, with all the consequences that might have," Cheney warns. "I have worked overseas in nations where changes in leadership come only with violence, where democracy takes hold only until the next violent upheaval. America is exceptional because our constitutional system guards against that. At the heart of our republic is a commitment to the peaceful transfer of power among political rivals in accordance with law. President Ronald Reagan described this as our American 'miracle.'"

The congresswoman calls for members of Congress to conduct a thorough and comprehensive investigation of the January 6 insurrection.

Cheney declares, "We Republicans need to stand for genuinely conservative principles, and steer away from the dangerous and anti-democratic Trump cult of personality…. History is watching. Our children are watching."