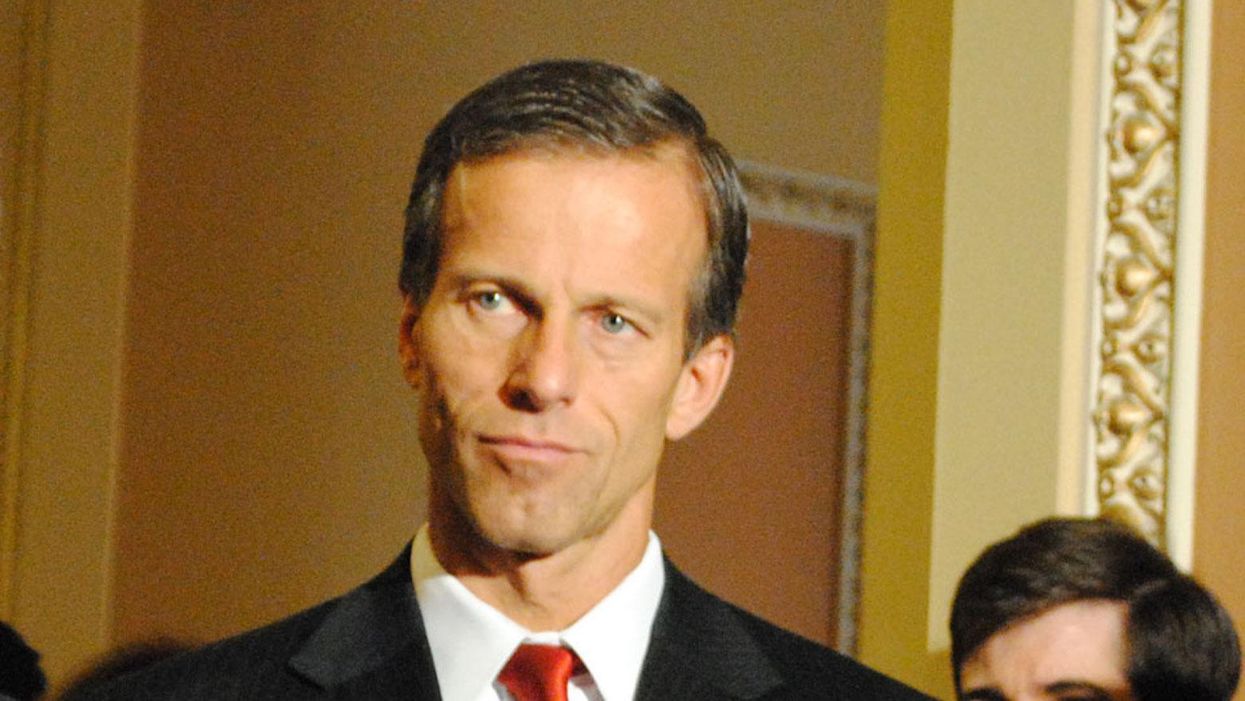 After Republicans leaders in both chambers of the United States Congress said they opposed forming a commission to investigate the January 6 insurrection, I was like a lot of people—there it is, I thought. It's over. The Democrats in the United States House of Representatives will have to find other ways of bringing truth to light.

That was before last night's House vote, though. To the surprise of many, myself included, 35 Republicans sided with the Democrats in favor of forming a commission modeled almost exactly after the commission that investigated the 9/11 terrorist attacks. They bucked their leadership. They bucked the former president, too.

Matter of fact, Senate Minority Leader Mitch McConnell came out against the proposed January 6 commission less than a day after Donald Trump said it was a "Democrat trap."

"After careful consideration," McConnell said on the Senate floor Wednesday, "I've made the decision to oppose the House Democrats' slanted and unbalanced proposal for another commission to study the events of January the 6th."

The Senate will soon hold its vote. Before witnessing 35 House Republicans siding with the Democrats, I'd have thought the Senate Republicans would filibuster the proposal to death. Now, I'm not sure. No one should be. As much as the Republicans inhabit a fictional reality, real reality still plays a role in their determinations. The commission can't be a "Democrat trap." It can't be "slanted and unbalanced." Not when 35 Republicans still fear their constituents more than the former president. It's not hard to imagine at least 10 GOP senators feeling a similar degree of pressure.

For all their talk about sticking with Donald Trump, fact is, Donald Trump is and has always been fantastically weak. At this point, it's hard to see his grip on the Republican Party getting tighter as he grows old, slows down and faces a growing list of criminal probes into his business. On Tuesday, the New York state attorney general's office said that it joined the Manhattan district attorney's office in investigating the Trump Organization's property valuations.

Don't get me wrong. I'd expect most Republicans to stand by the former president even if he's convicted of committing myriad white-collar crimes. But for some Republicans, say, 35 of them representing districts with sizable populations of respectable white people, Donald Trump is a liability as much as he is an asset, especially in the coming congressional elections. He won't be on the ballot. His staunchest supporters might be no-shows. Meanwhile, his breathless lying about 2020 is radicalizing the opposition. Getting his endorsement, as it has before, might be the kiss of death. In swing districts, Vice President Kamala Harris is more popular than Donald Trump.

As I said, there's just one reason to oppose an investigation into what was a domestic terrorist attack, and that's because you fear what will be found. Fearing what will be found means the former president is a drag on vulnerable Republicans. Don't take my word for it, though. For all the voter suppression going on, the Republicans are still fearful of how respectable white people will react if presented with the truth. Consider the following from United States Senator John Thune of South Dakota. The Senate's No. 2 Republican explained to CNN why party leadership opposed the commission.

"I want our midterm message to be on the kinds of things that the American people are dealing with: That's jobs and wages and the economy and national security, safe streets and strong borders—not relitigating the 2020 elections. A lot of our members, and I think this is true of a lot of House Republicans, want to be moving forward. … Anything that gets us rehashing the 2020 elections I think is a day lost on being able to draw a contrast between us and the Democrats' very radical left-wing agenda."

It's going to be hard to avoid relitigating the 2020 election when 35 Republicans in the House, and potentially 10 more in the Senate, say with their votes that relitigating the 2020 election is in their best interest. It's moreover impossible to avoid relitigation when the vast bulk of the party, including Republicans at the state and local levels, has gone all-in with the former president's big lie about his being the legitimate president. This is an untenable paradox. The Republican Party may seem to be uniting around the former president. But what they are uniting around is in fact a house of cards.