'Circular firing squad': Republicans turn on their own they seek to purge the anti-Trump crowd 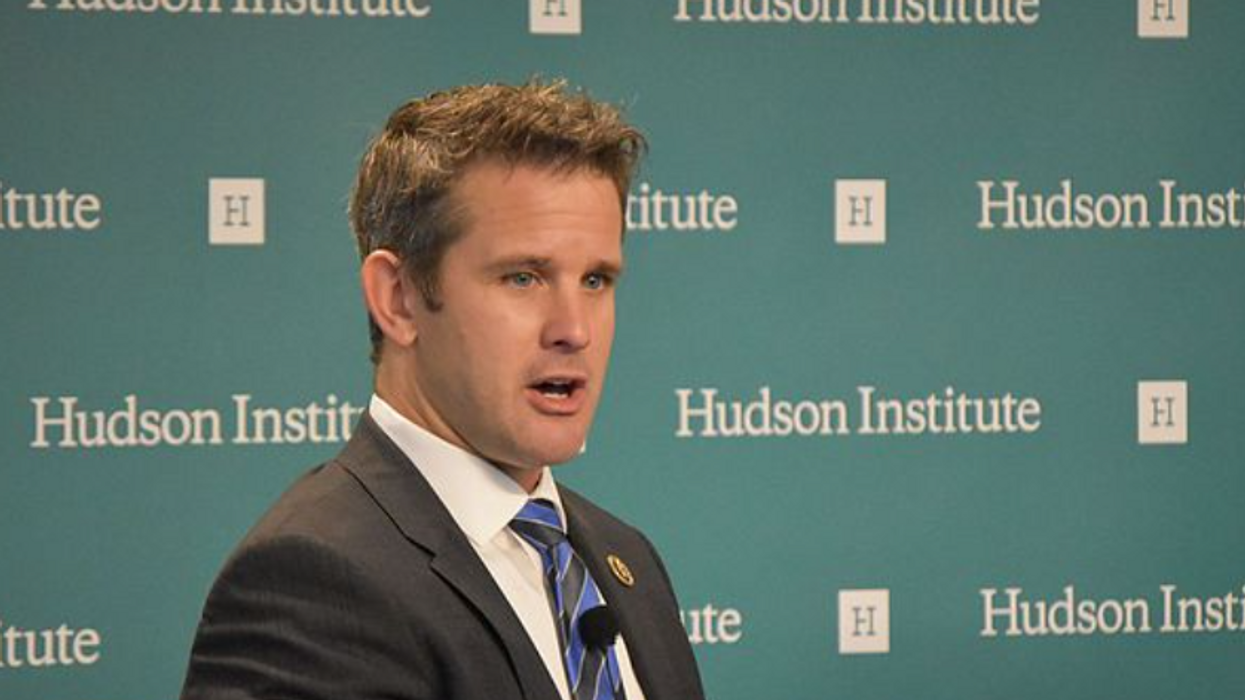 Anti-Trump detractors of the GOP are growing louder in their criticisms of Donald Trump, even as the party grows increasingly hostile toward anyone that breaks from absolute praise for the former president.

On Sunday, Rep. Adam Kinzinger, R-Ill., likened the Republican Party to the Titanic amid the internal battle currently being waged against Rep. Liz Cheney, R-Wyo., for her anti-Trump record. Reports have speculated that the Republican Party is planning to oust Cheney as chairwoman of the House Republican Conference and replace her with budding GOP Rep. Elise Stefanik, R-N.Y.

"Right now, it's basically the Titanic," Kinzinger warned in a CBS interview on "Face the Nation."

"We're like, you know, in the middle of this slow sink. We have a band playing on the deck telling everybody it's fine. And meanwhile, as I've said, you know, Donald Trump's running around trying to find women's clothing and get on the first lifeboat."

The Illinois representative also took specific aim at House Minority Leader Kevin McCarthy, R-Calif., who Kinzinger said quickly changed his tune about who is to blame for the Capitol riot.

"Liz Cheney is saying exactly what Kevin McCarthy said the day of the insurrection. She's just consistently been saying it," Kinzinger explained. "We have so many people including our leadership in the party that have not admitted that this is what it is, which was an insurrection led by the president of the United States, well-deserving of a full accounting from Republicans."

The congressman concluded that his party must have "an internal look and a full accounting as to what led to Jan. 6" and "quit peddling in conspiracies."

Kinzinger, one of the ten House Republicans that broke party ranks and voted to impeach Trump following the Capitol riot, has been a vocal apostate of the Republican Party since Trump's departure from office. In March, Kinzinger launched a super PAC dedicated to supporting anti-Trump Republicans in the 2022 elections, called "Americans Keeping Country First."

Kinzinger's comments came just as Maryland GOP Gov. Larry Hogan drew upon yet another metaphor to describe the madness of his own party. On Sunday, Hogan called the GOP "a circular firing squad" hellbent on excommunicating any member who dares utter a modicum of criticism against the former president.

In an interview on NBC's "Meet the Press," Hogan addressed Cheney's potential ouster. "It just bothers me that you have to swear fealty to the dear leader or you get kicked out of the party, it just doesn't make any sense," Hogan lamented. "It's sort of a circular firing squad where we're just attacking members of our own party instead of focusing on solving problems or standing up and having an argument that we can debate the Democrats on some of the things that the Biden administration is pushing through."

He concluded: "We had the worst four years we've had ever in the Republican Party losing the White House, the House of Representatives and the Senate."

Echoing Kinzinger, Hogan shamed his colleagues for brushing the Capitol riot under the rug and not pinning enough blame on the former president.

Many party veterans have argued that the GOP will need to let go of Trump in order to build a broader coalition for the next cycle of elections. Others have suggested that Trump's effect on the American psyche will be extremely difficult to shake off.

"It's becoming increasingly difficult, it seems, for people to go out on the stump and defend somebody like Liz Cheney or Mitt Romney," said former Senator Jeff Flake, who was censured by the GOP this year. "About 70 percent of Republicans probably genuinely believe that the election was stolen, and that's debilitating. It really is."