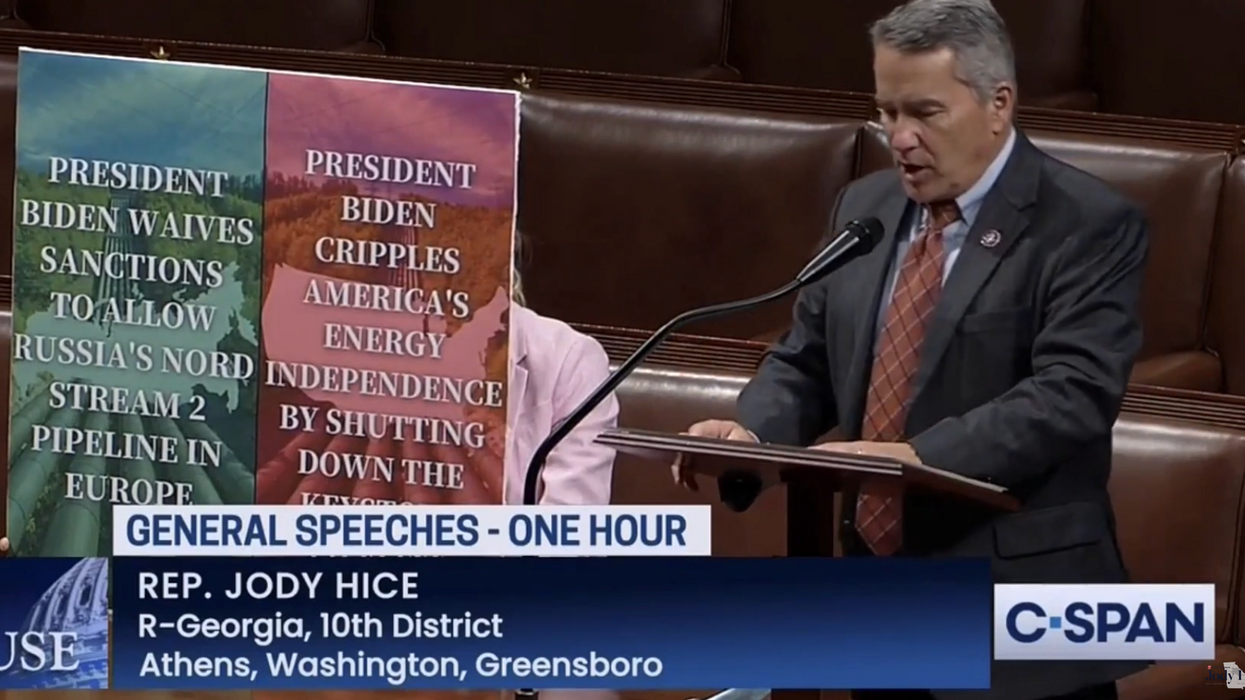 After the 2020 presidential election, then-President Donald Trump had no shortage of Republican allies — from members of Congress to attorneys — who were anxious to help him promote his conspiracies and join him in making the false claim that the election had been stolen from him because of widespread voter fraud. And some of those Republicans, according to journalist Zach Montellaro, are now trying to become election officials in their states.

In an article published by Politico this week, Montellaro reports, "Republicans who sought to undercut or overturn President Joe Biden's election win are launching campaigns to become their states' top election officials next year, alarming local officeholders and opponents who are warning about pro-Trump, 'ends justify the means' candidates taking big roles in running the vote. The candidates include Rep. Jody Hice of Georgia, a leader of the congressional Republicans who voted against certifying the 2020 Electoral College results; Arizona State Rep. Mark Finchem, one of the top proponents of the conspiracy-tinged vote audit in Arizona's largest county; Nevada's Jim Marchant, who sued to have his 5-point congressional loss last year overturned; and Michigan's Kristina Karamo, who made dozens of appearances in conservative media to claim fraud in the election."

Hice, Finchem and Marchant, Montellaro notes, are all running for secretary of state "in key battlegrounds that could decide control of Congress in 2022 — and who wins the White House in 2024."

"Their candidacies come with former President Donald Trump still fixated on spreading falsehoods about the 2020 election, insisting he won and lying about widespread and systemic fraud," Montellaro explains. "Each of their states has swung between the two parties over the last decade, though it is too early to tell how competitive their elections will be. The campaigns set up the possibility that politicians who have taken steps to undermine faith in the American democratic system could soon be the ones running it."

In Maricopa County, Arizona, Trump supporters have been conducting a bogus "audit" of the 2020 presidential election — and Bill Gates, chairman of the Maricopa County Board of Supervisors, is one Republican who has been vehemently critical of that farce. Gates told Politico, "Someone who is running for an election administration position, whose focus is not the rule of law but instead, 'the ends justify the means,' that's very dangerous in a democracy. This is someone who is trying to tear at the foundations of democracy."

Hice is challenging in Georgia Secretary of State Brad Raffensperger, a conservative Republican who angered Trump when he declared that now-President Joe Biden won the Peach State fair and square and pushed back against Trump's bogus voter fraud claims.