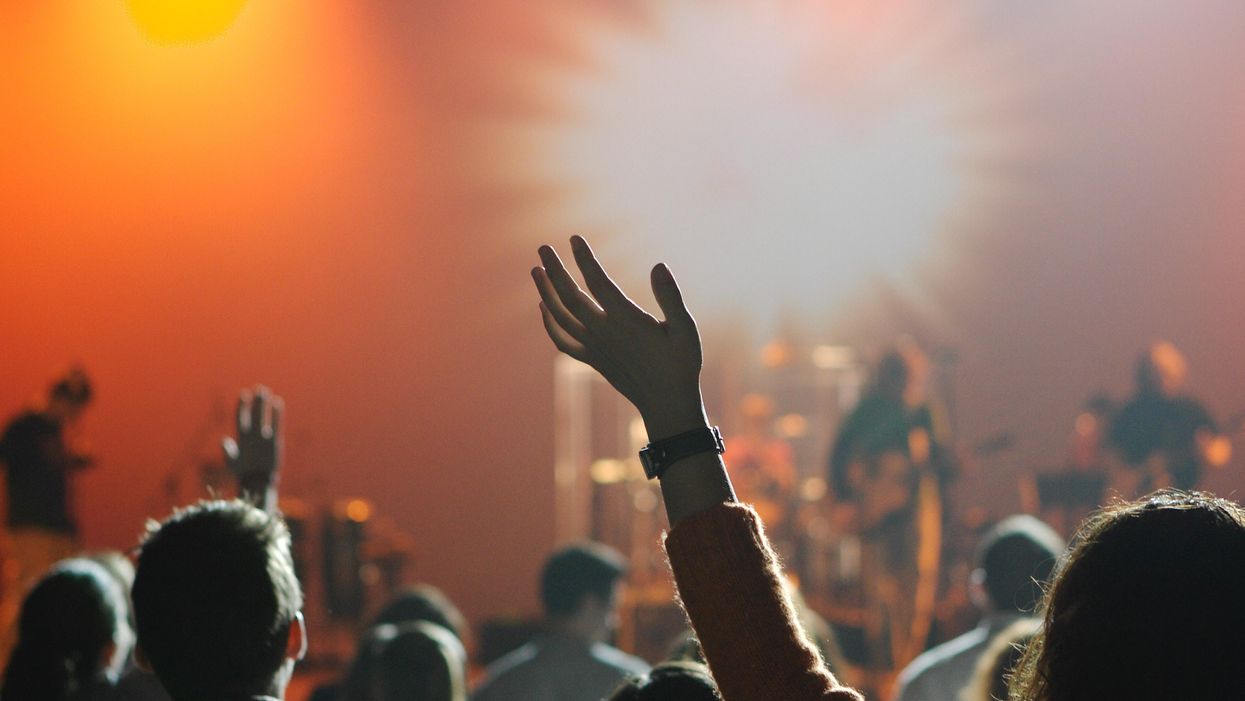 shallow focus photography of hand and people
Photo by John Price on Unsplash
John Stoehr
May 28, 2021

I'm going to try connecting things that don't at first seem related. They are the fight over a commission to investigate the January 6 insurrection; the disproportional number of covid deaths in states run by Republican governors; this week's shooting massacre in San Jose, Calif., and every other one like it; and, let's see, what else? Well, feel free at the end of this piece to add your own examples. There are plenty more.

All have in common the political concept that God divided the world between the elected and the unelected, that is, between His chosen and everyone else deserving of eternal damnation. (They deserve what's coming to them, in other words.) For the chosen, anything is possible. For God's enemies, God's law. All politics, all historical struggle over power and limited resources, can be seen through a lens in which everything begins with the chosen and ends with the chosen. It's a closed circuit—politically, religiously, economically and every way that matters. Important for you to understand is this: it's impervious to democracy, morality, justice and the truth. If you want to keep this republic of ours, you've got to keep these people away from power.

The Republicans in the United States Senate this morning filibustered a bipartisan House bill that would have created an independent ideologically neutral commission to investigate the January 6 sacking and looting of the United States Capitol. The United States Congress created such commissions after the Oklahoma City bombing in the 1990s and the terrorist attacks on September 11, 2001. Along with being good for democracy and patriotism, a commission of this kind is the right thing to do.

Calls to "do the right thing," like establishing a truth commission, cannot therefore be seen as merely "doing the right thing," because no matter how moral or how patriotic it might be to call for establishing a commission, such calls are actually politics in disguise. In this view, the Democrats are not acting morally or patriotically. They are trying to extract an advantage that the Republicans would never give up voluntarily. If the Republicans agreed to a commission, the Democrats would win, which would be intolerable from a party that's supposed to lose, because God's chosen always win.

Enough time has gone by since the beginning of the covid pandemic to see that states with Republicans governors had far more deaths than did states with Democratic governors. Among other things, such as lockdowns and school closings, this is due to the fact that Democratic governors and the residents of their states accepted the necessary inconvenience of wearing face masks until there was a viable vaccine.

Wearing face masks to prevent catching the covid, before there was a viable vaccine, was widely seen as commonsense. Commonsense, however, is not politically neutral when you believe the Republicans are good, because they are good, and the Democrats are bad, because they are bad. "Commonsense," like calling for "doing the right thing," is politics in disguise according to people who believe they are God's chosen. Indeed, the more you insist on commonsense, the more they resist, much to the bewilderment of those who can't make sense of perspectives that are not supposed to make sense.

Very little is going to make sense when everything in life is polarized between being for the chosen or against the chosen—when God's victory is proof of my elect and God's defeat is also proof of my elect. The Democrats can't possibly have my best interest in mind, because the Democrats stand for rules and laws that can be used to take this country away from me, a country that was given to God's chosen. The Democrats and their calls for commonsense must therefore be opposed at all costs, even if the cost of refusing to wear a face mask means a terrible death by the covid.

The shooting massacre in San Jose, which killed nine people, including the killer, is the latest in a seemingly endless string of massacres that America has witnessed since the expiration of the assault weapons ban in 2004 but especially since 2012 when a young man shot to pieces 20 kids in an elementary school in suburban Connecticut.

The Republicans are the problem. They have blocked, time and again, legislation in the Senate that would do something about mass death. They have cited the Second Amendment and its preservation of the right to self-defense as their reason. There's something to that, but only something. It's no coincidence the Sandy Hook Massacre came shortly after the American people reelected the country's first Black president.

Barack Obama's reelection was confirmation that the rules of democracy were no longer reliable. The Republicans have since launched myriad efforts, coordinated and ad-hoc, to change the rules of democracy to give them prejudicial advantage. Behind this effort is an understanding that goes all the way back to the Puritans—that this country was given by God to his chosen, which is to say, to white people. To many white Americans, the election of a Black president was, quite literally, a robbery.

The Second Amendment can therefore be understood as a remedy to the crime, as a means of restoring a religious covenant, the Constitution itself, which for many white Americans is "linked to white nationalism and the idea that God has ordained this country for whites and therefore licenses white nationalist violence," said filmmaker Sierra Pettengill in a recent interview with historian Roxanne Dunbar-Ortiz. Dunbar-Ortiz added: "The Constitution is worshiped as the embodiment of [this] covenant—and so the Constitution for them is the direct word of God giving instructions."

Every day that goes by takes the United States farther away from this covenant, and closer to God's enemies. I think every single shooting massacre, one way or another, is rooted in this political concept: that God's enemies deserve what's coming to them.

We talk a lot about the Republicans and their information bubble. But that does not cause people to believe they are God's chosen. That kind of thinking has been with us since before the founding of the republic. It has always been with us. It will probably always be with us. Whether it has access to real power, however, is the question.