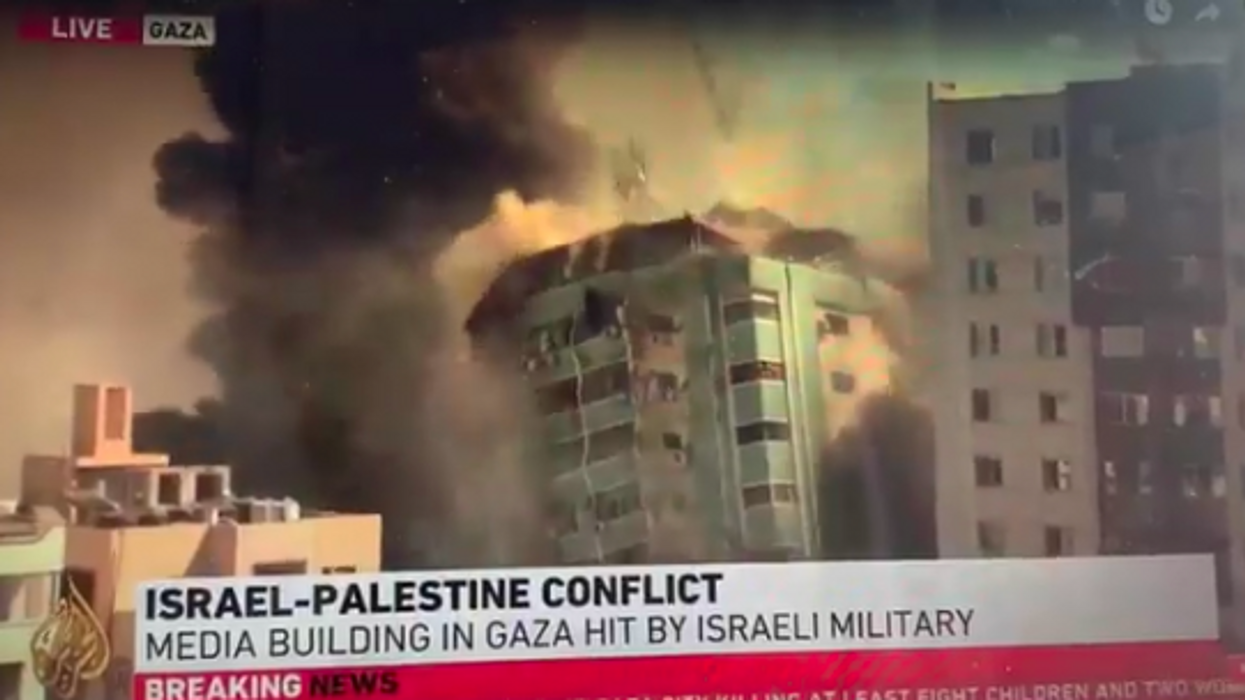 Image via Screengrab.
Jake Johnson
and
Common Dreams
May 17, 2021

A group of nearly 30 Senate Democrats issued a joint statement late Sunday calling for an immediate cease-fire as Israel intensified its bombing campaign in the occupied Gaza Strip throughout the weekend, killing dozens of additional Palestinians and overwhelming the territory's hospitals with wounded victims.

"To prevent any further loss of civilian life and to prevent further escalation of conflict in Israel and the Palestinian territories, we urge an immediate cease-fire," reads the brief statement, which was led by Sen. Jon Ossoff (D-Ga.) and signed by 29 members of the Senate Democratic caucus, including Sens. Bernie Sanders (I-Vt.) and Angus King (I-Maine).

The demand came as the Biden administration continued to single-handedly obstruct the release of a United Nations Security Council statement calling for a halt to the violence as the Palestinian death toll neared 200, with 42 people killed in Israeli airstrikes on Gaza early Sunday—the deadliest wave of bombing since Israel's latest assault on the besieged territory began last Monday.

Introduced by Norway, Tunisia, and China and backed by 14 of 15 U.N. Security Council members, the joint statement "would have called for an immediate cease-fire while condemning both sides for the violence," according to Jacob Magid, U.S. correspondent for the Times of Israel. Such statements must be approved by consensus.

The right-wing Israeli government, meanwhile, has dismissed calls for a halt to its deadly bombing campaign, with scandal-plagued Prime Minister Benjamin Netanyahu indicating on Sunday that the airstrikes on the densely populated Gaza Strip will continue indefinitely.

"We are continuing to act at this hour, for as long as it will take, to restore quiet and security," Netanyahu said in a speech at Israel's military headquarters in Tel Aviv. "They talk about international pressure—there is always pressure but all in all we are getting very serious support."

Speaking to Al Jazeera—one of the media outlets impacted by Israel's bombing of a high-rise office building in Gaza City on Saturday—local health officials said that 1,200 Palestinians have been injured by Israeli attacks since last Monday. Dr. Midhat Abbas of Gaza's Health Ministry estimated that nearly half of the wounded thus far have been women and children.

"They are targeting mainly civilians, these are the victims of this aggression," said Abbas. "Benjamin Netanyahu wants to save himself from jail and so he decided to kill Palestinian children."